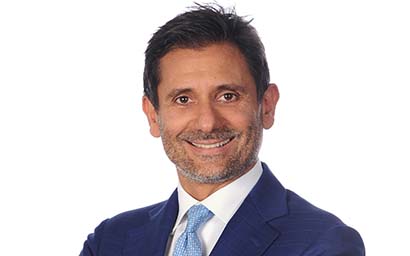 Franklin Templeton has named Gianluca Maione as head of intermediary sales for Italy, in a role based from Milan.

He joins from Ninety One, where he had acted as Italy head for five years.

The appointment comes as Franklin Templeton looks to expand its presence in Italy, according to Julian Ide, the firm’s head of EMEA distribution.

In his new role, Maione’s responsibilities will include setting and executing the strategy for the country’s intermediary channel as well as leading the Italian intermediary sales team, which is made up of six sales distribution professionals.

Quinto said: “One of our main goals is to increase our footprint as a local player and Gianluca, with his proven knowledge of the Italian asset management industry, will be instrumental in strengthening relationships with our distribution partners and lead the development of projects and dedicated activity to leverage the added value of Franklin Templeton's global expertise and boutique specialisation.”

As well as his previous role at Ninety One, Maione has been an executive director focused on business development at Morgan Stanley IM, and previously based in Luxembourg and Belgium.