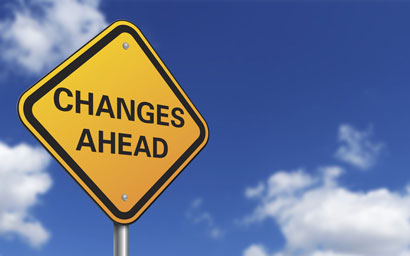 Industry veterans are used to crises – but there is something about this one that sets it apart from others.

Although a market correction seemed to be looming for a while, this one was sparked by something even more intangible than the inner workings of the economy itself: a microscopic pathogen in the same viral family as the common cold – but far more infectious and deadly.

Faults in the 21st century economic model have been laid bare, on a social and economic level, so much so that a Conservative UK government announced state interventionist policies more akin to a party of the left. Policies do little to hide inequality, however, made all the more evident by this highly contagious and deadlier cousin of the flu.

As scientists around the world work to better understand the novel coronavirus, and find a vaccine, a return to any sense of normality still seems a long way off. 2020 has so far been a year defined by uncertainty.

Hannah Skeates, global head of ESG at Wells Fargo Asset Management, tells Funds Europe certain aspects of “business as usual” were already in a state of transition prior to this crisis. “Some significant risks and megatrends and ways of doing business have been discussed at length, and what the current situation does is bring those into stark focus, and makes us consider what we want from business as usual, both immediately and over the weeks and months ahead,” she says.

Looking beyond the crisis and all the heartache it has wrought, there may be an opportunity to implement positive change in society – in the economic, sustainable and social sense – and asset managers, as well as governments, can play a part in this.

According to Colin Reedie, co-head of global fixed income at Legal & General Investment Management, a lot of money will initially be spent on ensuring people can continue to sustain themselves if they work in a sector that is not coming back into action any time soon.

“Longer term, we have a significant inequality issue to address and it may well be, with the fiscal taps, and the QE [quantitative easing] taps turned on, now is the opportunity to deploy a lot of that fiscal ammunition in a way that will start to address that balance,” he says.

Looking forward to the next 12 months or so, a key question for Reedie – who says he never expected the US Federal Reserve to buy high yield bonds before the European Central Bank – is whether the fiscal taps are kept running or not. Either way, he believes the world is not going to be returning to anything that resembles normal over the coming several quarters.

A lot of people will lose their jobs. “How many of these jobs are actually going to come back?” Reedie asks. “And if they don’t, do we have to switch to some form of universal basic income?”

The reason the crisis came about so quickly and severely is “driven largely by the fact that the nature of these particular challenges is outside of the investment community skillset”. Investment managers aren’t, after all, epidemiologists.