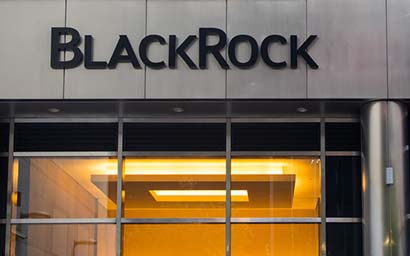 Aladdin, the risk management platform developed by BlackRock, has launched a tool designed to help asset managers quantify and report any exposure to climate risk within their portfolios.

According to the asset manager, Aladdin Climate is the first piece of software to enable asset managers to measure both the physical risk of climate change as well as the transition to a low carbon economy.

BlackRock has also partnered with ESG ratings firm Sustainalytics and financial data vendor Refinitiv in order to add to its library of ESG indicators and in recognition of the growing demand among investors for ESG analytics.

Rob Goldstein, BlackRock’s global chief operating officer, said: “There is no single issue that clients ask us more about than the impact of climate risk on their portfolio.”

However, the unveiling of Aladdin Climate coincides with the mention of BlackRock in a report concerning conflicts of interest rules for EU contracts.

The EU Ombudsman, Emily O’Reilly criticised a recent European Commission (EC) decision to contract BlackRock to advise on environmental regulation for banks. She was responding to three complaints she received over the contract award, two from MEPs and one from civil society group Change Finance. The complaints highlighted the fact that BlackRock is both a major investor in banks and fossil fuel extractors.

O’Reilly’s report cleared the EC of maladministration and did not make any criticism of BlackRock but called for the commission to consider strengthening the conflict of interest provisions in the financial regulation.

“The risk of conflicts of interest when it comes to awarding contracts related to EU policy needs to be considered much more robustly both in EU law and among officials who take these decisions,” said O’Reilly.

“One cannot adopt a tick box approach to the awarding of certain contracts. Treating contract bidders equally is important, but not taking other critical factors appropriately into account when assessing bids does not ultimately serve the public interest.”

A statement from BlackRock issued in response to the Ombudsman’s report, said:  “The European commission has already publicly stated that the technical quality of [BlackRock]’s proposal was the basis for their decision in awarding the mandate. [BlackRock] has taken a wide-ranging and inclusive approach, including academia, civil society, banks, supervisors and market practitioners, and looks forward to completing its work and delivering its final report to the commission.”