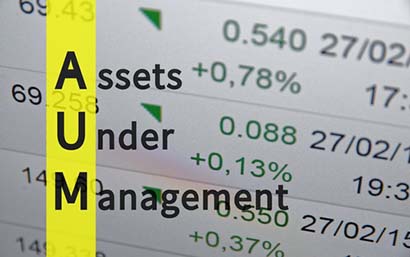 Amundi’s assets under management (AuM) grew to €1.48 trillion euros during the first quarter of 2019, up 3.6% compared to the end of last year, the firm has reported.

Profits also rose to €247 million, an increase of 3.2% compared to the end of Q1 in 2018, despite the quarter being marked by considerable outflows.

The company, Europe’s largest asset manager, suffered outflows of €6.9 billion, continuing a trend seen at the end of Q4 last year, which saw investors pulling out €6.5 billion compared to €39.8 billion of inflows at the end of March 2018.

These outflows were due to “substantial” withdrawals from treasury products as well as the reinternalisation of an Italian multi-asset mandate for €6.3 billion in January, Amundi said.

Amundi’s positive earnings came about due to an improved market environment, albeit with persistent risk perversion, according to the French asset manager.

The Q1 results put Amundi “in line with the roadmap and the targets stated for 2020”, chief executive Yves Perrier said, highlighting the asset manager’s “sharp improvement in profitability”.

The firm also saw a rebound in medium-long-term asset inflows which increased to €1.3 trillion, 3.1% more than Q4 last year.

“Against a backdrop of persistent risk aversion, the turnaround in inflows in medium-long-term assets illustrates Amundi's capacity to meet the needs of all its clients,” said Perrier.