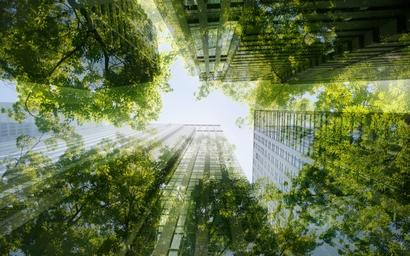 During his time as president, Donald Trump shunned climate science and sustainability, backing coal and fossil fuels instead. Following Joe Biden’s election, sustainability is back on the agenda.

For Florence Barjou, chief investment officer at Lyxor Asset Management, the effects of a Biden presidency from an ESG perspective could be “sizeable and far-reaching” across economies and financial markets.

“The $2 trillion (€1.65 trillion) green plan, devised during the election campaign, will need to be financed somehow, with a boost in green bond issuance an obvious and likely outcome,” she says. Substantial increases in the use of clean energy are to be expected.

“ESG investing could receive a massive boost as a result in a market that, despite its unparalleled size, has long lagged behind Europe, particularly if investment providers can mobilise retail investors and private savings to match the increasing use of ESG products in the institutional market,” Barjou argues.

Data from Morningstar shows that global flows into ESG [environmental, social and governance] funds were up 14% by the end of the third quarter in 2020, totalling $80.5 billion. Europe continued to dominate the space, taking over 75% of overall flows, while the US took 12%.

Data provider Preqin recently stated that “concerns about over-regulation and reporting burdens are acting as a barrier to uptake” of ESG in the US.

According to David Riley, chief investment strategist at BlueBay Asset Management, a Biden administration will be negative for the carbon-based energy sector in the country. But, he adds, it is “a positive development” for many European companies that are global leaders in energy efficiency, clean transport and renewables.

Biden’s sustainability targets include an emissions-free power sector by 2035. This will require a substantial rise in the use of clean energy across various sectors. “The outcome of the US election will reinforce the shift towards sustainable investment, including amongst US investors that currently lag well behind European investors in terms of adoption of ESG principles,” says Riley.

Biden’s election could also prove favourable in terms of the US integrating more ESG practices within its own companies and their investors.

Andrew Parry, head of responsible investments at Newton Investment Management, says: “It also looks more promising at a global level – Korea and Japan have signed up to net-zero for 2050 and, more importantly, China by 2060; even Russia is contemplating such a pledge.”

According to Parry, the US energy market is increasingly driven by pure economics and not policy – and demand is rising for renewables, which are becoming increasingly cost-competitive with fossil fuels.

“Even despite a Biden presidency, the fossil fuel industry is increasingly aware that it faces a challenged future, with demand, even in the developing world, set to diminish over the next decade. In our view, oil companies are also increasing their investment in renewables, carbon capture and hydrogen as they try to remain relevant in a changing world,” he says.

Sustainability is nothing new, as investors around the world increasingly see sustainable strategies aligned to their financial needs – but there is likely to be more growth in ESG investing in the US over the coming years. As Parry says: “Sustainable themes resonate, as they are about where the world is going and not about clinging to the past.”