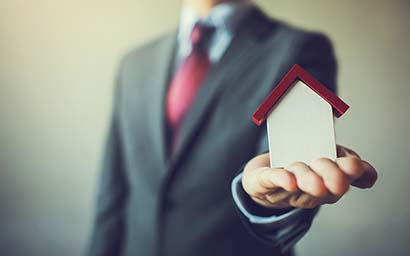 The International Capital Market Association is seeing an increasing need for collateral management knowledge among professionals. Tim Steele asks why.

The past five years have seen a raft of regulation that has reshaped and broadened the collateral management landscape, as regulators sought to address the systemic shortcomings – notably in respect of transparency and risk – laid bare by the 2008 financial crisis and its protracted, painful aftermath.

Since 2013, a series of European regulations – including the European Market Infrastructure Regulation (Emir) and new standards proposed by the Basel Committee of Banking Supervision (BCBS) and the International Organization of Securities Commissions (Iosco) – have redrawn the collateral landscape. In the US, meanwhile, new clearing requirements for over-the-counter (OTC) derivatives contracts were mandated by Dodd-Frank in parallel with Emir.

The result is a much more collateralised world, one into which many buy-side firms have found themselves drawn for the first time. In particular, the mandated shift from bilateral arrangements to multilateral clearing via a central counterparty (CCP) for new trades in OTC derivatives requires investment managers and other buy-side firms either to become direct CCP clearing members or to appoint a direct clearing member to handle those trades on its behalf.

“Collateral management has certainly become much more complex, involving many more rules and much more work, compared to the time before Lehman Brothers went bust – which of course was the catalyst for all the changes that have come since,” says Eicke Reneerkens, head of securities lending at Union Investment Privatfonds.

John Southgate, head of derivatives and collateral product management at Northern Trust, which provides collateral management services, notes that some pieces of regulation have been more transformational than others: “Emir and the BCBS/Iosco rules on uncleared margin rules have had the most direct impact,” he says.

“There is a need to think more holistically about your collateral needs, not just from a back-office operations perspective but what it means from a treasury and funding perspective, through to how it might impact fund performance at the front end.”

If the immediate impact of these regulatory changes has been mitigated in the short term as deadlines for mandatory clearing have been pushed back – not least in the case of pension funds – in the longer term, a significantly more complex operating environment beckons for the buy-side.

“The need to raise cash to fund your OTC business means you are now going to other markets which are margined, and someone has to manage the collateral for those, which increases complexity again around your book of collateral requirements,” says Southgate.

A move to increased tri-party repo trading by corporates, for instance, is bringing new counterparties to the table for asset managers looking for sources of liquidity, he points out.

“Alongside your bilateral book, you are also looking at cleared OTC, cleared repo, tri-party repo and diversifying liquidity strategies, all of which impact the collateral manager. So you are now talking about much more than just a back-office function supporting a margin call or an OTC contract,” he says.

“Accordingly, as an asset manager you need to staff up or outsource those areas, because you will need much greater knowledge around liquidity access and how individual trades will impact your collateral needs.”

Need for knowledge
No surprise, then, that demand for greater expertise in collateral management is on the rise. Citing the new OTC derivatives margining requirements, the International Capital Market Association (ICMA) has highlighted “an increasing need for knowledgeable staff who understand the component parts of the collateral management process that lead to safe and secure processing, and who are aware of the pitfalls that can result in unacceptable exposures”.

Mike Simmons, founder of The Securities Operations & Training Company and programme director for the ICMA’s operations training courses, first put together a two-day course on collateral management five years ago.

“It is fair to say that it has been the most sought-after course that the ICMA offers on the operations side,” he says.

“Many of the larger firms, both sell-side and buy-side, are doing all three, but that is not the case for all firms,” he adds. “Collateral management sits as a discipline in the middle of a whole range of other well-known and existing disciplines. It is a hybrid. While it has been practiced for very many years, notably around repos and lending, its profile has risen enormously in the wake of the financial crisis.”

The emergence of a new collateral management landscape has not so much driven a need for the creation of new functions or departments within firms. Rather, it demands that existing employees and teams expand their skillsets to ensure they are fully cognisant of the new demands and challenges that exist today in relation to collateral.

Collateral expertise needs to be widely distributed across the enterprise, and accordingly Simmons sees a broad array of financial services professionals at his training sessions. They include existing securities operations personnel who want to expand their knowledge; treasury settlement professionals dealing in pure cash; employees with dedicated trade confirmation responsibilities; those working within static data, corporate actions or reconciliations; risk managers and credit controllers; lawyers involved in negotiations with counterparties; software engineers and IT staff; and management consultants.

Broadening horizons
Key to the training is helping staff grasp the bigger picture, says Simmons. It is as much about putting collateral management into a meaningful context as it is about training individuals in specific skills. “There is a risk, which I see repeatedly, that the bigger the firm, the more likely an employee has daily duties that fall within a very narrow set of parameters,” says Simmons.

Accordingly, an individual working within a collateral environment may not be fully aware of where they sit within the far bigger chain of activities and responsibilities that stretches either side of them, or the downstream ramifications of their own day-to-day actions. An understanding of the historical drivers behind the recent regulatory surge – specifically the 2008 financial crisis and the European Commission’s subsequent reaction – also helps his students to gain a better perspective on, and a greater appreciation of, their own day-to-day work and its significance, he says.

“Employees often face a huge challenge when it comes to understanding how all the pieces of the bigger jigsaw puzzle fit together,” says Simmons. “That lack of understanding can result in mistakes and monetary and/or reputational loss. But gaining that insight is often difficult in the course of just doing their day job. Certainly, back when I was an operations manager at SG Warburg, I was very aware of the risks that arise from having team members having only a limited perspective on any particular activity or topic.”

Ultimately it comes down to empowerment. Following any training, the optimal outcome is for an individual to return to their firm and begin asking questions, whether directed at their management team or their colleagues. For instance, how does their firm propose to deal simultaneously with legacy bi-lateral trades and counterparties, as well as centrally cleared and non-centrally cleared trades under Emir? What is their firm doing about becoming a direct clearing member? And if it is not going that route, what steps has it taken to set up an outsourced clearing arrangement?

“Of course their organisation may already have all the answers and have taken the necessary decisions,” says Simmons. “But even if that is the case, that individual will now possess a far greater awareness of the important issues facing his or her organisation. However, anecdotal evidence indicates that many smaller buy-side firms have not yet woken up to the new reality. So it will be hugely beneficial to have someone asking informed questions – and making clear to management that the clock is ticking.”