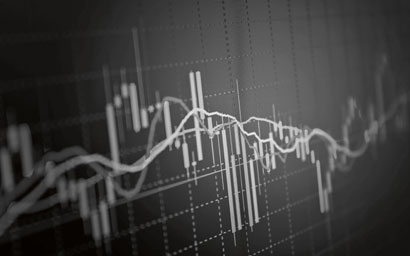 As open outcry trading becomes ever scarcer, Nicholas Pratt asks whether electronic trading has given fund managers a more efficient, effective market or simply made things even more complicated.

Another outpost of open outcry trading disappeared last month when the Chicago Mercantile Exchange (CME) announced the closure of its options pit in New York. This comes less than a year after the CME closed its futures pits in New York and Chicago, ending 150 years of floor trading at the world’s largest derivatives exchange.

There is now just one solitary open outcry pit for the CME in Chicago, trading options and S&P 500 futures contracts. Electronic trading is now as prevalent in the commodities world as it has been in equities, FX and fixed income.

The CME cited a lack of volume for the recent closure but the reality is that the majority of its trading activity had been electronic for a number of years. The trading done in the New York pits represented just 0.3% of its overall energy and metals trading volume.

Some traders still maintain that some options trading strategies are too complex for computers and that is why the open outcry pits still linger on in Chicago (just under half of CME’s options product are still traded on its Chicago trading floors, although this figure was as high 87% back in 2009).

However others feel that the open outcry pits are merely a pandering to tradition in the US given that Europe has traded options electronically for years.

Given the development of algorithmic trading, it seems unlikely that there are any trading strategies left that cannot be algorithmically replicated and that any use of floor trading is merely symbolic. Yet any news relating to a pit closure, even an open outcry one, tends to be divisive as regards the wider impact of technology advancements.

Coincidentally, the UK’s Financial Conduct Authority (FCA) published its study on high-frequency trading (HFT) at the same time. The paper looked at whether HFT is unfair and whether those with the fastest technology are able to prey upon the likes of pension funds and fund managers, the same allegations that have featured in books like Michael Lewis’s Flash Boys.

The FCA’s verdict was inconclusive. “We do not find evidence that HFTs are systematically observing a marketable order on one venue, predicting that a similar order will appear at another venue a few milliseconds (or microseconds) later and trading in advance of the order,” said the FCA’s economists Matteo Aquilina and Carla Ysusi.

However, far fewer fund managers in the UK or Europe are as vexed about HFTs as is the case in the US, where there is a much greater link between competing exchanges. Despite the European Commission’s efforts to create a pan-European trading environment, most trading is still done on a national basis, even though the once-dominant national stock exchanges are now competing with the likes of Bats Europe or Turquoise.

Nonetheless, European regulations like MiFID II are attempting to place supervisory speed bumps in the path of HFTs, requiring such firms to be fully authorised and for trading venues to apply various ratios to the trading carried out by its members.

The attempts to place some kind of restrictions on HFT may prove difficult, though. Just as the SEC in the US is struggling to grant approval to the new IEX exchange which seeks to introduce a time delay designed to thwart HFT activity, it took until late April 2016 for the European regulators to actually agree on a definition of HFT. This suggests that the debate on the merit of HFT will run and run, unlike open outcry trading.