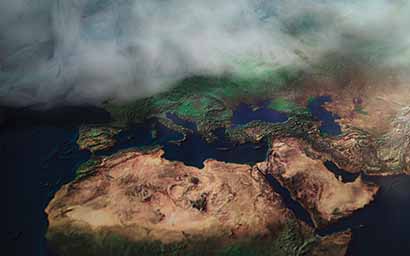 Cross-border rules in the EU relating to Ucits can be complex. For anyone new to the market or in need of a refresher, Ivica Kustura of North University, Croatia, offers a simplified explanation.

Through various innovative regulations, the EU encourages the cross-border mobility of all funds structured as a Ucits – or ‘Undertakings for collective investments in transferable securities’. These funds may be in contractual, corporate or unit trust form.

The main regulations facilitating cross-border distribution are a regulation for an EU corporate entity known as the ‘Societas Europaea’, and then legal instruments – the Ucits Directive itself and the Cross-border Mergers Directive (CBMD).

The EU’s Court of Justice also participates by clarifying European legislation and even broadening its scope, seen in landmark cases such as Inspire Art, Cartesio, Vale and Polbud.

Further mobility is even provided at the individual country level where, based on national legislation, it is also possible to transfer the registered office of a company between 12 European jurisdictions: Belgium, Cyprus, the Czech Republic, Denmark, France, Greece, Italy, Luxembourg, Malta, Portugal, Slovakia and Spain.

At the EU level, the contractual, corporate and unit-trust types of Ucits appear quite different among the EU countries and any fund promoter owning one of these structures should give careful consideration before a move to another European jurisdiction. For instance, the unit-trust types of Ucits exist only in the UK, Ireland and Malta and therefore a move for such structures is possible only among these three jurisdictions.

In the EU we find major use of the open-ended investment company model (also known widely in the EU as the Sicav) and the authorised contractual scheme model (known also as the FCP). These have many equivalent counterparts throughout the EU, and so this article concentrates on these two forms of Ucits structures to understand more about Ucits mobility.

Corporate entity
Remember that there are two sets of regulations that underpin the wide cross-border distribution of a Ucits fund: the Societas Europaea regulation; and the cross-border mobility legal instruments (meaning the Ucits Directive and the CBMD).

We need to bear in mind that here, too, for all the deficiencies in the Societas Europaea regulation, it is necessary to consult the relevant national legislation. And also consider that the cross-border merger procedure of the Societas Europaea open-ended investment company will be regulated by the Ucits Directive.

Cross-border mobility legal instruments
All other corporate forms used by Ucits structures may also benefit from mobility throughout the EU resulting from the CBMD and the Ucits Directive. But here again we need to differentiate between the situation for a management company and for an open-ended investment company.

For a management company generally, the CBMD rules are appropriate, while open-ended investment companies must observe the provisions of the Ucits Directive in relation to the procedure of transfer of its registered office.

However, the Ucits Directive applies only if two Ucits are established in the different member states or two Ucits of the same member state are forming new Ucits in another member state.

Ivica Kustura is a lecturer at North University, Croatia