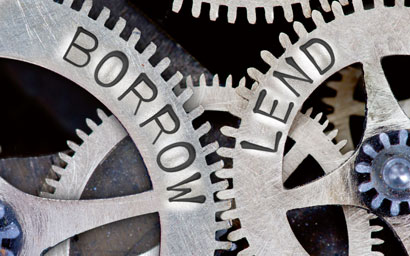 Regulatory-backed restrictions are leading Ucits funds to step back from securities lending. Nicholas Pratt talks to lending agents and prime brokers about the implications.

Ucits funds still account for a large proportion of the securities lending market but the signs are that the activity is likely to decline in the next few years.

The most recent industry-wide report from the International Securities Lending Association in September 2016 showed that Ucits funds account for 44% of the lendable assets in the market – a figure more or less consistent with recent years.

But the proportion of Ucits assets that are currently on loan is just 17%, a decline on previous years. And in the view of lending agents and prime brokers, the growth is unlikely to return in the near term.

“The multitude of new rules have made Ucits funds less attractive to borrowers and while we haven’t seen any stop lending altogether, many Ucits funds have seen their revenues decline and they have started to lag behind other fund types in terms of their attractiveness,” says Paul Wilson, global head of agent lending product at JP Morgan.

The reason for this decline is not down to a negative view of securities lending in itself or a fear about the implications of short selling – as was the case in the immediate aftermath of the financial crisis, when the securities lending market and its participants last faced a significant disruption to the supply of lendable assets. Rather the current issues are down to a series of regulatory changes from the succession of updates on the Ucits framework that have made Ucits less competitive in a securities lending context.

For example, fixed income assets currently account for more than 50% of the securities lending market by loan value and are much in demand from banks because their long-term loan structures help them to meet liquidity capital ratio requirements under Basel III.

Yet Ucits funds are unable to enter into ‘term loans’ of more than seven days, making them inadequate for these borrowers.

Ucits funds also have to abide by collateral diversification rules, such as a 20% issuer concentration limit, which can create problems for specific collateral pools and makes them more difficult to lend.

Another issue is the conflict between ‘pledge’ structures (widely used in the US) versus ‘full title transfer’ structures (preferred in Europe), which rules out a lot of US borrowers for Ucits funds.

Tax harmonisation across Europe has also had a detrimental impact on securities lending revenue for Ucits funds, especially in Ireland where yield enhancement trade depended on tax differences in different domiciles.

And whereas other fund types, like sovereign wealth funds and insurers’ funds, have been able to make up for this loss of revenue in other ways such as investing in alternative assets, some of these may be beyond the scope of Ucits funds due to stricter asset class rules. In addition, the EU’s Securities Financing Transactions Regulation has imposed more enhanced disclosure around securities lending activity that puts a burden on management company reporting.

But by far the biggest issue is the requirement for asset segregation under Ucits V, says Simon Waddington, State Street’s regional head of business development and relationship management. “If the rule is imposed all the way down to the sub-custodian account level, then it would effectively kill securities lending for all but the largest Ucits funds.”

WILL ESMA RELENT?
The European Securities and Markets Authority (Esma) is expected to issue further clarification in the second quarter of the year. The industry is hoping that it relents on implementing full asset segregation and allows the continued use of omnibus accounts, a critical component for efficient securities lending.

“The overriding principle behind these regulations is investor protection and that clearly takes priority over the operational intricacies of securities lending, but the industry has challenged whether there is a genuine increase in protection and does it outweigh the potential impact to costs and liquidity,” says Waddington.

“We use omnibus accounts, but our systems allocate collateral at a fund level, so we are always able to identify which collateral has been allocated to which clients. As agent lenders, it’s our job to highlight the impact of these regulations on our industry, and it’s positive that Esma issued a call for evidence which was very widely responded to,” he adds.

The process of implementing Esma rules is laborious, so repealing any of them is unlikely. And the principles behind them – investor protection, asset safety and greater transparency and disclosure – are hard to dispute.

But lower levels of securities lending is the unintended consequence of the new rules – collateral damage, if you pardon the pun. “If Ucits funds see declining revenues and increased overheads, some may consider their position as it may no longer make sense to lend,” says JP Morgan’s Wilson.

While this may have an impact on the securities lending market, there could also be wider implications, says Wilson. “It will affect liquidity at a time when the ability to trade in and out of investments is really important.”

It will also affect the competitiveness of the Ucits brand when an appropriately managed 40 Act fund is a much easier vehicle from which to lend.

But, adds Wilson: “Ultimately you have to put this all in context. Securities lending is a voluntary activity. You will see some funds increase their activity and others that will step back.”

As for whether the increased asset safety and investor protection is a price worth paying, it is difficult to say, argue lending agents and prime brokers. The benefits are hard to measure and they only become important when the market becomes overly volatile or stressed.

Most lending agents are yet to see any Ucits clients stop lending and some actually lend for more Ucits funds than was the case five years ago, thanks to new clients and expanded mandates from existing clients.

This suggests the rewards are currently worth the effort but no one can be sure how much longer that will be the case.

The biggest losers from a Ucits withdrawal from the market would be the end investor, says James Day, regional head of securities finance at BNY Mellon Markets. For the rest of the market, the slack is being taken up by sovereign wealth funds and government institutions which now account for 38% of bonds on loan, up from previous years. “Both of these sectors understand the dynamics of the securities lending marketplace and where they can further participate,” he says.

“The pressures on borrowing terms are taking Ucits funds out of securities lending, so we are looking to replace them with other client segments, but we are also still engaged with Ucits funds and educating them about the possible ways that securities lending can optimise their portfolios and increase their revenue,” says Day.

The pressures and market dynamics described above, not least the unintended consequences from regulatory initiatives, is making it a much harder sell.

FILLING THE GAPS
If there were a large withdrawal of Ucits funds or a significant decline in securities lending activity, it would mostly be possible to find non-Ucits replacements, says State Street’s Waddington. Sovereign wealth funds and pension funds would easily fill the gaps in the lending of more liquid securities. The problem lies with less liquid assets – such as small-cap equities or emerging markets – and highly utilised asset classes such as government bonds.

“If you have a stock that is close to 100% utilised and you lose say 44% of that supply, it will create a liquidity issue,” says Waddington. “There is still plenty of new business to be found in Ucits funds that aren’t lending already, but there is much more potential for growth and higher returns in less heavily regulated segments.”

So, who would lose out were there to be a significant withdrawal? “Everyone in the chain loses out,” he says. “Ucits funds lose out on returns that, no matter how modest, do help to offset their custody costs, agent lenders lose activity in some asset classes that they will find difficult to replace, and borrowers suffer from reduced supply.”