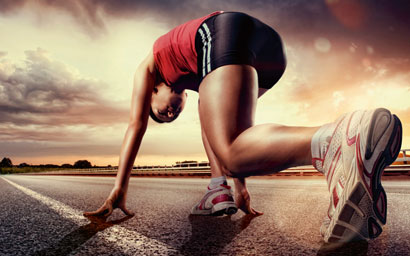 Grzegorz Kaliszuk of Allianz Poland explains how the Polish insurance market is approaching the implementation of Priips following the regulation’s postponement.

In September last year, 24 EU member states called on the European Commission to postpone the implementation of the Packaged Retail and Insurance-based Investment Products regulation, or Priips. Nineteen member states had objected to the Priips regulatory technical standards (RTS).

The RTS determined the methodology for the key information document (KID) that would be distributed to investors who purchase funds governed by Priips.

The European Structured Investment Products Association had also called on the European Commission to consider postponing the Priips application date and the issue was further raised by the European Parliament and by institutional market participants and numerous member states.

Due to the interdependency between the Priips RTS and rules under the Markets in Financial Instruments Directive II (MiFID II), it has been strongly advocated that the two directives be implemented together.

Priips was postponed until January 2018 – a move that was met with great enthusiasm from European and Polish insurance market participants. The exuberance could be tracked on a special Twitter profile dedicated to Priips, replete with posts filled with relief. It is worth recalling that as many as 23 member countries had submitted formal comments on the draft RTS.

WE KNOW THE FLAVOUR OF PRIIPS
In Poland at the end of 2016, there were around 5 million active life insurance contracts linked to insurance capital funds with total gross written premiums of 7.6 billion zloty (31% of the Polish life insurance market, and equivalent to about €1.8 billion) gathered by 27 life insurance companies. All of these contracts would be captured by Priips.

The first consultative meeting of the Polish Insurance Chamber (PIC) on Priips, which aimed to develop a common approach to the shape of the KID document, took place in early July 2016 and was preceded by a few months of preparatory work carried out by every life insurance company. Just after the first three meetings, a special technical subgroup was appointed whose main task was to analyse the RTS. This group consisted of actuaries and product developers. Re-work on the Priips implementation within the PIC will probably start in either February or March 2017.

When it comes to the product information that Priips covers, it is noteworthy that the KID document that needs to be prepared according to RTS methodology will to a significant extent coincide with the ‘Product Charter’ deployed with Polish information standards, together with PIC`s own good practice recommendations for the sale of life insurance linked with insurance capital funds, published in April 2013.

The Product Charter was subsequently identified as one of the main information requirements indicated in Recommendation U issued by the Polish Financial Services Authority and addressed to the banks that distribute insurance products. Finally the charter was sanctioned with the amended Insurance and Reinsurance Act, which came into force in January 2016.

THE BIGGEST CHALLEGE
The RTS draft was submitted to the European Commission in March 2016 and published just a week after. The new regulations were intended to cover closed-end investment funds as they are classified as alternative investments.

The biggest challenge for compiling information in line with RTS methodology is ‘multi-option products’ (MOP). The key is knowing whether each and every fund must have a separate KID, or if just one KID can be prepared for a group of funds of the same asset class.

It is as crucial to keep in mind that the presentation of Priips products must refer to what are called the ‘market risk measure’, the ‘credit risk measure’, and the ‘liquidity risk measure’ (which are required by the RTS) while indicating three possible scenarios for performance. (This scenario approach is exactly the same as contained in the ‘Product Charter’).

The PIC forum has widely discussed the number of risk indicators in view of their annual or more frequent systematic review. KID distribution also really matters in the Priips` discussion in the light of ensuring their availability for every client at each phase of product life-cycle. The biggest problem identified in this area stems from the extremely high costs associated with KID distribution, and the necessary updating of documents – and maintaining of IT systems – associated with every fund. Thus outsourcing of Priips handling is being seriously considered by Polish insurance companies due to a lack of appropriate risk assessment tools in-house, and enough human resources.

UNCERTAINTY CONTINUES
The Priips application date has been postponed and discussions about the RTS are still taking place – as indicated by a letter from the European supervisory authorities (ESAs) circulated in December. The European Commission invited the ESA to submit its proposals for revisions. The proposed action plan covered performance scenario calculations, treatment of MOP products, along with insurance costs-and-benefits comparison.

EBA and Esma were prepared to support proposed revisions to the RTS, but EIOPA was unwilling to agree on it. The main concerns of EIOPA are related to MOPs, RTS credit risk mitigation factors, and criteria to determine whether a comprehension alert should be included in the KID. It still remains unclear how the European Commission will take the RTS forward. Assuming the Commission submits a revised draft RTS to the Parliament and Council, there would be a further three-month period for Parliament and Council to review the updated RTS.

Whereas the one-year delay of Priips was intended to provide insurance market players with more time to prepare to discharge the regulations properly, regrettably the latest development is likely to limit the timespan considerably.

It is noteworthy that the Polish legislative and insurance environment has taken very consistent steps successively from 2013 towards increasing the transparency of insurance products; hence to a high extent, Poland is prepared to implement the Priips – thought there is still the challenge created by RTS uncertainty.

However, the Polish insurance environment is working on a scenario-based approach to that matter, which increases the chances for a rapid implementation of the RTS standards when they are finally developed.