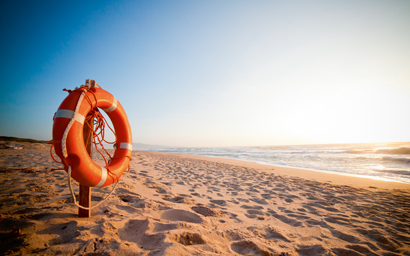 Following a study of asset manager data, John Dowdall of Silverfinch finds that most insurers have not changed their asset allocation, despite the advent of Solvency II.

Over the past few frenetic weeks, we have contacted some of the largest asset managers in Europe, with assets totalling the equivalent of €4.4 trillion, to ascertain progress on Solvency II activities.

Our first consideration was asset allocation. Had it changed due to incentives to move into lower risk classes? Equities for OECD countries carry a 39% capital charge, sovereign bonds can carry as little as 0%, and corporate bonds range from 3%-23% dependent on their investment grade.

In the early years of Solvency II planning, Axa Investment Managers estimated that insurers pulled €500 billion from equity markets in anticipation of the new charges. This later found its way back into stocks as insurers sought higher returns. With estimates from the so-called QIS5 (Fifth quantitative impact study) in 2010 estimating that insurers held roughly 44% in corporate bonds and equities, and 27% in sovereign bonds, we thought it worth investigating whether the eventual introduction of the new rules would see significant flows from higher to lower-risk strategies.

Not so thus far, according to all of the fund managers we spoke to.

OVERCOMING LOW YIELDS
The overriding driver of asset allocation remains the low-yield environment and overcoming that is still the main reason for investors placing their assets in certain classes – this isn’t too surprising, as the point was made that investment decisions are often about meeting liabilities many years down the road and planning for those remains a top priority, even if it does require some greater capital to be laid aside. If insurers do start making efficiency changes in relation to the charges this will probably not be for another six to 12 months.

Drilling down further, we were told that there were a lucky few insurers who were so far ahead of the game that they had taken steps over the past two years in this space. However, for the majority, capital charges were not top of the agenda: still taking primacy in Solvency II planning for most was dealing with their internal models.

That said, it was pointed out that the ability to wait and deal with the charges depended on the insurer’s capital situation. Those in a more advantageous position could afford to be more blasé – those with less capital to play with were being forced to focus on the issue sooner. Avoiding the largest charges in credit was thought likely to be the insurers’ highest priority when reorganising their portfolios.

Most of the asset managers wanted it put on record that when insurers eventually do get around to considering their asset make-up, that they don’t focus so much on capital charge efficiency that they lose out on investing success.

DELAYS AND INCOMPLETE DATA
Respondents generally cited that the lack of change in asset allocation was due to a more general tardiness in dealing with Solvency II. The investment managers we spoke to were not particularly surprised by this, given that the entire process has been rife with missed deadlines over the past few years.

Even with insurers now having to provide granular details on their holdings, most asset managers have yet to face a deluge of information requests. It seems to be widely accepted that most insurers won’t be posting perfect Solvency II reports in the near future, but that regulators, mindful of their own contribution to the delays (lack of clear guidance and slow implementation) will be pragmatic in how they deal with this in the first few months of operation.

The most significant issue reported in relation to data transfer was the fact that many ratings agencies are demanding individual agreements with insurance clients in order to allow them access to the data they need.  With asset managers restricted on confidentiality grounds from giving details of their insurance clients to these agencies and many smaller insurers wary of the costs, it seem that this issue may hamper progress for some time.

WHAT DO INSURERS WANT FROM ASSET MANAGERS?
It was taken as read by the asset managers that there is a certain minimum that insurers require: it’s implicit in many requests for proposals they are receiving that adequate Solvency II reporting will be mandatory. Increasingly, funds are being designed to be Solvency II-ready from a reporting viewpoint, and providing assurance to insurance clients of the entire chain of look-through data was seen as something that would be part of the fund manager duties eventually. One respondent went so far as to claim that the Solvency II reporting at his firm was considered in line with normal reporting duties for clients – the real acid test of whether an asset manager was considered ahead of its peers was whether it had made an effort to construct new products and services.

We had felt in the past that the desire to streamline the reporting process would lead to insurers rationalising their investment strategies into fewer asset managers. This trend may in fact be further driven by asset managers looking to deliver overarching solutions to their clients – after all, an all-encompassing solution by its very nature will normally be provided by one investment house, thereby leading to larger, chunkier mandates up for grabs.

One of the areas where it was felt that solutions could be provided was in the field of conventional assets delivered with a derivative overlay (the overlay helps to reduce risk). It’s thought unlikely that smaller insurers will be able to afford to purchase overlays on their own (these have also gone up in price, given recent market volatility) and therefore asset management groups might spot a gap in the market and offer funds with such a feature.

CHALLENGES FOR ASSET MANAGERS
For those asset managers still committed to the insurance market, a considerable concern in the Solvency II process so far has been the heterogeneity of client requests – at this stage, there seems to be no commonality in the issues they are dealing with. The biggest concern, however, was the delay in progressing Solvency II – with the dust yet to settle, this means that asset managers are still directing a greater resource to this issue than they would have liked at this stage. It was suggested that many hadn’t fully anticipated the huge burden that would be placed on them – for some of the smaller asset management groups, if they want to continue to serve the insurance community, then they are likely to have to seek help from an outside group that can take on some of their Solvency II-related activities.