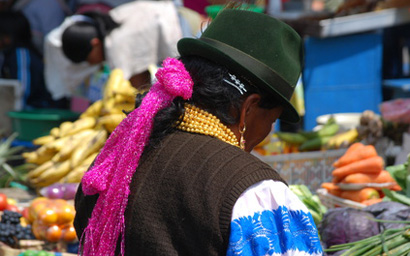 Latin America was the most popular emerging market for hedge fund activity as capital invested in vehicles focused on the region saw the largest percentage increase in the first quarter of the year.

The capital levels of hedge funds focused on Latin America rose over 15%, according to data from Hedge Fund Research (HFR). But it wasn’t just Latin America that did well in gathering assets.

The data provider said that the quarterly asset increase of over 6.5% included an inflow of nearly $2.3bn in new capital as well as $5.1bn in performance-based gains.

In terms of performance, the emerging market hedge funds tracked by HFR posted narrow gains of 0.96% for the first quarter of the year. However, the year-to-date performance of 2.80% showed that the funds successfully navigated the inflation-sensitive declines earlier in the year as well as the social and political unrest in the Middle East.

Hedge funds focused solely on this region however had no escape. The HFRX Mena Index declined 4.34% in 1Q11.

As investor appetite for emerging markets continues, Kenneth Heinz, president of HFR, said: “As a direct result of the strategic specialisation, sophistication and improved structure of emerging market hedge funds, the number of funds located in Brazil, China, Russia, Singapore and UAE all continue to grow, and we expect this trend to continue in 2011 and in coming years.”

The importance of Latin America to the hedge fund world was also highlighted earlier this year when the Hedge Fund Association, the US-based trade body, expanded into the region.