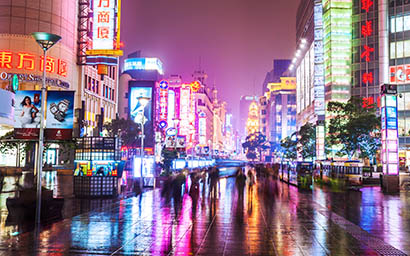 David Whitehouse explores the global implications of new voluntary guidelines developed by insurer Ping An and other Chinese companies.

Fund managers have given a guarded welcome to China’s first voluntary framework for corporate ESG disclosure, which came into effect at the start of June.

Chinese insurer Ping An and other domestic companies helped develop the guidelines, published by the China Enterprise Reform and Development Society. Ping An says that common international ESG rating standards are difficult to match with operating conditions in China and that the move guidance is based on “relevant Chinese laws, regulations, and standards”.

Most Chinese companies do not have established processes for gathering ESG information, and lack people trained in doing so. But ESG disclosure has slowly become widespread. According to JP Morgan, 86% of the companies traded on the CSI 300, a China stock index, produced ESG reports in 2020, versus 49% in 2010. And a group of third-party ESG rating providers have emerged, including Wind and SynTao Green Finance.

In the first three quarters of 2021, the number of ESG public funds jumped, with 48 new products launched, close to the total of the previous five years. Ping An says its rating system can provide ESG scores for 3,900 A-share companies every quarter, which it uses in its investment process.

The exercise is “public relations more than anything else,” says Jerry Wu, a fund manager at Polar Capital in London. He sees it as a positive step once the spin is stripped out.

Ping An is more internationally minded than most insurers in China, and about 20% of companies listed in mainland China, mostly the larger ones, have some form of voluntary “barebones” disclosure requirements, he says. These cover areas such as emissions and waste-water management. More mandatory disclosure requirements for listed securities, Wu suspects, will not be far away.

According to a report by Invesco in January, local ESG data firms struggle with a lack of comparable historical data for Chinese companies. The key point, Wu argues, is to achieve global standardisation and avoid “international silos. Finance is a global industry” and standardisation is needed to allow capital to flow freely. China is working with Europe on such an approach. Standardised international data would then allow ESG assessments to take local factors into account, which will make the job easier for fund managers, Wu adds.

Wu points to SF Holdings Logistics Services, one of China’s logistics service providers, as an example of what can be achieved. The company provides delivery, warehousing and cold-chain transportation. Wu recalls that it historically scored poorly in terms of external ESG rankings. But when Polar Capital did its own research, it found that the company had performed well in reducing its carbon emissions.

According to Sustainalytics, the company has an ESG risk rating of 19.1 on a scale of 0 to 100, which puts it in the “low risk” category. Part of the difficulty, Wu suggests, is cultural, in that disclosure in China is not a routine task. Polar Capital encouraged the company to disclose and engage more with MSCI, which led to its ratings being improved.

“If more Chinese companies are willing to do that, perceptions of the country’s ESG profile will be much better,” Wu says.

Retail investor protection
Solutions, of course, do not lie in China alone. There are more than 200 Chinese companies listed on major US stock exchanges. The US does not require listed companies to publish ESG reports. This creates a potential lack of transparency, especially as institutional investors hold more than 70% of US-listed Chinese equity.

Hong Kong’s stock exchange has required listed companies to publish ESG reports since 2016. Lee Gao, a buy-side analyst at Harding Loevner in New York, sees the new mainland China initiative as a “transitional step” before disclosures become mandatory in the next couple of years. Harding Loevner holds shares in Ping An.

Gao argues that a lot of progress has been made over the past decade in Chinese corporate disclosure requirements. Most shareholders in China are still retail investors, so the regulator actively tries to defend them, he says, for example in the requirement that meetings between managements and groups of institutional investors must be disclosed. In ESG terms, the Chinese framework is now broadly similar to that in Japan where disclosures are also voluntary, he says.

That leaves both countries lagging behind Singapore, where corporate ESG disclosures are mandatory. Gao is confident that international standardisation can be achieved. “By and large Chinese people care about the same things as those in the rest of the world.”

African oil pipeline
Nikesh Patel, head of client solutions at Van Lanschot Kempen in London, sees the move as a step forward. “It will be easier to assess, refine and improve the disclosure framework once it actually exists, rather than endlessly debating how to make it perfect at the outset,” he says.

ESG standards in the West have in the past, and perhaps even now, been “merely window dressing or routes to greenwashing”, Patel says. “It is hard to imagine the Chinese framework becoming accepted if there was a lack of implicit government support or encouragement.”

Patel argues that the current voluntary nature of the requirements is not a cause for concern. “Voluntary standards are an excellent way to demonstrate that such standards are not insurmountable or costly burdens, which can then help to dismiss the most common objection to any standards at all.”

China has set targets of reaching peak carbon by 2030 and becoming carbon-neutral by 2060. But companies have a long way to go before convincing some investors that the stated aims are realistic. China said in 2021 that it would no longer fund new coal projects overseas, but that excludes any commitments on oil and gas projects.

Together with TotalEnergies, the China National Offshore Oil Corporation (CNOOC) is one of the main investors in the East African Crude Oil Pipeline, which is planned to connect Lake Albert in Uganda with Tanga port in Tanzania. Many international banks and insurers, including HSBC, Barclays, BNP Paribas, Credit Suisse and Munich Re, have said they won’t take part.

Ping An investor Harding Loevner is still willing to consider new investments in fossil fuels. Juliana Hansveden, an emerging markets fund manager at Ninety One in London, says the firm does not invest in fossil fuel companies as “the externalities are too great. There is no investment case to discuss.”

ESG reporting in China is still at a low level, which means there is greater potential for progress than elsewhere, and there may be a case for investing into that improvement, she says.

A sustainability approach that turns capital away from China will not succeed and investor engagement, Hansveden argues, is the only viable option. “There is no way to net zero without China.”

‘Lazy’ temptation
According to a 2021 white paper from the World Economic Forum (WEF) and PwC China, companies in China need to progress from a focus on short-term revenue to a broader ESG strategy that addresses the concerns of different stakeholders. Companies trying to improve ESG reporting face a shortage of qualified professionals and a lack of internal expertise, the WEF says.

That means short-term costs such as hiring scarce ESG skills and setting up internal reporting systems. The WEF argues that the costs are worth it, with long-term benefits in improved risk management, new ESG-related opportunities, enhanced brand values, lower costs of capital, ESG-index inclusion and stronger ability to attract talent. The report says that Chinese public pension and sovereign wealth funds, which rank among the world’s largest, have the potential to create major stimulus for domestic ESG assets. The growth of China’s middle class will mean more retail interest in ESG investing in the long term, it adds.

The virtuous circle sounds attractive, but the case remains to be proved. The Ping An move, Wu says, is “system-positive”, but there is “a lot of greenwashing in the process”. There is a danger, in China as elsewhere, of “easy screening gimmicks”, Wu says. He sees a risk that more data will make the funds industry “lazy” and tempted to put an ESG label on a fund supported by the new disclosures. “I worry that it will also happen in China.”

Hansveden at Ninety One agrees that relying on company disclosures or third-party ESG ratings is inadequate. “Investors will need their own framework and process” for generating ESG assessments, she says. There’s no substitute for one-on-one conversations between fund managers and their companies, she adds. “There needs to be a proprietary framework. An active manager should not sit and wait until disclosure is good enough.”