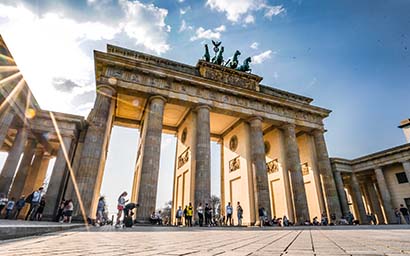 Social distancing has challenged German shareholder democracy, writes Pete Carvill – but after a series of virtual AGMs, asset managers are keen to get back to the real thing.

Germany’s Covid-19 emergency legislation “massively restricted shareholder rights” during the 2020 AGM season, according to the country’s funds association, the BVI. The trade body opposed the rules, calling for change. In part, this was because the 2021 AGM season was to be enormously important for shareholders, who for the first time would have the opportunity to vote on remuneration systems for executive and supervisory boards.

Fortunately, German authorities took a tougher stance on how companies managed their AGMs. In December, the state amended the Covid-19 Act, which had been passed originally in March 2020 with relaxed rules for AGMs that were seen to favour bosses. The December amendments rebalanced in favour of shareholders, giving shareholders at AGMs not only the opportunity to ask questions, but the right to receive responses to those questions.

Before the pandemic, physical AGMs often called for people to travel to meeting venues and could last for multiple days. Although it varied, attendance was often tremendous. One person interviewed by Funds Europe recalled a German AGM meeting that had so many shareholders, it had to be held at the Olympiahalle in Munich, which can seat up to 15,500 people.

Times have changed. The Covid-19 Act pushed companies to move their physical AGMs to a virtual format. From March 28 last year, it allowed management boards to hold their meetings virtually and was slated to be in effect until the end of the year. (It was later extended for 12 months in October 2020.)

The legal firm Skadden wrote at the time: “Since German stock corporations require an in-person AGM at least once a year — in part to resolve annual dividend distributions to their shareholders — current meeting and contact restrictions due to Covid-19 are a huge constraint for companies’ operations. As a result, several large German public companies have already postponed their AGMs. However, given that a number of corporate measures require shareholder approval, these delays put companies in awkward positions.”

Nowadays, a virtual AGM held over the internet resembles a huge Zoom call, with stakeholders listening in from wherever their home office is. The social aspect of it has changed, say some, with networking opportunities and spontaneity being lost.

A number of provisions were laid out under the March 2020 law. Firstly, the holding of a virtual meeting still required the approval of the supervisory board.

In addition, the event had to be livestreamed in its entirety; shareholders needed to be able to cast votes, ask questions, and object to resolutions without being present; and the management board, including the chair and notary, were required to be physically present at the venue.

The act also shortened the notice period from 30 days to 21 and allowed AGMs to be held at any point in the year.

The December changes were welcome for shareholders because, as Thomas Richter, head of the BVI explains, the earlier March Covid-19 Act had made life easier for companies. Companies subsequently pushed back on the December amendments that rebalanced shareholder rights.

“The first law made things easier for them [companies], and they loved it,” Richter says. “It meant that all they had to do was give a speech that could be watched over the internet while taking no questions. They didn’t appreciate the December change that gave us back most of our rights.”

For Richter, most of the Covid-19 Act from April was an affront to the status quo. “In Germany,” he says, “the history of AGMs has been one of shareholder democracy. The rule has been that every shareholder can join, ask questions, file motions and, ultimately, get answers.”

The big change in March, he adds, was that companies were obligated to give answers before that point. “With the online AGMs,” he says, “they were able to choose what they wanted to answer and could then drop a load of other questions. The whole thing was insufficient. December corrected that.”

Of the two main changes in December – the right to ask questions and receive answers, and the extension of the deadline to pose those questions – the latter seems to be considered almost inconsequential and cosmetic, though Dr Ralph Schilha, writing for law firm Noerr in December, said it presented companies with “particular challenges”. Even Richter admits that it does not do much.

Barriers for shareholders
But the former, according to those interviewed, presents technical challenges that have not been properly addressed. There are also concerns that companies and boards are using the limitations of what is available to erect barriers between themselves and shareholders.

“All AGMs in Germany that we’ve participated in have had a shareholder portal,” says Dr Vanda Rothacker, an ESG [environmental, social and governance] analyst at Union Investment who deals with and attends AGMs on its behalf. “In order to get on that portal, we need sign-in details and a password. That’s not been straightforward; they’ve been sent via the post to our offices when we’ve been working from home.

“It was only after we had these details that we could send in questions, and then only through the portal. Most of the companies would not accept questions by email.”

There are other practical issues, says Michael Maldener, managing director at Nordea Investment Funds. “How do you know when to give someone the floor? People can stand up and raise their hand in a physical meeting, and then get the microphone to ask questions. That’s dealt with digitally with things like chat functions.

“All this orchestration, about supporting the meeting with the technical infrastructure that is needed, adds another layer of complexity.”

Rothacker goes further, saying that the current set-up reduces transparency and traceability. Questions are bundled together anonymously, she says, often making the AGM harder to follow.

“There’s also nothing in place for follow-up questions,” she adds, “and we are not able to give a speech to the management board. Only one organisation in Germany, which has been Deutsche Bank, has allowed shareholders to give live statements to the AGM. That type of dialogue is important.”

Richter at the BVI also singles out Deutsche Bank for its AGM. “It was excellent,” he says, “because every shareholder had the right to ask questions. There was a real dialogue. So, if Deutsche Bank can do it, so can all the others. But they’re reluctant to do so because it’s cumbersome and the questions vary.”

Culture of engagement
Maldener, however, remains somewhat positive about the shift to online. “Using digital means of communication is likely to change the culture of engagement,” he says. “There’s a couple of ways to look at it. If someone takes the effort to physically get to an AGM, the likelihood that they’ll raise their questions is a bit higher. But if it’s digital, then it’s much more convenient for people to get access.”

He adds: “There’s a lot of digital innovation. You see service providers offering dedicated service with things like algorithm-based voting behaviours. Over time, we may even see physical or digital meetings, done with real people, disappear completely.”

Rothacker says there is too much complexity, and too many corners for companies to hide behind, for virtual AGMs to remain a fixture. “The regulations here in Germany are not at the point where they can only hold virtual AGMs,” she says. “It seems that there will be some efforts to get there, but we could not support this with the form that virtual AGMs now take. There are too many disadvantages.

“But a virtual AGM could be a good add-on to the real thing.”

In the meantime, Rothacker says, Union Investment will continue to attend. She ‘went’ to more than 25 virtual AGMs last year, with a similar number scheduled for 2021. All that remains is to keep plugging in, showing up, and pushing for some sort of return to normality.