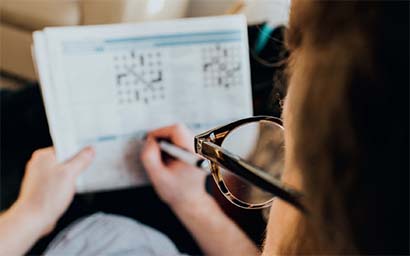 There are at least two major obstructions for fund management firms seeking a revolutionary change from the world of digital: regulation and technical expertise. But what is in little doubt is the opportunity offered by digital assets to the industry.

Funds Europe research, in partnership with technology provider Calastone, found interest in digital assets. Respondents to our ‘Future of Distribution’ signalled interest in cryptocurrencies and tokenised funds - but these areas were by no means the only areas of digital development. 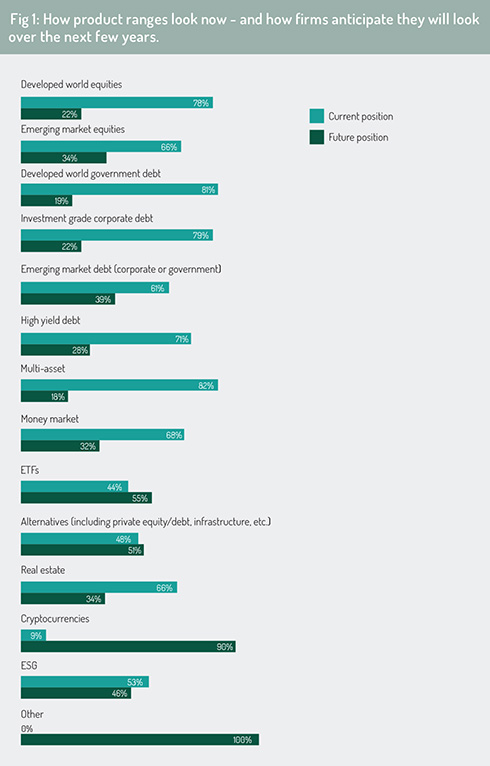 As fund managers turn towards the future, there will be more demand for technology that solves problems with distribution. Firms will require tech to help distribute new and existing products into more markets and through newer channels. This is indicated in our survey. Of the fund management respondents who cited ‘digital’ as a top-three key driver for distribution currently or in the future, 61% rated as an important factor affecting distribution in the coming years.

And although ‘access to digital assets’ did not rate highly as a way for the industry to improve access to new and existing investors, ‘simpler onboarding such as 1-click buying’ and ‘mobile and social media’ did, at 76% and 55%, respectively. These are clearly challenges that distribution managers want to get right.

‘Tokenised funds’, meanwhile, showed tentative signs of becoming increasingly important. Although only a small number of respondents said tokenised funds were or would become ways in which investments are delivered, the figure jumps from 9% of those that selected this to 91% who see them as a future means of delivery.

ETFs will continue to grow: 63% of those that selected ETFs said they would deliver investment to clients this way. This may well be an unsurprising find, but Keefe suggest there could be problems as providers pursue active forms of these vehicles.

Simon Keefe, global head of product at Calastone, says: “The ETF model has worked for 25 years and continues to grow; however, the infrastructure and administration model underpinning ETFs is even more complex than mutual funds and is the main reason why active managers have not been able to get to a price point that makes sense to run active ETFs at scale.”

He adds: “Tokenising the full distribution and administration chain allows for both the real-time distribution experience and secondary market associated with an ETF – but at scale, through a whole new digitalised administration and asset management ecosystem which allows active managers to compete with, and even surpass, passive ETFs.” 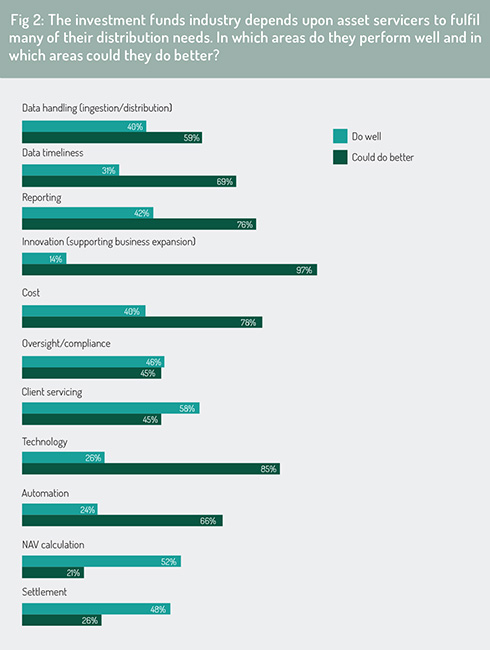 Blockchain; artificial intelligence’s application to managing regulation; and the mass personalisation of funds. These are areas where fund managers could ramp up distribution capability with technology. As they do this, fund firms will almost certainly lean on their asset-servicing providers – mainly the custody banks – for support.

Outsourcing partnerships between asset managers and custodians are longstanding, often span the globe, and increasingly extend to unlisted assets like private equity (another area, incidentally, that could be tokenised in order to reach a wider range of investors).

But could there be question marks around the capabilities of major asset servicing firms to help fund managers develop digital-assets capability?

We asked fund managers which services or solutions that support fund distribution are done well by their asset servicers, and which need improvement (fig 2).

To start with, the results indicate that some of the more mature services are perceived to be done well, at least largely. These are client servicing, NAV production, oversight & compliance, and settlement.

The score for ‘innovation (for business expansion)’ is notable: 14% of respondents who selected to give us their opinion on this said asset servicers provide this function well – but 97% still said firms should do it better.

Keefe says: “This is a very valid point at present. We know that not only is the current fund administration ecosystem run on aged technology for the most part, but the processes which go along with these business models are not robust enough to start to think about onboarding new, advanced asset types unless they look and feel like something that exists today.

“There is a huge opportunity for asset servicers to get ahead of the curve here and upgrade their solutions to cope with digital assets and the lighter-touch model required from TA through to custody.”

The meaning of innovation in our survey may not only imply crypto; ‘innovation’ could have been interpreted in other ways – for example, in the asset servicing industry’s longstanding problem with interoperability, or newer tasks to do with digitalisation.

But traditional service providers would do well to fear disruption from newer providers. In March this year, WisdomTree, an ETF asset manager, announced the appointment of Coinbase Custody as a custodian for the WisdomTree Bitcoin ETP, an exchange-traded product listed in Switzerland.

Coinbase – whose CEO and co-founder, Brian Armstrong, was previously at Airbnb – became in June the first crypto custodian to be granted a licence by Germany’s financial regulator, BaFin.

So far, European regulators have been more amenable to crypto product development than in the US, where VanEck, another ETF provider, has seen a decision by the Securities and Exchange Commission to authorise a crypto product launch postponed several times.

Keefe says: “Regulation is always a concern when it comes to adoption of any new and existing asset type. However, we have seen moves from a number of more forward-thinking regulators in the past 12 months to get onboard and this has been helped by incumbents in the fund industry, accentuating the positive customer outcomes that become available through a new digital asset ecosystem, including transparency, cost and the appropriateness of advice outcomes.”

The main challenges, he adds, will be trying to retain the “robustness of the decades of client protection” afforded by current regulation, plus the ability to ensure investors are correctly advised about investing into digital assets.

For Keefe, this means that when looking at current digital exchanges and crypto-distribution methods, it will be equally as important for the product issuer to be able to see through to the end client.

When Fidelity Investments launched Fidelity Digital Assets for European investors in December 2019, the offering included crypto custody. Further to this, Fidelity – along with Zodia Custody – became a custodian to TP ICAP’s London-based digital assets trading platform, which was announced in June.

TP ICAP said the lack of a fully regulated market infrastructure and post-trade processes has held institutional investors back from entering the market, and Simon Forster, co-head of digital assets at the firm, said most execution venues also acted as custodians. This poses challenges from a conflict-of-interest perspective and results in fragmented liquidity, he said. A separation between custody and execution services will serve to “entice” institutional clients.

Keefe, again, says: “It is key to bring the current market along on the journey for a shift into digital assets to succeed to meet investor demand, but it’s not only about the administration; the distribution model has to be open enough to reach current distribution partners.

“There will be the need to run a model which can satisfy the old and the new at the same time, something we are very cognisant of.”

The full Funds Europe/Calastone research report, called ‘Fund Management Future of Distribution Survey 2021’, will be published during the summer.