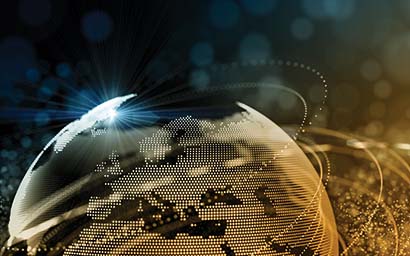 Nicholas Pratt looks at Jersey’s efforts to develop itself as a fund distribution hub to global markets.

Jersey has enjoyed a sustained and significant growth in its funds business in recent years, with assets under management (AuM) growing 13.8% year-on-year and a near doubling of Jersey-based fund promoters in the past five years. A large reason for this growth has been the increase (14%) in the number of fund managers seeking authorisation in Jersey to market their funds within the EU.

Jersey is also in the rare position of being a potential beneficiary from the current uncertainty over Brexit. “Jersey offers a future-proofed, no-change regime post-Brexit. Whatever form Brexit takes, Jersey is able to continue operating seamlessly,” says Elliot Refson, director of funds at Jersey Finance.

This is because Jersey has a relationship with both the UK and the EU which should not change as a result of the UK’s divorce from the bloc, making it a domicile with a high degree of certainty in a period of uncertainty, says Peter Rioda, independent non-executive director and Jersey Funds Association committee member. “We are not part of the EU but we have been successfully distributing into the UK and Europe for many years and we expect that to continue. So the prospects for Jersey are good in the short and medium term.”

Brexit effect
Brexit uncertainty has led some fund managers to look for an onshore presence within the EU. Luxembourg has benefited from this, especially among those funds that are focused on European investors. But there are also some impressive statistics that show the growth in Jersey’s funds market. There has been a 23% increase in AuM for alternative funds and there are more than 200 funds using Jersey’s new private fund structure.

“Jersey is seen as a compliant and well-regulated jurisdiction that is not part of the EU, but is well connected to the key EU markets,” says Rioda. However, he also highlights the capacity constraints that are faced by successful fund-friendly jurisdictions such as Jersey. “Jersey can cope with its current rate of growth but service levels suffer if growth is much higher, as is currently the case in Luxembourg. It is important not to overreach.”

Nobody knows where Brexit is going to end up, but Jersey has prepared for the worst scenario, according to Mike Jones, director of policy at the Jersey Financial Services Commission. “The Jersey funds industry has signed a memorandum of understanding (MoU) with the Financial Conduct Authority in the UK which allows for the same distribution and marketing access to UK investors in any event. And in terms of Europe, we remain a third country.

“We have also been amending our legislation when or if the UK leaves the EU. For the UK managers looking for access to the EU, the uncertainty does not help them. We have a mature legal framework and the Brexit uncertainty elsewhere has created an uptick in Jersey. The fund managers and service providers that are considering the need to choose either the EU or the UK as their headquarters have found that it is not a binary choice and there are other countries.”

However, is Brexit a good thing for Jersey? While the domicile is very well positioned compared to the UK or the EU, it is not good for Jersey that both are in such an uncertain state, says Rioda. “We want our biggest trading partners to have certainty and to be economically buoyant because our long-term success is linked to theirs. We are not rubbing our hands together over Brexit.”

Best of both worlds
Brexit and the Alternative Investment Fund Managers Directive (AIFMD) have also raised questions for Jersey about which is the preferable option for accessing the EU – the national private placement regime (NPPR) or the EU’s AIFMD passport.

The AIFMD attempted to apply similar principles as those used in retail fund distribution to alternatives. It could be interpreted as an unnecessary approach, as they are not protecting retail investors, says Simon Page, global head of fund services at Hawksford. “Alternative funds are distributed with intense due diligence and subject to greater governance. AIFMD has made distribution into the EU a little slower and more difficult, and costlier as a result,” he says.

Jersey offers the best of both worlds, says Page, with an attractive marketing route under NPPR in the EU for managers who raise funds that are targeted to EU-based investors, or the option to opt out of AIFMD compliance where EU investors aren’t being targeted – something that could not be done if they were EU-domiciled and subject to the full AIFMD regime. The AIFMD passporting regime allows AIFMs to market to EU investors – something only EU-domiciled funds can currently do.

There is provision for third countries to be granted these passporting rights and the European Securities and Markets Authority (Esma) concluded that there are no obstacles to the extension of this passport to Jersey. This is something that has not yet been completed due to the ongoing political events in Europe, but Jersey is well positioned once this topic is back in the spotlight. The EU will continue to push its model as a global standard, but without the UK and with a successful NPPR track record, it remains to be seen as to whether this will become the global standard.

“Some managers may want the passport because it provides full compliance and extra due diligence when marketing to the EU. Jersey put itself in the frame for the full passport when it got the approval of Esma,” says Page. “It was originally a regulatory issue but has now become a political football, regrettably. But once Brexit is resolved, the issue of passporting can be revisited.”

“Accessing EU investors via the NPPR is working very well,” adds Christopher Griffin, a partner at Carey Olsen. “Assuming that NPPR remains an option when full passporting also becomes available, managers will have an interesting choice to make about which option to take. It will ultimately boil down to deciding which EU jurisdictions a fund manager is looking to access and weighing up the ease of such access against the higher cost of regulation which comes with full AIFMD compliance.”

Looking further afield
As important as Brexit may be, it has also served to encourage Jersey to look further afield for distribution prospects. “Globalisation is still a key trend in the funds industry and this fits well with Jersey’s ambition to become a global fund distribution centre,” says Page.

“The success of global managers is dependent on quick access to international markets. Jersey is well placed to facilitate cross-border transactions. The investor base is still very global and we continue to attract capital from the key private equity and venture capital investor markets of the US, the UK, Asia, the Middle East and continental Europe.”

Jersey has announced plans to open its first office in the US later this year, adding to its existing international offices in Dubai and Shanghai.

Another of its strengths is the close cooperation between the regulator, the funds industry and the government, designed to make the jurisdiction as effective as possible, says Page.

There is also the benefit of Jersey’s common law framework, which is akin to the UK’s and will be more familiar to US and Asian investors than the civil law framework adopted by many of the European jurisdictions. Not only does this help Jersey compete with the likes of Cayman and the British Virgin Islands for US managers’ business, it also offers an alternative option to the onshore EU domiciles like Luxembourg, says Rioda.

“In some ways, Jersey can’t compete with Luxembourg on size, but Jersey has a niche and is often better suited to managers with a significant rest-of-world investor base and investment strategy,” he adds. “Jersey doesn’t need a large share of the global market. We have our sweet spot, our niche, and we are very successful within it.”