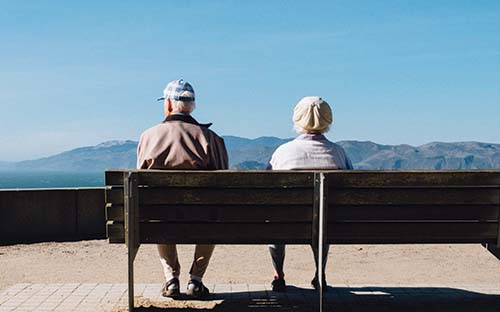 Last year, the EU approved the Pan-European Personal Pension. Grzegorz Kaliszuk of AgioFunds takes a look at the details.

Over the next 50 years, the ratio of retirees to people in working age in the EU will double. Currently, there are four working people for each pensioner. In half a century there will be only two people working for each retiree. Unfortunately, today less than a third (27%) of working-age Europeans save for a private retirement.

The individual pensions market is very fragmented. There is a diversity of regulations at EU and national level and it hinders the development of a competitive market for pension solutions. It should be remembered that there are still countries where there are almost no pension products.

PEPPs will be available from insurance companies, investment companies, banks and asset management entities – but is only intended to complement existing pensions. What is also very important is that the PEPP will also support the European Commission action plan for creating EU capital markets (the so-called ‘Juncker Plan’, or Investment Plan for Europe), which aims to strengthen the European financial system. It is assumed that as a result of EU citizens investing in a uniform retirement programme, the supply of capital for long-term investments will increase.

Another important driver for this project was to reduce the huge gap between last salary and first retirement payment.

It is the European Insurance and Occupational Pensions Authority (EIOPA) that will grant permission to operate as a PEPP supplier. The PEPP designation will only be used if EIOPA has given the appropriate authorisation. The abbreviation PEPP itself is to be a kind of quality mark, a guarantee of product reliability.

The assumption that has guided this project from the very beginning is that PEPP must be price-competitive compared to solutions existing on domestic markets – else people may not be interested.

How PEPP should work
Equal tax treatment in each member state is an important aspect of the PEPP framework. Also, the Commission encourages member states to ensure PEPP availability is equal to similar national pension products and it is generally assumed that legal frameworks would allow providers to reduce operating costs and, therefore, costs for customers.

PEPPs will be portable between member countries, and between providers within the same country every five years (or according to the terms of the PEPP contract – still unresolved). This principle is intended to guarantee the right to retain all tax privileges associated with continuous investment in the same product. The saver will be able to request that savings balances be transferred from PEPP accounts maintained by the current supplier in country A to another PEPP account established with a new supplier in country B.

Another important feature of the PEPP will be rigid information requirements for investors, and distribution rules, including through online channels. At the pre-contractual stage, the PEPP supplier and distributor will be required to provide key product information (in accordance with the Priips regulation). At the contract stage (after the conclusion of the contract), product suppliers will be required to provide “information on benefits from PEPP”.

Product suppliers will use the EU passport to facilitate cross-border distribution. National financial supervision authorities (the same ones that supervise Priips products) will supervise the correctness of PEPP product design and distribution rules in a given member state.

During the capital accumulation phase, the PEPP supplier will have the primary responsibility to provide a safe and sound investment policy framework by acting as a prudent investor. The saver will be able to choose from five investment options, one of which will be the default one, guaranteeing the recovery of at least the invested capital (including all costs charged).

Better Finance – the European federation of investors and financial dervices users – want to see the introduction of three major changes in the final shape of the PEPP product. These changes are:

The European Commission in September 2016 - in its communication entitled ‘Capital Markets Union - Accelerating Reform’ - announced a legislative proposal on a pan-European product to do with individual retirement savings would be published in June 2107, which did happen. However, it is worth noting that both the Council and the European Parliament have been seeking this initiative since the beginning of 2016.

It is estimated the first PEPP products will appear at the end of 2021.

The need to increase pension awareness and to encourage Europeans to save for a peaceful autumn of their lives is beyond dispute. An initiative from EU authorities aimed at harmonising the pension product market and reducing the cost of pension products – while also increasing their transparency and, above all, giving the product ‘mobility’ - will certainly help to bring about model conditions of retirement security for residents of the Old Continent. But we still have a long way to go.

Grzegorz Kaliszuk is director of sales at AgioFunds TSI S.A.