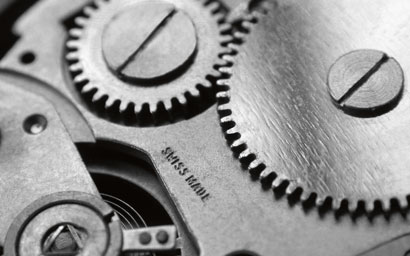 Certain companies that are seemingly exposed to major currency risk still have the luxury of attracting investors. Wolfgang Fickus of Comgest explains why.

The euro has lost close to 20% of its value against the dollar over the past year and even decreased in value against a number of emerging market currencies such as the Indian rupee, Chinese renminbi and the South African rand. Along with the collapse in oil prices, the dollar move has also been grabbing headlines in 2015.

These currency swings have to a large extent disturbed the view for organic and underlying growth trends and for equity investors, the currency decision has been the predominant driver for returns over the past year (see table opposite).

Now the question for us at Comgest as long-term quality growth stockpickers is: what does the euro weakness mean for our portfolio holdings? Over the short term, the euro moving 20% in relation to the dollar is by no means unusual. Currency markets have always been volatile and we witnessed similar swings during the unravelling of the financial crisis in 2008, the euro crisis in 2010 and the European recession in 2012.

Over the past decade, however, weakness has driven the euro’s value relative to the dollar to near historically low levels. This scenario raises a question regarding the possible impact of a weaker euro on the long-term competitiveness of our European portfolio companies.

In very general terms, the question is whether capital returns and/or the growth of a company can substantially change over the long term due to currency fluctuations.

Over the past 50 years, nations such as Germany, Japan and Switzerland have defended and in many instances extended their leading position as manufacturers (for example, in automobile and watch manufacturing) despite decade-long appreciations of their currencies. 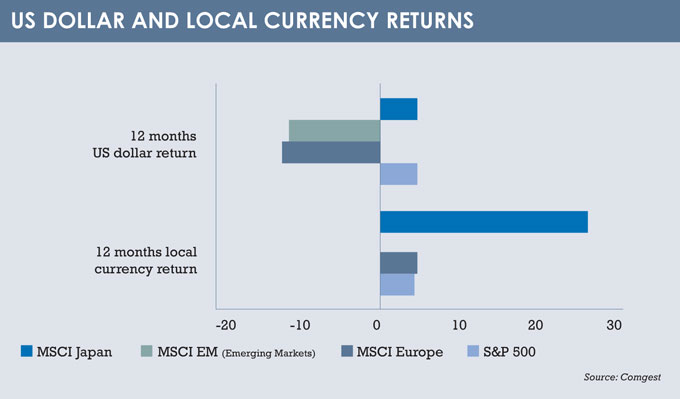 Over the same period, other nations such as the UK, Italy, France and the US to a certain extent have witnessed a gradual erosion of their industrial and manufacturing base, despite depreciation of their currencies.

These facts indicate that currency appreciation, in isolation, is unlikely to undermine competitiveness.

Our conviction is that quality determines competitiveness. What we mean by that is a durable competitive advantage a business enjoys and that typically gives it pricing power.

For instance, competitive advantage can come from size and economies of scale, technological leadership, innovation or from brand.

THE SWISS WATCH
On a country level, it is soft and hard infrastructure which determines competitive advantage. Skilled and trained labour forces are a substantial part of soft infrastructure, which is unlikely to come and go with short-lived currency moves.

Let’s take the example of the Swiss watch industry (to be more precise ‘mechanical’ watches as opposed to electric or quartz watches) and the ‘Swiss Made’ label that goes with it.

Despite the Swiss franc’s unstoppable appreciation against all major currencies, Swiss Swatch Group, Richemont and Rolex have dominated the global watch market for decades. They also feature among the top 10 global luxury brands.

It is the solidity, heritage, reliability and longevity of the Swiss Made watch that determines its brand appeal in the luxury segment of the market. The brand appeal is based on a specialised workforce and has resulted in stable investment returns among luxury Swiss watchmakers despite the headwind of the Swiss franc, which has continuously appreciated over the decades.

Without taking this long-term view, one might think that Richemont has a currency issue. Its manufacturing hub is in Switzerland. Comgest estimates that around 25% of its cost base is denominated in the Swiss franc, corresponding to a substantial currency transaction exposure. But Richemont’s Swiss Made label is at the very heart of its competitive advantage in combination with its portfolio of well-known brands such as Piaget, Vacheron, Jaeger-LeCoultre, IWC, Baume & Mercier.

Thanks to its brand strength anchored in the Swiss Made label, Richemont was able to raise its prices in the aftermath of the Swiss franc’s recent 15% jump, which followed the decision of the Swiss National Bank to abolish the peg to the euro. All Swiss luxury watch producers are in the same boat in this regard. More interestingly, luxury goods boast positive price elasticity, so raising prices is not only feasible, but often has a positive impact on sales as it raises the desirability of the product to the consumer.

There might be short-term blips, such as the VAT hike in Japan in April 2014, which distort trends, but this is rather a timing issue and less a structural issue for the industry.

The recent currency gap, which has widened between Europe and mainland China, seems to have led to some price cuts in the soft luxury segment of the global luxury market. This seems to be an exception, though, rather than the rule in longer-term luxury pricing trends.

It is worth noting that France has its fair part of the global luxury industry. Hermès is the ‘Rolls-Royce’ among its peer group and boasts a strong euro production base. Its supply constraint and artisanal business model secures a long waiting list for its products, further raising the pricing power of the Hermès brand. Forex impact could be positive in 2015, both on a transaction and translation basis, with part of this effect being delayed until the following year due to hedging. But is that the reason for us to invest in Hermès? Certainly not.

Let’s finish this view of the luxury market with something that is common to us all: bargain hunting. When the end-of-season sales begin, you can buy everything at bargain-level prices. Most things, in any case: if you plan to buy a Hermès tie or a Rolex on sales, you may be disappointed.

If you are looking for a cheap deal, I remember seeing some friendly vendors in the streets of Rome and Pisa, but if you try to cut corners on price, you will live to regret it, particularly if the handbag is meant as a present!

Wolfgang Fickus is a member of Comgest’s investment committee