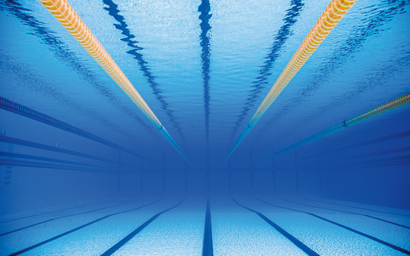 Alix Robertson asks whether the launch of an S&P 500 Bond Index that runs parallel to the original S&P 500 equities index is an effective way for investors to access the fixed income space.

In July, index provider S&P Dow Jones Indices (S&P DJI), launched a product to track the performance of debt issued by the majority of constituents of the S&P 500, saying that the index was the first of its kind to use this method as a way of accessing the fixed income space.

The S&P 500 Bond Index is priced in real time throughout the day and directly corresponds to movements in the US bond market. It currently tracks the debt of 430 S&P 500 companies, reflecting more than $3 trillion (e2.7 trillion) in debt outstanding and $3.8 trillion in market value.

S&P DJI says it offers a previously unavailable level of transparency to the pricing of debt on the US companies found in the well-known equity index, allowing investors to perform a side-by-side analysis of the performance of US equity and bond markets.

The index is weighted by the market value of the bonds and has a maturity requirement of greater than one month, making it liquid enough also to act as the basis for exchange-traded products (ETPs) and structured products.

“We saw many reasons why now is a good time to take on this big build-out and one of the main reasons is that this is quite possibly the end of a six-year bond rally, which could have significant impacts on bond portfolios on a global basis,” she says.

McArdle adds that regulatory changes such as Dodd-Frank, Basel III and the post-Libor landscape have negatively impacted the liquidity in bond markets.  She says investors are searching for more transparency and different ways to achieve alpha, and S&P DJI sees the new index as a response to these changing needs.

TAKING ADVANTAGE
JR Rieger, global head of fixed income indices, S&P DJI, says another factor that has led to the launch is an increase in debt issuance over the past six years.

He adds that he sees the current environment as particularly favourable for the issuers of corporate bonds: “The rates are still low and a lot of corporations are taking advantage of this by attempting to bring debt or borrow additional funds at the low rates that the environment currently offers them, prior to the Fed making a change.”

The S&P 500 Bond Index is primarily aimed at an audience of passive investors, but S&P DJI has also seen interest from pension and insurance companies from a benchmarking perspective. Looking to the future, S&P DJI is developing a European example of the bond index. McArdle says the company is also discussing options in the exchange-traded fund (ETF) space.

“We are in talks with several ETF providers about possibly looking at some products that will allow a direct comparison between the two indices and have both in there,” she adds.

“Just by belonging to the S&P 500 index, these companies are highly researched by analysts worldwide,” he says. “Additionally, investors may benefit from price transparency on the underlying which isn’t always easily accessible.”

However, he adds that he thinks the index is no guarantee of making safer corporate bond investment. “It is not a fundamental index strategy, as belonging to the S&P 500 universe does not necessarily make you fundamentally sounder.”

He explains that, due to the index methodology, if a company that is large and over-indebted is part of the S&P 500, it will still be overweighted. “The market cap weighting principle for bonds is even more an issue than for equities.”

“I thought it was quite interesting, trying to reflect effectively what the debt looks like for the same companies in an equity index. It’s a useful comparison,” he says. However, like Millet he also sees potential drawbacks to the methodology.

“What I would highlight maybe as a criticism is that ultimately it doesn’t solve the real problem for investors in debt, which is that you’ve got to have some way of reflecting more systematically whether that debt can be supported – none of the traditional benchmarks including this particular index really solve that.”

He adds that LOIM has put together its own set of fixed income indices that are focused on fundamentals: “They address very directly what proportion of your money should you be lending systematically to companies or to sovereigns, over the long run.”

For this index series, companies are weighted based on factors such as whether their earnings can support the debt or whether they have sufficient free cash flow, rather than by the market value of the bonds.

The LOIM fixed income indices span a number of different areas and the firm has also gone on to create ETFs based on them. LOIM initially reached out to institutional clients, but the suite has also attracted independent financial advisers (IFAs), retail investors and third-party distributors.

“Hopefully we’d become a one-stop shop for everyone who’s got a concern about the current illogical nature of fixed income investing today,” he concludes.