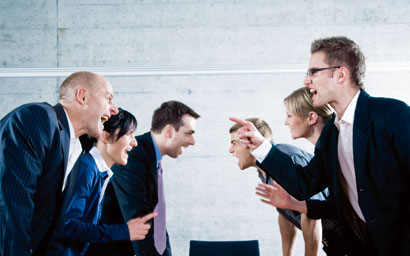 Activist hedge funds have grown in popularity and produced decent returns – but as David Stevenson reports, the tactics of some have sparked controversy.

Alliance Trust is under pressure from US hedge fund investor Elliott to elect three new non-executive directors (NEDs) to its board. Elliott is backed by Institutional Shareholder Services (ISS), which published financial information purporting to show that Alliance Trust is trailing its peers’ performance. Alliance Trust’s head of investor relations, Evan Bruce-Gardyne, claims there were factual inaccuracies in it.

The campaign is public and a far cry from the softer, behind-the-scenes ‘engagement’ method that many fund manager shareholder activists use. Elliott is wreaking havoc on a 127-year-old financial institution and aggressive tactics like this call into question, for some, whether activist hedge fund methods of this type are fair and if funds have the long-term interests of their investors in mind.

Dan Mannix, chief executive of RWC Partners, which runs three activist hedge funds, says: “There’s one approach which is to build up stakes in a company and by association try and make significant changes in their balance sheet, or try and break them up.”

He adds: “Our approach is about identifying companies where our involvement can change the company to improve its long-term ability to create value.”

Mannix is not a fan of the more aggressive engagement. “If you are looking for a short-term gain, you need to have built your stake before your involvement becomes public knowledge, otherwise you miss the main opportunity. That’s where people become cynical over activists: the noise starts once they have a very large position, then they hope people will follow them into the stock,” he says.

That noise uses PR and media – methods that perhaps the more refined engagement activists will use only as a last resort.

Olivier Lebleu, head of international business at Old Mutual Asset Management (OMAM), says: “There’s no doubt that a lot of financial analysis goes into the research, but all of the PR action is done to cultivate a public following over the position you’ve taken.” OMAM has many active managers “you’ve never heard of” because they engage with companies one-on-one.

Alliance Trust itself will have frank discussions with companies it invests in when it thinks performance is below par. In doing so, it is acting in the long-term interests of shareholders, says Bruce-Gardyne. “You take the view that you want to buy the company and develop that relationship with that company. Some activists appear to stir things up and extract value in the short term and get out.”

Alliance Trust holds around 70 equities. Its strategy is to be active with companies, engage with their boards and look to cement a long-term relationship. Bruce-Gardyne points out that engagement is set out in its Stewardship Code, although he says there is a difference between engagement and disruption.

In cases where no one has the power to challenge the board, then activists are useful, Bruce-Gardyne says, though he is dubious of certain funds that have a set agenda and which he thinks are not interested in the broader shareholder base.

But activist hedge funds, largely based in the US, have a variety of approaches so it might be wrong to cast them all as short-term opportunists.

In one case, US activist hedge fund Jana Partners stopped short of suggesting that Qualcomm split its company into two entities, instead asking why it would not do so. In a statement released by Qualcomm, the company said it “welcomes input from our stockholders, including Jana Partners, and we are firmly committed to maintaining an active dialogue with all stockholders and to acting in their best interests”.

It didn’t address the idea of splitting the company in two, instead focusing on the strong financial position it was in. It appeared to try to placate Jana with the announcement of a $15 billion share buy-back.

“People that put pressure on the board for share buy-back or an increase in dividend, I don’t think it creates anything positive apart from short-term gain,” says Nicolas Rousselet, head of Unigestion’s hedge fund investment activities and managing director in Geneva.

LIQUID VS ILLIQUID
For certain activist hedge funds, the more illiquid a company is, the greater the draw to invest in it. “We think there is an alpha opportunity with engagement and highly concentrated portfolios for those that can cope with the illiquidity,” says Mannix. He explains that the liquidity point signals a fund is a long-term investor and says it’s vital to be able to maintain holdings in companies throughout very difficult periods.

Hedge funds by their nature have restrictions on redemptions – even the largest players have lock-out periods, according to research by data provider Preqin. Activist funds like Nelson Peltz’s Trian Partners have longer redemption clauses, since it takes longer to implement strategic change in the companies it has invested in.

Interestingly, then, investing in a company with liquidity problems suggests the investment is for the longer term. There’s a direct correlation between liquidity and the time spent by an activist hedge fund invested in a company. Those who want to implement longer-term change, like Trian Partners and RWC, might be looking at a period of three to five years. Others who are looking for a quick uptick in stock prices may be invested for significantly shorter periods.

However, there are other reasons why investors might shy away from illiquid positions: the liquidity trap. Investing in illiquid companies is not for everybody, as the experiences of recent years – such as hedge funds being caught in illiquid assets while markets were turning downwards – have shown.

“We don’t appreciate so much the illiquid side because, if the market turns, you’ve stuck yourself in order to be activist. We don’t like this strategy as it creates illiquidity and you restrict yourself,” says Unigestion’s Rousselet.

SMILE FOR THE CAMERAS
The investment community is divided over whether to use the media to further an activist campaign. It may bring your cause to the forefront of investors’ minds, but to more reserved investors, it may appear uncouth. It’s a tactic, though, that Elliott has employed with gusto, running a media campaign to encourage  shareholders to vote for their proposed NEDs. Alliance Trust has also been active, warning its investors in a strongly worded letter that the nominees are the “thin edge of the wedge” in Elliott’s plans.

In some markets, such aggressive tactics might not pay off, Mannix says. “In certain parts of Europe and Japan, if you gain a reputation for being very public about what you’re trying to do, it can be counterproductive.”

Attempting to exert influence through the press, he adds, could jeopardise the hedge fund’s own sustainable investment strategy. Having a hedge fund on the shareholder register may intimidate the management team, should they perceive it as aggressive and overbearing. In the long term, this matters. For hedge funds seeking short-term gains, it probably doesn’t.

“A lot of activism is PR acting as a proxy for an investment thesis,” says OMAM’s Lebleu. “What activists don’t like to admit is what they spotted was spotted by others a long time ago, but they need CNBC to make them superstars.” His firm eschews the use of the media to put pressure on one company. OMAM has 50 bets and doesn’t have all its “eggs in one basket”.

Bruce-Gardyne talks of one activist fund that broke up its holding into 100 separate entities and claimed to be 100 shareholders. “It’s all about using the letter rather than the spirit of the law to get their way,” he says.

However dubious some of these strategies seem, investors in activist hedge funds have been enjoying decent returns this year – so, while it can be disruptive, it may also be lucrative.