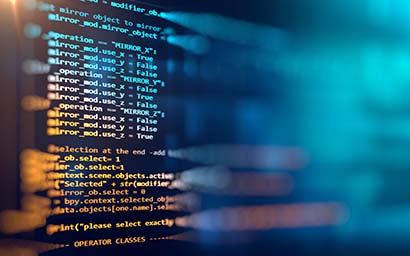 At the 2017 Funds Europe Awards, a special commendation was awarded to Poland-based software firm Metrosoft for Fundsphere Terms, a web-based application for managing mutual fund sales agreements (MFSAs) between fund promoters and their various counterparties.

Of particular interest to the judges was the origin of the service and the fact that it was developed from an industry initiative that started almost ten years ago. This was led by Noel Fessey, at that time Schroders’ global head of fund services, in 2009 and aimed to address a longstanding industry issue: the endless paperwork and processing involved with MFSAs. In other words, customised documents written by lawyers, printed on to paper and signed in ink.

As Metrosoft chief executive Janusz Lorenc says: “It was a well-known problem in the industry but few people wanted to admit it existed and how much it was costing companies.”

Fessey, now CEO of Luxembourg-based European Fund Administration, managed to bring together 35 organisations – asset managers including BlackRock, Franklin Templeton and Schroders, asset servicers such as JP Morgan, Brown Brothers Harriman and BNP Paribas, industry bodies such as Swift, Efama and Alfi and three software companies – to address the issue and look at standardising the process more.

An initial industry briefing, published in January 2009, outlined its objective – to show how the development of open standards could help standardise and automate the mutual fund sales agreement with no loss of flexibility or competitive potential. Thus the MFSA working group was born.

Metrosoft was one of the three software companies on the technology stream. However, the initiative died away before being revived in 2011, when the scope of standardisation was widened.

Lawyers
For Fessey, the big problem with the MFSA process is the prominant role of lawyers who may know the law but do not know how commissions or billing works. “They put in things we don’t want and leave out things that we need,” he says.

Ambiguous prose, incomplete data, wet ink signatures and inconsistent calculations all contribute to a dysfunctional process that costs time, money and goodwill, says Fessey. “Instead of leaving the respective legal teams to send drafts back and forth, why not use document assembly technology and commercial data compiled according to a flexible syntax system and shared semantics using software that ensures completeness and correctness?” he asks.

The group looked at all the common templates used by managers and then developed a common syntax to remove ambiguity from the process. It then looked to translate the sales agreement into an ISO20022 message that was Swift-compatible and enabled counterparties to exchange agreements electronically.

Once again Metrosoft was enlisted as one of the software providers. “We thought the idea had legs and we were invited to an Irish Funds UK Distribution Working Group Roundtable Workshop in London in 2015 to explore it further,” says Lorenc. This was followed by individual meetings with top asset managers.

In 2014, when a major global fund manager decided to re-engineer its sales process and was looking for a software partner, Metrosoft was duly commissioned to implement Fundsphere Terms, its own service for standardising terms of business such as MFSAs. The syntax specification that had been developed in 2012 by the working group was updated and a 2.0 version of the system was delivered in 2016.

Metrosoft is now developing Terms for other clients while positioning it as one of three core products within the Fundsphere suite, alongside Navigator (its core system for transfer agents) and Compliance (for KYC reporting, sanctions screening and other compliance tasks required when opening accounts).

The scope of Terms goes beyond the MFSA and the aim is to use it to describe and standardise all terms of business, says Lorenc. “We hope that, given all the pain involved with the current unstandardised and manual processes, this will become an industry standard sooner rather than later.”

EU encouragement
The potential of Terms to be a utility for digitised collaboration between asset managers, distribution platforms, distributors and transfer agents for MFSAs, compliance and legal agreements has been recognised by the European Union, which awarded Metrosoft a grant in July 2016 of €1.8 million from its Horizon 2020 research and innovation programme.

For asset managers, the cost of buying, licensing and implementing Terms is easy to justify, says Lorenc. “In today’s market, the process for creating sales agreements is not fit for purpose. Lawyers spend nine months converting the deal into a contract fee, leaving the operations teams to try and decipher the contract to understand the deal. The legal document is often ambiguous.”

This is not laying blame on the legal profession, by the way. Lawyers do not make a great margin from drafting commission arrangements and would rather be focusing their efforts on restructuring deals or litigation.

By using Terms and agreeing to adapt any legal agreements to the software’s standards and templates, firms will not only save time on the formation of these agreements. The data contained therein can be properly captured, treated and stored, becoming a valuable and usable resource in the hands of an operations team, says Lorenc.

For example, by studying the terms of other arrangements, an ops manager may discover that a distributor has been underpaid (or overpaid) for years, forcing the firm’s chief executive to issue a reputation-destroying apology to that distributor.

This value is also set to increase in the age of MiFID II, where all sorts of transactions, from securities trades to fund distribution agreements, will be subject to more recording and reporting. Furthermore, the standard may also be used in conjunction with other similar standards such as the Legal Entity Identifier, which is set to become much more prevalent in the near future.

In addition, the use of lawyers and legal teams is only increasing due to the rise in regulation, so anything that helps to significantly reduce these legal costs through standardisation and automation has to be welcomed, says Lorenc.

The funds industry has often struggled with standardisation and many firms have been reluctant to make the proper investment needed to tackle the issue, or to be flexible enough to adapt their operations to standard technology rather than the other way around. Perhaps Fundsphere Terms will prove to be the turning point for these firms.