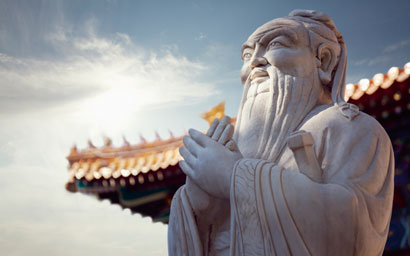 The Chinese economy has slowed lately in the face of necessary structural reforms, but China’s moment in the sun may be just around the corner. Both as a global economy and as an asset management market, China, in the eyes of many, is poised to lead the world.

Of course, China has been poised to take centre-stage in the global economy for some time, but some believe the recent change of government in the USA has hastened this. The world’s second-largest economy has been liberalising for decades, notes Jan Dehn, head of research at Ashmore, the specialist emerging-markets investment manager, and the ascension of Donald Trump to the presidency of the United States means it is now the world leader on economic issues.

Claiming that the vision set out in President Trump’s inaugural speech was a de facto abdication of America’s erstwhile role as undisputed global leader on economic issues, Dehn backs up his thesis by contrasting the US president’s view that “protection will lead to great strength and prosperity” with Chinese President Xi Jinping’s message at Davos that “protection is like locking yourself in a dark room”.

If the US has abdicated its role as global leader on economic issues, the new world order this changed situation creates won’t just be a challenge to policymakers in the US; it will be a challenge to the finance industry too.

“The handover of global economic leadership will severely challenge the finance industry, which is usually desperate to be seen to be on the side of power,” says Dehn. “The US economy is still bigger than China’s and global financial markets are far more invested in the US than in China. The finance industry now finds itself in the uncomfortable position of having to justify the usual bullish stance on the US, despite the fact that even half-educated economists can tell you that the policies under consideration by the Trump administration will have a negative impact on the economy.”

At the same time, latest statistics from Brand Finance show that Chinese financial brands have become more valuable than US financial brands for the first time. China’s bank brands now account for 24% ($258 billion, equivalent to €242 billion) of the total brand value of the Brand Finance Banking 500, with US banks accounting for 23%.

All of this means that for European investment managers, the time has come to step up investment in China.

China potentially offers better prospects for investment growth than the US and European markets, despite a possible short-term slowdown if the US introduces what Jade Fu, investment manager at Heartwood Investment Management, calls “harmful tariffs, which may affect the profitability of Chinese exports”. But not only that: the country’s domestic asset management market has huge business potential too.

“There is still a lot of potential for further growth.”

And as the market grows, investment overseas is expected to rise sharply from a low base. Until 2014, most Chinese investors were focused on the booming domestic market, as is normal in an emerging market, but that has changed as the domestic market has become more volatile and the yuan has depreciated.

“There is quite some demand from Chinese investors for foreign exposure, primarily for diversification,” says Dolan.

Testament to that demand is the trade in investment quotas that has developed since the Chinese authorities decided to halt the granting of new quotas under the Qualified Domestic Institutional Investor (QDII) scheme last year. Statistics from the State Administration of Foreign Exchange (SAFE) show that $90 billion in quotas was granted to 132 qualified institutions between the scheme’s launch and March 2015. Since the granting of quotas was suspended, commissions charged by institutions for quota use have risen to 2% and beyond, according to Caixin Online.

However, this trade too may soon cease. The suspension of new quotas was designed to stem capital outflows from China, but in view of the Chinese government’s overall direction of travel, Dolan is confident new quotas will be granted again before too long.

“It’s a key objective for the government to steadily open up the economy,” he says. “It’s only a matter of time until the QDII regime is reinstated. We certainly expect to see significant demand when the suspension is lifted.”

In 2016, China Post Global gained its first foothold in the European market by acquiring a range of European ETFs from the Royal Bank of Scotland. This year, the company plans to launch smart beta ETFs invested in Chinese securities, an innovative combination that will be marketed to European investors.

“It’s quite ground-breaking in the sense that we were the first to acquire an overseas set of Ucits funds and ETFs,” says Dolan.

Where China Post Global has led, it seems certain that other Chinese asset management firms will follow. That will allow them to compete with the many foreign asset managers present in the Chinese market on overseas as well as domestic products.

FUTURE DIRECTION
For foreign asset managers, a potential response to this is to do as Fidelity International did in January 2017 and register a private fund management company in China. The move, which makes Fidelity International the first global asset manager to be allowed to launch onshore investment products in mainland China through a wholly owned local subsidiary, is both an indication of the likely future direction for foreign asset management businesses in China and a sign that the Beijing regulators are determined to open up China’s capital markets to foreign firms.

Fidelity International, which has been operating in China since 2004 offering offshore products to domestic investors, will launch its first onshore fund within six months of its registration with the Asset Management Association of China.

“This latest development expands our capabilities to support Chinese clients’ needs to invest both onshore and offshore,” said Mark Talbot, its managing director for Asia-Pacific.

Other foreign asset management firms are lining up to do the same thing. UBS Asset Management, which already has a wholly owned foreign enterprise licence, plans to launch onshore products in the second half of this year. A number of other companies have applied for foreign licences.

Along with initiatives such as Hong Kong-Shenzhen Stock Connect, which aims to give foreign investors greater access to shares listed in mainland China, the new onshore products managed by foreign asset managers within China mark a new stage in the development of the Chinese asset management market – one that perhaps fits China’s potential new economic status. Of course, foreign asset managers selling onshore products will still have to organise distribution in order to succeed. In a massive geographic area such as China, an effective distribution strategy is even more essential than elsewhere.

As is routinely the case in markets that are opening up, local banks play an important role in distribution. In the hedge fund sector, Ghali sees Hong Kong firms moving to mainland China to exploit relationships there.

“If they can get into partnerships with local banks, there is massive potential,” he says.

A CHANCE TO SHINE
For hedge funds, it’s early days in China. Ghali reckons it’s a five-year proposition. Shorting is not allowed in the local market, and a lot of products are not that sophisticated. At the moment, ‘sunshine funds’ – hedge funds that aren’t really hedge funds – are a feature of the sector. But the potential is there.

“Guys I know in Hong Kong are spending a lot of time there,” says Ghali. “They want to be there early so they can build relationships and trust.”

And as this future unfurls, there is one variable that may make the opening up of the Chinese asset management market different from, say, the experience in Europe after the Ucits directive was launched: technology.

“Chinese consumers are very familiar with and used to doing a lot of tasks on their phones,” says Dolan. “A lot of fund buying is done via online platforms.”