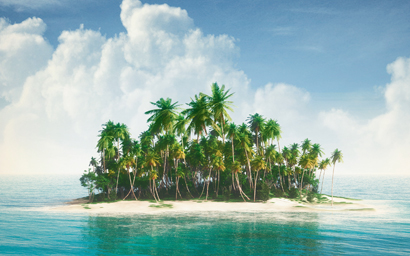 After a turbulent start to the year, David Stevenson considers the impact that heightened market volatility could have on multi-asset funds’ asset allocation.

If any multi-asset fund managers’ New Year’s resolutions included reducing their portfolio weightings to emerging markets, or to equities markets in general, they were clearly vindicated by the opening day’s trading of 2016. Trading was suspended twice on the Chinese stock market in an event that sent world equity markets into freefall. George Soros, famed for almost bringing down the Bank of England, was among the New Year Cassandras voicing their pessimism. “It reminds me of the crisis we had in 2008,” he said.

By late January, global stocks measured on the FTSE All-World Index plunged to two-year lows, with Wall Street past the lows of last summer’s sell-off and hitting its worst levels since the spring of 2014. Analysts and fund managers bemoan the tight linkages of globalised markets, which mean a tremor in one market or economy quickly triggers aftershocks on the other side of the planet. This leaves most assets closely correlated and a decent return with reasonable risk an elusive prize. No asset is an island in the globalised world.

“The greatest difficulty is the interconnectivity of issues having a greater influence on markets. The Fed is one, China is another,” says Sonja Laud, head of multi asset at Baring Asset Management. It is these two markets that are causing the multi-asset world problems. How confident are fund managers on the US economy, even though the Federal Reserve’s first rate rise in almost a decade suggests the economy is going well? And how troubled is China?

One issue is this: how much of a barometer for China’s underlying economy is its equity market? According to Paul Jackson, head of multi-asset at Source, a firm known for its exchange-traded funds offering, there is a major disconnect that some are not seeing. “I don’t see the link between what Chinese share prices do in the short term and what the Chinese economy is doing in the long term,” he says.

Jackson is not alone in seeing this disconnect. Théodore Economou, chief investment officer of multi-asset at Lombard Odier Investment Managers (LOIM), says that the underlying data on the Chinese economy does not warrant the market reaction, which saw major indices such as the S&P 500 and the Dow Jones Industrial Average off to their worse year-starts ever.

Warranted or not, for David Hillier, head of multi-asset at Insight Investment, China is key to his firm’s strategy in this asset class. “We’re focusing our attention on it [China]. I’m a bit more pessimistic than I was,” he says.

Hillier does suggest that China is being unfairly treated by other major economies in terms of what it is doing with its currency (many Asian countries have been devaluing their currencies), although the devaluation of the renminbi is a concern for most.

Back at Barings, Laud is also concerned about the Chinese currency and how it will be handled. She suggests that we are in a “beggar thy neighbour” world – and if the renminbi weakens further, might it cause the Japanese authorities to act? Weaker currency means more competitive exports, which led to the success of Japanese and European equities.

The complex dynamics leave the multi-asset world with some conundrums to crack. For instance, how to position its asset allocation to developed economies and emerging ones alike, given that crystal balls are in short supply.

DEVELOPED WORLD WEIGHTINGS
While European and Japanese equities continue to be in favour among the investment gurus of multi-asset fund management, the economic data coming out of the US is still not as persuasive to some, including Federal Reserve chair Janet Yellen, would like.

As the US moves into its seventh year of an equities bull run, valuations and earnings seem to have peaked, leading Laud to say: “It’s hard to get excited by US equities”.

But John Bilton, global head of multi-asset strategy at JP Morgan Asset Management, thinks it’s churlish to write off the US too soon. Although he readily admits that European equities could outperform the US this year, he says that “people are desperate to underweight US equities”.

Bilton cites data from the US National Bureau of Economic Research. There have been 33 non-recessionary years between 1971 and 2014. Last year was the 34th. In all those years, the S&P 500 has given negative returns only four times, with last year’s performance down by only 70 basis points. “We think a stabilisation of the dollar is likely and some bottoming in oil, then the headwinds for earnings will go away,” says Bilton. He projects average annualised returns of 7% from US stocks over ten years.

There is also less pessimism regarding the US from Economou. His firm’s ‘All Roads’ fund has the majority of its equity exposure to the S&P 500 and Nasdaq. Economou explains that the asset allocation is driven by relative risk contribution and expected earnings yield. The main driver of the fund is a holding in highly liquid assets, so, in addition to US equities, the fund also holds US Treasuries and other top-rated sovereign bonds.

WHERE TO LOOK
Where else might fund managers cast their eye in search of uncorrelated sources of return to diversify their portfolios?

Brazilian government bonds is the unlikely answer from Source’s Jackson. His reasoning is that, with a 16% yield for just a two-year maturity bond, the rewards outweigh the plethora of risks involved. “What else can go wrong in Brazil?” he asks wryly.

The performance of both the Russian equity and debt markets proved a surprise in 2015, although it was unlikely to have featured highly in most managers’ portfolios due to heightened volatility.

“I’m not sure 2016 is the year for the emerging markets revival,” says BNP Paribas’s Graham. With dollar strength and commodity weakness impacting large parts of emerging markets, perhaps that is fair stance.

But, as seen with the outperformance of Russia last year, a multi-asset fund manager’s success may well depend on finding that point when a market has bottomed out and set for a recovery.