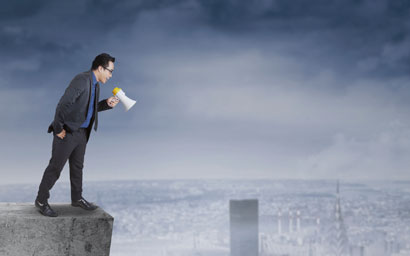 As the Greek bailout crisis unfolded, it was hard at times not to wonder if the lunatics were running the asylum. Whose idea was this? How could it have gone so badly wrong? Fiona Rintoul hears fund managers’ views on the region as it emerges from crisis.

Europe really seemed to be on the brink of calamity as the Greek crisis evolved. When German finance minister Wolfgang Schäuble mooted the idea of a temporary Grexit, domestic commentators began to fret that decades of German diplomacy had been for naught and Germany was again the bad guy. Meanwhile, economists, some of them quite illustrious, muttered darkly that the bailout deal being proposed to Greece was quite simply unworkable.

That, at least, was the mood in the febrile world of journalism, where these days there’s always a new tweet to fuel the sensationalist fires. The markets, by contrast, remained pretty unruffled.

“We saw a degree of market volatility but lower than might have been expected, given that we went right to the edge,” says James McCann, Organization of Economic Co-operation and Development economist in the strategy team at Standard Life Investments.

This sanguinity was, suggests McCann, partly down to the fact that “Greece is systemically not that important” and partly because the policy response from the European Central Bank (ECB) to a potential Greek exit from the eurozone was “much more robust than in 2011-12”.

Investors, perhaps suffering a little from crisis fatigue, were also hungry for the Greek topic to fade from the headlines so they could get back to fundamentals – not least because the fundamentals in the Eurozone don’t look at all bad at the moment.

“The acceleration in Eurozone economic data continues,” says Stefan Kreuzkamp, Deutsche Bank’s chief investment officer, Europe, Middle East and Africa. “In parts of the periphery, especially, the outlook remains positive. We see growth for the Eurozone in the next year around 1.5%.”

Just the same, some in the funds industry felt the market response to the Greek crisis was a little too low-key. “We thought the markets were way too complacent and went short on peripherals when things were still calm,” says Cosimo Marasciulo, head of government bonds at Pioneer Investments.

There were any number of reasons not to be complacent, not least what Marasciulo soberly terms the “high implementation risk” of the third bailout deal that Greek prime minister Alexis Tsipras eventually swallowed, against the declared wishes of the Greek people. But, thinking of the future, a line was crossed when minister of finance Schäuble mooted the idea of a temporary Grexit.

“We moved from a situation where the euro was irreversible to one where you’re out if you don’t stick to the rules,” says Marasciulo. This is problematic, not just because it means that an exit from the Eurozone is no longer inconceivable, but because it reflects “disagreement at the top in terms of political vision”, most particularly between France and Germany.

Add to that the question mark over the sustainability of Greece’s debt and the fact that the International Monetary Fund (IMF) wants more debt relief for Greece and it’s easy to see that Greece’s disappearance from the headlines may be temporary. Furthermore, these differences in political vision go beyond the Greek problem.

“Different opinions on how to support struggling countries could potentially lead to a political split regarding the future of the Eurozone, which means that political tensions cannot be fully excluded in the future,” says Kreuzkamp. “Important elections are coming up soon, for example in Spain. These elections contribute to market nervousness.”

Future problems might arise not in Greece but elsewhere. “Greece is no longer relevant,” says Colin Harte, portfolio manager and strategist, multi-asset solutions, at BNP Paribas Investment Partners (BNPP IP). “The more important question is whether countries like Portugal will last the course.”

At the same time, the fact that the Eurozone does now appear to have survived this crisis is perhaps a cause for optimism. Somehow, ways have been found to deal with problems that were not envisaged at the single currency’s founding – at least, not by policy makers.

“There was no mechanism for bankruptcy, no mechanism for bailouts,” says Harte, who reminds us that the Deutsche Bundesbank warned on the eve of the single currency’s creation that a fiscal transfer mechanism would be needed for it to work, but was ignored. “They have been finding mechanisms piecemeal to deal with the crisis.”

In this, the European Central Bank (ECB) under its president, Mario Draghi, has, as it so often has since the European debt crisis began, led the way.

“The ECB has never been so strong,” says Marasciulo. “The ECB is the only reason Greece is still in the Eurozone. There is very strong trust in Draghi and the ECB. Draghi has been the best politician in the euro area.”

The trouble is, of course, that Mario Draghi isn’t an elected politician and he won’t, presumably, be president of the ECB forever. But perhaps that no longer matters.

“Precedence becomes of big importance,” says Harte. “A lot of precedence has been established by Draghi, who’s done an incredible job. The ECB has been able to put together policies that should have been put in place in the first place.”

In particular, says Harte, Draghi has presided over a move from a system that was asymmetric to one that is symmetric. “Policy is being run for the system as a whole. That’s a sea change.”

And to those who are concerned that the ECB is becoming yet another powerful European institution that isn’t accountable to the electorate, Harte points out that it’s no different from any other independent central bank. It’s only independent as long as the member states will it to be so.

In some ways, then, the Greek crisis has not simply uncovered hidden weaknesses in the Eurozone but also hidden strengths.

“The Greek crisis exacerbated a political flaw in the euro system but eventually demonstrated unprecedented (conditioned) financial solidarity across countries,” says Monica Defend, head of global asset allocation research at Pioneer Investments. “If a new programme for Greece is designed with a return to growth as a primary objective, things could even surprise on the upside.”

And it is perhaps a mistake to pay too much attention to the political rhetoric that has surrounded the crisis. Sometimes this is all about grandstanding for a particular audience, and the mood behind the scenes is more constructive. If Tsipras was, as Marasciulo suggests, “playing poker” in the negotiations, then Schäuble may have taken the hard line he did, at least in part, pour encourager les autres.

Having played hardball with Greece and gotten it to buckle under, the eurozone leaders may now feel it’s time to give the country a break. “The reality is, although no one will admit it, that whatever the deal there will be writing off of debt,” says Harte.

Nonetheless, Europe is left with a couple of serious challenges in the aftermath of the Greek bailout. The first is that this third bailout may not fix the Greek problem.

The second challenge is that the Eurozone is now a club no one wants to join. The idea that the UK would now join is risible. And Standard Life Investments’ McCann predicts that a country such as Sweden, which said it would join eventually but didn’t set a date, will just keep putting it off.

“If you’re coming from Eastern and emerging Europe, there are huge incentives to join, but this will cause countries to think carefully about it,” he says.

That means we will effectively have the two-speed Europe so many politicians wanted to avoid. This creates a problem for the European institutions which at the moment serve both the 28 member states and the 19 Eurozone countries.

Despite these challenges, there is strong resistance to the notion that the European project has failed or that the Eurozone is fatally flawed. “We would call it ‘imperfect in some ways’,” says Kreuzkamp, while Harte spools back to the original purpose of the European Economic Community, which was to ensure peace in post-war Europe – a goal that has been achieved.

In any case, from an investment point of view, the next problem may come from outwith Europe. “The bigger risk is that China has a hard landing and there is a global shock and the ECB cannot contain it,” says Harte.

In the meantime, we stagger on – and it’s a professional investor’s job to make the best of a bad lot.

“At the end of the day, asset managers can – and have to – prove that they are indeed able to deliver alpha in this uncertain environment,” says Kreuzkamp. “Investors should mix it up. Multi-asset is the preferred asset class going forward.”