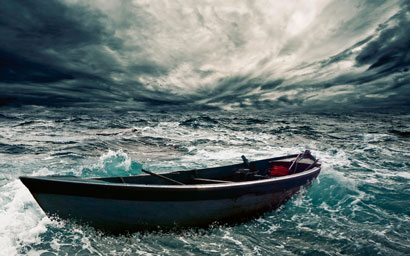 Research over many years by Edhec Business School has focused on tracking error. Here, Noël Amenc, Felix Goltz and Véronique Le Sourd present some of the broad findings.

The number of ETFs has been growing steadily over the past decade. Though the purpose of an ETF is to track the underlying index, not all ETFs achieve this objective with the highest accuracy. There are a number of studies carried out by Edhec (supported by Amundi ETF) that are dedicated to investigating the differences in tracking error across various types of indices.

Liquidity can affect tracking error. Researchers found that mid-cap SPDRs trade at a large discount, whereas the price of large-cap SPDRs does not differ significantly from their net asset value (NAV).

Other research has shown that tracking error is positively affected by the bid-ask spread, which is the commonly used indicator for liquidity. The tracking error tends to increase when the volatility of the benchmark increases.

Also, ETFs that track international indices have higher tracking error than those tracking local country indices. This difference in tracking error comes from the expense ratio and the volatility of the ETFs. Jares and Lavin (2004) analyse ETFs traded in the US market but with significant exposure to Asian markets and find that the fewer overlapping hours there are between foreign stock exchanges and the US exchanges, the more tracking error there is.

In addition, research has shown that ETFs that track emerging market indices exhibit higher tracking error than those that track indices in other market segments. The major source of this increase in the ETF tracking error relates to the Securities & Exchange Commission (SEC) diversification requirements, as some of the indices have over-weighted certain companies beyond the limits set by the SEC. This means that regulation prevents funds from matching the actual index weights.

Research among sovereign bond ETFs has shown that fixed-income tracking error is affected by the maturity and the average credit default swap (CDS) spread of the constituents. Bond ETFs with longer maturities as well as widening CDS spreads would tend to have more volatile tracking error.

Similar results were obtained for two other indices, namely the MSCI Emerging Markets Index and the MSCI Europe Euro Index. One piece of research concluded that tracking error is not representative of the under- or outperformance of ETFs with respect to their benchmark, but serves first of all to evaluate the relative risk of daily deviations and is of more concern for short-term, rather than for mid-term or long-term, investors. Long-term investors may be more interested in measuring the tracking difference, as its level provides a more relevant indication of costs of ownership than does the expense ratio. Indeed, if ETF replication were perfect, the tracking difference would be equal to the ETF expense ratio.

Edhec has produced an illustrative analysis of the performance of smart beta versus traditional exposure ETFs with regard to benchmarks. It sheds light on replication accuracy with no consideration of the risk/return profile of the benchmarks. The analysis covers a universe of 732 Europe-domiciled ETFs with three-year track records (January 2014 – December 2016).

It shows that there is no evidence that smart beta ETFs would possibly exhibit poor performance relative to their benchmarks that are tracking non-market cap weighting schemes.

Average tracking difference is strictly the same on the two universes, medians are close and dispersion around the mean is comparable. This analysis tends to contradict the common belief that smart beta benchmarks imply higher replication frictions due to more frequent or sizeable rebalancing.

When it comes to the tracking error, we can, however, observe a higher level of daily volatility for smart beta ETF relative returns, which can be explained by the need for rebalancing the portfolios outside of the rebalancing windows of market-cap ETFs on the one hand, but possibly by a bias towards less liquid securities for some smart beta strategies resulting in higher volatility in execution costs, with no significant impact on net costs in the long run.