UK food retailer Sainsbury’s was recently caught out when a “50p challenge” poster, encouraging employees to get customers to spend more, was erroneously put up in a London store window.

Intended to make internal sales targets fun and achievable for its employees, the poster read: “Let’s encourage every customer to spend an additional 50p during each shopping trip between now and the year-end.”

Marketing executives at German rival Lidl will surely have felt a bit of Schadenfreude. They mocked the error with its own “50p challenge”, an ad that read: “Let’s encourage every one of our lovely customers to save as many 50ps as possible.”

Sainsbury’s is one of several ailing food retailers that has seen its share prices slide in recent months. An uneven economic recovery has created compelling short opportunities for equity long/short hedge funds. 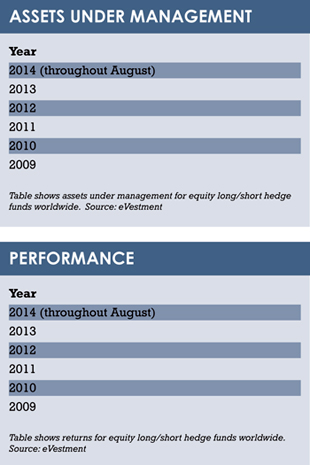 Equity long/short hedge fund managers are usually reluctant to disclose specific short positions for fear of making stocks out on loan more expensive, or giving away a competitive edge. Several, however, have revealed significant short positions in food retailers. Markit data shows Sainsbury’s is now the most heavily shorted stock listed in the FTSE 100.

These shorts do not necessarily feature in the list of the most expensive stocks to borrow; companies listed in the FTSE 250 or FTSE 100 indices are widely available and, therefore, relatively cheap to short.

More interestingly, perhaps, the data also shows that short sellers in general are more and more determined when pursuing short ideas. The shares that are the most expensive to borrow have consistently underperformed the market over the last few years.

“This is a general structural topic in the UK, not specific to one name,” he says. Sporleder adds that 2014 has produced more short ideas in this sector than in previous years.

“When markets were going up in 2013, it was more challenging to identify short ideas,” he says. “The macroeconomic environment this year so far has provided us with additional fuel for short ideas.”

Max Anderl, head of concentrated alpha at UBS Global Asset Management, says his team made successful short bets in food retailers, even beyond the UK. “There are others that suffer from margin pressures,” Anderl says. “There has rarely been wage inflation in the developed world, with Europe particularly bad, and people will not be able to spend more money on food so they look for additional bargains.” Anderl says food retailers at the bottom of the price scale have done better than peers further up the scale causing margin pressure.

“The margins in food retailing are small, 5% at most, and if food retailers loose just 1%, they will find it difficult to pay for capital expenditures and pay dividends.”

“We do take short positions in many sectors, but these two sectors have obviously contributed most to the performance,” he says.

Companies operating in the integrated oils sector are also on his radar as these appear to be reducing their capital expenditure, with more and more projects cancelled or postponed.

“We have identified some names in this sector,” Sporleder says. “We normally pursue stock ideas based on bottom-up analysis, but these ideas have translated into a greater exposure on the short side in consumer staples and the chemicals sector.”

Most equity long/short managers perform well if correlations are low and dispersion is high, as it has been in the past year. Vicky Hudson, a senior investment manager at Aberdeen Asset Management, says market conditions have been more challenging this year.

Data from eVestment shows equity long/short hedge funds returned only 3.17% since the start of the year, and lost 1.27% in the third quarter of this year. Despite recent performance dips, they have been among the more popular strategies with investors.

Collectively, they gained 16.7% in 2013; over the same time, the S&P 500 Total Return delivered returns nearly twice as high,
at 32.4%. Nevertheless, among the hedge funds listed in eVestment’s category of primary strategies, returns of equity long/short hedge funds were second only to event-driven activist hedge funds last year.

Aberdeen’s Hudson, who selects these managers for funds of hedge funds, including Orbita Global Opportunities and Orbita Capital Return, says dispersion has declined even though correlations remain low.

At the same time, Hudson says that this year has been a fruitful one for short ideas. Hudson says food retailers, Tesco in particular, are becoming “crowded” shorts.

Aberdeen Asset Management even plans to launch a new fund of liquid alternatives in the first quarter of next year.

“Last year was a challenging time for equity long/short managers, with big markets characterised by big sector and style rotations as well as short-term spikes in volatility.  This year has been testing.” 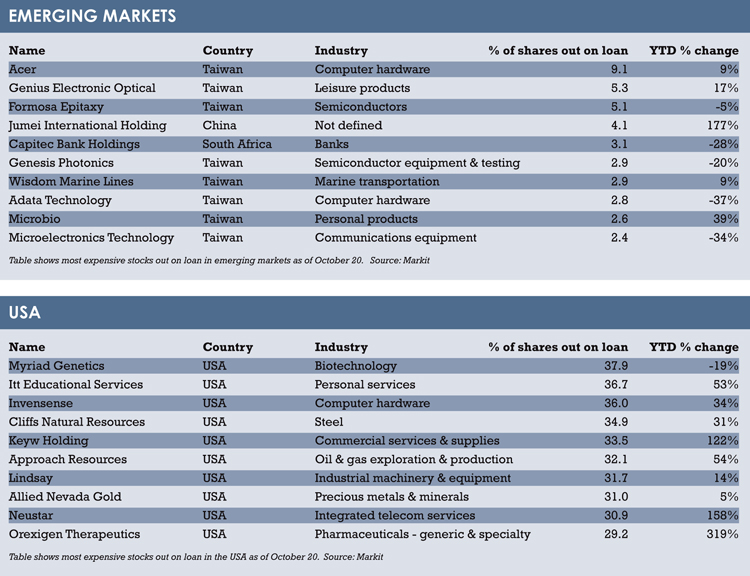 BlackRock has spent a number of years developing models intended to forecast company returns. Mathieson says this allows his team to forecast which groups of stocks that share common macro exposures, or other criteria, will underperform.

“A lot of investors suggest that there is a declining opportunity set for alpha, but we see it as an increasing opportunity because of the extent of stocks moving together is an opportunity in itself,” he says.

Volatility was low last year, suggesting fewer opportunities for equity long/short hedge fund managers. Mathieson, however, says those who positioned their portfolios to be long on the recovery in developing markets and short emerging markets with a deteriorating macro background, succeeded. “The spread between that trade was absolutely massive. Our model view is now being adjusted to the extent that we are a bit more contrarian now on the eurozone economy and that we are becoming increasingly bearish on parts of the US economy,” Mathieson adds.

BlackRock has large short positions not only in consumer staples but also in materials.

“We see materials names exposed to negative momentum in the supply chain, in particular now that there is continued pressure on fixed asset investment in China,” Mathieson says. Simon Colvin, a research analyst at Markit, says short sellers have not been eager to take their usual contrarian view.

The average demand to borrow shares among Stoxx 600 constituents has stayed relatively flat since the start of the year, but in the last few weeks the trend has reverted. However, Colvin adds, shorts have performed relatively well in Europe and the 10% of shares that command the highest fee in securities lending market have underperformed.

Kevin Amell, manager of the Eaton Vance Risk-Managed Diversified Equity Income Fund, has between 95% and 100% of his portfolio hedged at all times.

Amell is funding put options by selling calls on the upside, making it effectively a costless transaction. “In a large rising market, a market that is moving up 5% a month, we are capped on the upside,” he says, adding that the portfolio is spread out over time to lower the risk of being capped out.

There is no meaningful cost to the portfolio, and Amell says this allows him to follow high conviction ideas more easily.

“The fact that we have the hedged strategy at all time allows us to be a bit more stable in this portfolio and not rotate out of one sector and into another sector.”

In recent months, however, the portfolio has been positioned more defensively by selling firms in the energy and technology sectors and buying consumer discretionary companies. Today, there are also fewer small caps and more large caps.

“We like emerging markets because they tend to be more inefficient so it takes more time for information to be priced into stocks,” Camera says, adding that there are also fewer investors pursuing an emerging market equity long/short strategy.

“It takes a lot of effort,” he says. “Emerging markets are seen as growth markets, even though they were a big disappointment in the last four years.”

Camera says shorting is time consuming, and it is more
difficult to generate ideas in smaller markets.

Short ideas require more patience, and they need to be rolled over much faster, but they have also generated most of the returns of the GAM Star Emerging Alpha fund.

“Of course, sometimes the cost to borrow is slightly higher than in other, more developed regions,” he says.

“It is not possible in some markets [and] really depends on the standards of the market.” Camera adds that most emerging markets are up to the same standards of developed markets when it comes to sophistication, although it is sometimes more difficult to locate the lender.

“During the financial crisis in 2008, there were fewer restrictions in emerging markets than in Europe, where banks could not be shorted.”