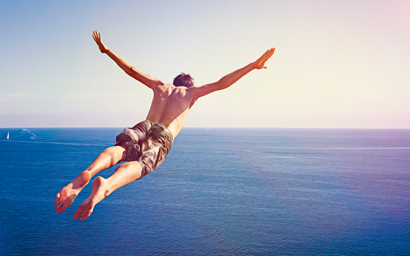 Nicholas Pratt examines whether the service providers will be able to keep up with the demand for liquid alternatives.

Liquid alternative funds, a tag for regulated alternative funds that includes alternative Ucits and alternative investment vehicles, are divisive instruments. Perhaps it should be expected of a tag that suggests investors can get the best of both worlds – the reassuring liquidity of mutual funds and the racy returns of alternative asset classes that are sometimes illiquid.

Acquired expertise
The potential has also been recognised by fund managers who have either launched their own regulated alternative funds aimed at retail investors (Blackstone, Apollo and AQR), or else brought in the necessary alternative expertise through acquisition, most notably Franklin Templeton’s purchase of K2 Associates and Legg Mason’s acquisition of Martin Currie.

Fund administrators in the US have also seized upon this trend, setting up ‘series trusts’ to act as one-stop shops for liquid alternatives, covering initial set-up, transfer agency and liquidity valuations. Similarly, in Europe, umbrella funds have been set up as platforms for hire for liquid alternative funds.

However, for alternative managers wanting to set up a regulated fund, there are cultural as well as technical changes to bear in mind, says Richard Horowitz, a partner in the financial services group at law firm Dechert. “All of a sudden they are calculating NAVs [net asset values] at 4pm every day. Under rules in the US, there has to be a minimum of 85% assets that are considered liquid. But that still leaves potentially a 15% basket of illiquid assets that need to be valued every day. How do you do that? This all needs to be agreed on before the fund is launched.”

According to Paul Lawrence, a managing director in Luxembourg of specialist alternative fund administrator Elian, this involves engineering existing fund structures, for example by putting ‘liquidity windows’ into closed-end funds – in other words, a period of time to provide redemptions, but that also gives fund managers enough time to make cash available for redemptions without having to withdraw investments at an inappropriate time.

“The difficulty is in providing the returns that investors expect from alternatives with the liquidity they desire from mainstream funds. To provide that level of liquidity means sitting on a lot of cash and I’m not sure investors want managers sitting on that cash when it could be generating returns.”

This is creating an operational burden that is falling squarely on fund managers, whether it’s to do with building liquidity windows or sitting on cash. “Managers will accept this burden for now, until there is another negative market event. The liquidity is essentially an insurance policy against another financial crisis where investors cannot get their money out.”

The concern is that the longer the market goes without a negative event and the longer managers have to sit on this cash, while at the same time providing the returns that investors expect, the greater the temptation will be to cut corners in terms of liquidity provision and ease of redemptions, says Lawrence.

Emma Crabtree, managing director, global client coverage UK & Channel Islands at RBC Investor & Treasury Services, says: “We are very clear about how these funds are structured and how they could be redeemed accordingly if there is a market event. Yes, there has not been such an event for some time but I think the market is in a better place right now than it was back in 2008.

“The manager, structurer and the accountant have to take the time to agree the structure upfront. In my mind, it is less of an issue as long as you control the communication and develop the young talent in the industry to successfully manage these structures.”

Fund providers in the sector need to recognise that this is a specialist area, she says, and the type of individual needed to run these funds has to be sophisticated.

The need for strong providers allied with the need to address some legacy issues are likely to fuel consolidation among the administrators of liquid alternatives, says Crabtree. “A lot of managers have selected providers fund-by-fund over the years and that has created an organisational challenge. Now they are looking to consolidate those funds with a single provider that has the balance sheet to handle the redemptions and the technology platform.”

There are already a number of smaller, private equity-owned firms being bought up – for example, Orangefield Group was bought by Baring Private Equity Asia, contributing to a trend that began almost a decade ago when Citi bought hedge fund administrator Bisys in 2007.

For acquisitive administrators, more money will have to be spent trying to integrate these purchases into one operating unit if they are to adequately serve a growing number of liquid alternative funds. But to bring the actual systems together in the same way is not as straight-forward.

A real challenge
Keith Hale, executive vice president, client and business development at Multifonds, says: “The two worlds have traditionally been very different in terms of administration but the rise of liquid alternatives has brought them together. So not only could you have the complexity of daily liquidity and distribution of mutual funds with commission agreements such as trailer fees, but you could also have the complexity of derivative processing and performance fees for alternatives. In the past it has been a real challenge for administrators to service one fund with two separate systems.”

Administrators are yet to fully reach the point where they are able to offer one complete integrated service on a single platform for long-only and alternatives, says Hale, and although sometimes the blame is placed with the software vendors for lack of product capabilities, he says it is also often the lack of a committed business case for the migration on the part of the administrators, or even just the brand perception of the vendor.

“A lot of administrators will continue to struggle through by patching up and pasting together multiple, existing systems rather than taking the plunge and migrating to a whole new integrated system. The cost of migration is an issue, and the short-term disruption. But in the long term, the ability to bring the systems efficiency of the long-only world to the alternatives market would be a game-changer. It is hard enough to find good margins in the administration industry and many providers have had to rely on custody mandates to support their administration service, but this would allow the administration mandates to become more profitable on a standalone basis.”

The other question is whether clients would even notice if their service providers had managed to move to fully integrated administration for their hybrid, liquid alternative funds. Hale says the level of integrations should be fairly obvious from a reporting perspective, as well as when managers undertake their due diligence on service providers. Managers would soon uncover
the underlying set of accounting and investor services systems that are being used by some providers to generate reports across asset classes.