The democratisation of private equity is saveur du jour in the industry at present, perhaps nowhere more so than in France, where Mirova – part of French-American Natixis Investment Managers – opened a fund to retail investors earlier this year, and where BPI France – a sovereign fund – created a private equity vehicle for non-professional investors in 2021.

An original champion of the movement is Renaud Dutreil, a former French Secretary of State for small businesses and now a private equity professional.

Funds Europe spoke to Dutreil at the private markets conference IPEM, held in Cannes in September, where he talked about his mission while in high office to bridge private equity with public savings.

From 2002-04, Dutreil served as Secretary of State for Small and Medium-Sized Businesses, Commerce, Crafts and Liberal Professions. In total, he spent 15 years in politics.

He tells how he began a campaign to bring private equity investing to a wider audience.

“My dream would be to create funds dedicated to public markets – but with lock-up periods of five years, as in private equity. And I know some institutional investors who understand this logic.”

“When I was a minister in the French cabinet, I started with the simple idea that individuals should be able to invest in small French companies through local investment funds. I travelled a lot and was impressed by what I saw in Canada, the UK and the US, and I came back with the idea that it was possible to democratise private equity.”

A result of this was the creation of ‘Local Investment Funds’ (FIP, or Fonds d’Investissement de Proximité). These are funds open to individual and institutional investors and the aim is to mobilise savings and investments in France so that they reach regional economies and create jobs.

In a sense, the funds are a forerunner of the much-touted European Long-Term Investment Fund, or ‘ELTIF’, a fund structure intended to operate across borders in the EU and boost Europe’s economy. The ‘LTAF’ is a UK version.

The FIP had problems

Dutreil’s view is that private equity is more impactful on the real economy than many other investments.

But the FIP had problems, acknowledges the former parliamentarian. The tax incentive offered to people (FIPs reduce income tax bills) was so strong and led to such a high velocity of inflows that “the teams who were investing those funds were working less on achieving performance and more on the necessity to just allocate money somewhere”. 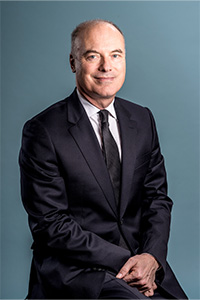 According to Dutreil, since the removal of tax incentives, FIPs’ appetite for risk has declined – which is not a good thing, given that the main driver of his vision for democratising the asset class was to spur on motivation at regional levels.

“They select less risky assets like hospitality or retirement homes and are not so much today funding French innovation.”

Dutreil is now the Paris-based head of private equity at Mirabaud Asset Management, which is owned by the Swiss private bank Mirabaud.

He joined the firm in 2017 and manages the Mirabaud Patrimoine Vivant fund, which invests in ‘heritage’ companies in France, Switzerland and further afield. The investment angle is on firms – predominantly family-run – with many years of specialism in creating artisan or luxury goods, says Dutreil, who is a former chairman of LVMH, the luxury goods maker.

As an example, he offers the French sportswear manufacturer Le Coq Sportif, founded in 1882. French athletes wore Le Coq Sportif – with the famous rooster logo – at the 1924 Olympic Games hosted by France, “and they will do so again a century later” he says, alluding to the 2024 Olympics that are due to be held in France once more.

Marshalling private equity money into family businesses can be difficult, acknowledges Dutreil, as families – particularly of firms with long heritages – can be understandably reluctant to share ownership.

But investment from the Patrimoine Vivant fund, he says, helps firms to grow internationally, achieve digitalisation, and to implement ESG practices.

“Some of these manufacturers need to know where their cotton comes from, or how diamonds have been mined,” he says.

“Tax incentives should not be a reason to invest in private Equity.”

“Private equity is still not so well known among smaller pension funds in France, which we are targeting. We already have a scheme for doctors and a scheme for notaries as clients,” says Dutreil, who adds that digitalisation of access to private assets – along with greater levels of transparency – are key to increasing the industry’s reach.

He maintains that private equity has a special role in France, where he says investment in the asset class is second after Denmark.

“Our economy is based partly on the idea that private equity is a good solution for providing long-term funds to the real economy, where money is instantaneously changing hands. Long-term investment is so important.

“I feel that very liquid investment products have not been creating value through the long period of low-interest rates. Public equity should be a very good investment, but I think that the levels of volatility in the market mean that public equity has lost a large part of its rationale.

“In fact, my dream would be to create funds dedicated to public markets – but with lock-up periods of five years, as in private equity. And I know some institutional investors who understand this logic.”