Diversity and Inclusion Leader of the Year

In an industry sometimes criticised for lagging on D&I, the winner of the 2022 Diversity & Inclusion Leader of the Year presented strong evidence that this firm genuinely considers diversity, equality and inclusion (DE&I) a core value. 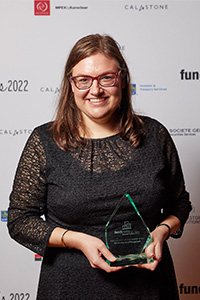 RBC BlueBay Asset Management’s entry included clear use of data to back up a comprehensive DE&I strategy and judges were impressed by holistic thinking around the issue, which included work not only internally but also externally – for example, through shareholder engagement or through working in the community.

It is also worth noting that RBC and BlueBay have only been operating under a single brand since June 2022, so many of its initiatives were launched separately by either RBC Global Asset Management (RBC GAM) or BlueBay.

Among notable advances was the creation by RBC GAM of a global DE&I group to elevate existing regional groups and to provide a direct line of communication with senior leadership. The firm also promoted voluntary pronoun use to support ethnically diverse and LGBT staff. Meanwhile, BlueBay’s CIO started an investment inclusion initiative.

BNP Paribas Asset Management – The French asset manager signed its first agreement on professional equality back in 2004. Since then, BNP Paribas AM has shown a firm commitment to equality causes, encompassing not just gender equality but also disability, multiculturalism, LGBTQIA+ and age and intergenerational relations.

Marsham Investment Management – In addition to the firm’s win in the European Asset Management Company of the Year (less than €20 billion) category, the judges also recognised UK-based Marsham’s work on diversity. Established in 2016, it was one of the few firms to be founded by women. One of the co-founders, Maria Lozovik, remains a portfolio manager in charge of Marsham’s fixed income funds and is joined by another three women on the firm’s fund management team of six.

Diversity and Inclusion Leader of the YearWinner – RBC Bluebay Asset Management In an industry sometimes criticised for lagging on D&I, the winner of the 2022 Diversity &