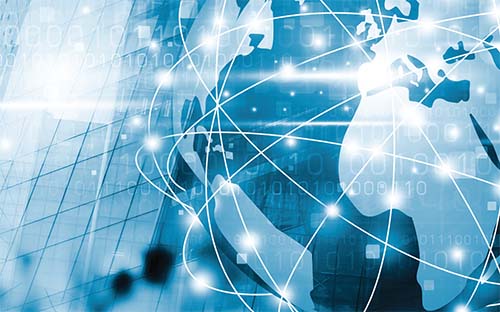 Caceis, the French custody bank, is focusing more on business outside the EU following a merger. This means it is following its two largest French peers – Societe Generale and BNP Paribas – into more overseas locations. Bob Currie looks into the world of French asset servicing.

Europe’s largest asset servicing companies are proudly international in their focus – and operate in an environment where regulation and policy are crafted at both national and supranational level. So, how important does the French market remain to the business of France’s major post-trade specialists?

When Funds Europe put this question to Joseph Saliba, deputy chief executive of Caceis, he told us that both the French and international asset servicing components are essential to the bank’s strategy. “We view ourselves as a truly global organisation,” he says. “France is a source of business origination not only for our domestic business but also for cross-border – we have French clients doing business in Luxembourg, the UK, Switzerland, Hong Kong and other markets that we support internationally.”

For international clients, Caceis has been expanding its client base outside of France for a number of years and Saliba believes the pace will accelerate with its two recent acquisitions, KAS Bank in the Netherlands, and Santander in Spain and Latin America (Brazil, Mexico and Colombia).

For Franck Dubois, head of BNP Paribas Securities Services (BNPP SS) in France and Belgium, this question has a straightforward answer. France has a large securities services market and BNPP SS is the largest provider in this location. Naturally, therefore, France remains a key market.

Looking more deeply, France has been a source of strategic creativity as well as asset flow. “Since becoming head of BNP Paribas Securities Services France in 2015, I have been impressed by the dynamism of the French market – with innovation driven by forward-thinking asset owners, asset managers, insurance companies, banks and corporates,” he says.

Growth strategy
Notwithstanding this flow of business intelligence from its domestic client base, BNPP SS has continued to look internationally to build its growth strategy. With over US$11 trillion in assets under custody globally, BNPP SS is one of the world’s five largest custodians and it is clearly excited by its status as the only European representative in this list.

For Caceis, investment flows from Crédit Agricole group entities have been important in driving growth of its custody and fund services business. Amundi Asset Management’s acquisition of Pioneer Investments has generated significant additional business in Luxembourg and created opportunities for growth in other markets. Its partnership arrangement with Edmond de Rothschild (Europe) for fund accounting, custody and transfer agency services in Luxembourg has also driven additional assets.

More recently, its purchase of KAS Bank advances Caceis’ presence in a substantially new sector: the European pension fund marketplace. This Amsterdam-based asset servicer has long been well regarded for its strength in pension fund services and custody – although it has suffered, like a number of mid-tier European custodians, from customer doubts over its size and balance sheet strength in recent times. This issue was addressed through Caceis’ well-capitalised position and the all-cash offer to acquire KAS Bank’s shares.

With the UK labouring over its exit process from the European Union, many EU-based financial services companies have been re-evaluating their delivery strategies for the country. However, Caceis has few doubts about the UK’s importance to its commercial future.

“We have declared a strong commitment to the UK market, creating the appropriate legal structure to enable us to deliver a complete service offering to our UK clients,” says Saliba. “It is Europe’s largest private equity and real estate market and this aligns with the strength that we have in servicing alternative assets. It is also the largest pension fund market in Europe and, with the KAS Bank acquisition, we have the expertise that we need to grow our presence there.”

Following its merger with Santander Securities Services, Caceis identifies new openings in Hispanic markets and further afield. “Santander is a leader in international banking – and the decision of Crédit Agricole and Santander to combine their custody and asset servicing operations provides an opportunity to generate growth from the full Santander ecosystem, including its asset management arm, investment bank and private banking division,” says Saliba. “The result is that we are exposing Caceis to a much larger global environment.”

Competitive outcomes
For at least 20 years, post-trade commentators have been forecasting the likelihood of consolidation in European asset servicing markets, with downward pressure on fees, heavy costs of regulatory and technology adaptation, and reduced net-interest income on cash balances, delivering a competitive landscape in which only larger, technically creative banks can survive. So, is further consolidation imminent in the French asset servicing marketplace?

“Scale is important in this business – and the number of actors that can survive in the French market is dependent on how many of these can sustain a strong international profile,” says BNPP SS’s Dubois. He believes it is possible to have several French champions standing as global leaders, but not by focusing only on the French market. “We are proud of being French and European, but the playing field is global,” he says.

Expanding on this position, Dubois explains that the level of investment required to meet client needs in the current securities services environment means this cannot be purely a domestic play. The aim is to generate a synergy of revenues, to deliver acquisitions that will accelerate revenue generation.

For example, he points to his organisation’s acquisition of Cogent from Australian bank AMP in 2002, which delivered acceleration in the UK and Australia. BNPP SS has done similarly with the purchase of the Janus Henderson fund administration business in the US market, and with the acquisition of Banco BPM’s depositary bank division in Italy last year.

Societe Generale Securities Services – which appointed David Abitbol as its chief executive in January 2019 to replace Bruno Prigent – has been adapting to these competitive challenges with a significant reorganisation of its Paris and London-based management structures. It was unable to provide a spokesperson for comment in this article.