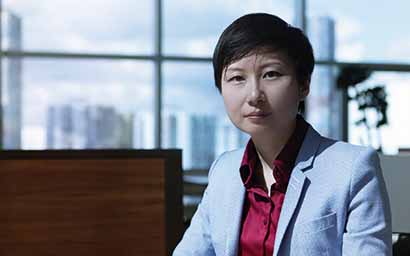 With China and the US close to a trade deal and Beijing stepping up policy stimulus, we expect the Chinese economy to be on a more stable footing later this year, says Wei Yao, Chief China Economist at Societe Generale.

Having said that, investors should not hope for a strong recovery like in 2017, as policymakers clearly recognise the risks that credit stimulus would pose to financial stability. Any easing measures will be to ensure growth and employment stability, not a major growth reacceleration like in 2009/10 and 2017. Investors should also not be overly complacent, as it remains to be seen whether policymakers can manage the slowdown of the property market – the biggest risk to the economy.

Worse, the US-China trade tensions dealt another blow to exports, 90% of which were provided by private companies. The slowdown even spread to the household sector, with wages growth and consumer spending moderating.

In response, policymakers have fired on all cylinders to support a slowing economy, with a clear focus on the private sector.

On the monetary policy front, besides lowering interbank rates and cutting required reserve ratios, the People’s Bank of China (PBoC) has rolled out an array measures to support the private sector, such as providing cheaper funding – via targeted reserve requirement ratio (RRR) cuts and targeted medium-term lending facilities – for banks that lend a certain portion of their loans to small and medium-sized enterprises (SMEs).

On the fiscal policy front, following last year’s tax and fee cuts worth of RMB 1.3 trillion ($193.2 trillion), the government has further stepped up cuts with a package of RMB 2 trillion this year – equivalent to 2% of GDP, benefiting first and foremost households and private corporates.

However, infrastructure investment has played a less prominent part during this easing cycle. Although a bigger special local government bond issuance quota is also announced this year to support infrastructure spending, the central government has remained vigilant against irregular shadow government financing.

This easing approach is unlikely to generate a strong growth reacceleration likely in the previous cycles, but it is more sustainable in the medium term. The focus this time has been mostly about creating favourable conditions for the private sector, rather than massive state-driven investment backed by an over-sized credit stimulus.

The policy lag will mostly likely be longer and the short-term impact less forceful because it may take quite some time for the private sector to be comfortable with spending and investing again. However, once the private sector’s confidence returns, the resulting allocation of resources and credit will be more efficient.

Therefore, the economy will likely remain under pressure over the coming months. That is especially when the reversal of frontloaded US orders should continue to weigh on Chinese exports in the first quarter and when residential investment growth is expected to start losing momentum.

Nevertheless, we expect measured stimulus to put China’s economy on a stable footing beginning in the second half of 2019.

Risk removal
Our call is supported by the recovery in credit growth – which has been a reliable leading indicator to economic growth – since the beginning of the year. The more constructive trade negotiations between China and the US and a potential trade deal will help remove a big downside risk to this outlook.

Even though no short-term trade deal can alter the long-term competition between the world’s two largest economic heavyweights, China’s greater willingness now to strengthen intellectual property rights protection, further open up its economy and level the playing field for foreign investors should avert a damaging tariff war. Actually, these reforms are not only in the interest of the US, but also in the interest of China’s long-term productivity gains.

If we have to highlight one major downside risk to our constructive outlook, it has to be the property market. Sales and price gains are slowing and the next should investment deceleration. Given that 30% of the economy is directly and indirectly affected by the housing sector, the trajectory of housing investment growth will determine when and where the economy reaches the bottom. We think that the upcoming housing downturn will be a manageable one.

The housing policy remains tight in many cities and can be loosened, while credit conditions are easing and inventories are much lower than before the previous housing downturn in 2013-15. However, both the vacancy rate and home ownership are high in many areas, and households’ leverage is no longer low. There is less room for errors than before, and so it remains to be seen if policymakers can manage the property slowdown well.

Strong inflows
If the economy can indeed stabilise in the second half of the year and the full year growth can print around 6%, the private sector-centred easing package and the potential speed-up in opening up should be quite positive to Chinese financial assets, notably the stock market. Not to mention that portfolio inflows will be strong, thanks to further equity and bond index inclusion. Last but not least, the reduced trade-war risk makes a stable yuan more attainable this year.