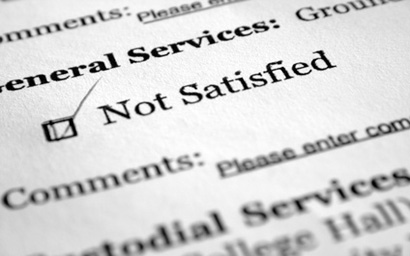 The Paris-based manager, famous for products such as its Patrimoine fund, fell from second last year to seventh in this year's Fund Brand 50 report, which is based on interviews with 920 fund selectors.

“One of the issues we've picked up with Carmignac, though it's not just a Carmignac issue, is that when you've had a group that's had such success, with vast amounts of inflows, you always get concerns about manager risk,” says Diana Mackay, publisher of the report.

“In addition, there is so much more competition in their space. Carmignac was a trailblazer with the absolute return type, mixed asset fund, now there are many of them. Times have changed.”

In some respects, Carmignac is still punching above its weight. With €52 billion, it has the least European assets under management of the top ten brands. It is also still the top-ranked brand in France and Spain. However, the company's brand fell four places in Germany and three in Italy, and in the UK, it has never been ranked in the top ten.

Mackay suggests Carmignac, whose funds performed well in the volatile markets that followed the financial crisis, may be at a disadvantage in the current equity bull run.

“The issue now is that the market cycle has changed,” she says. “Everyone is now looking for big alpha producers. To some extent it's a cyclical issue.”

The Fund Buyer Focus survey asks respondents to give their brand preference based on ten factors including adaptability to change, innovation and stability of process. BlackRock came top of the survey, as it did last year, followed this time by JP Morgan and Fidelity.

“In the context of a risk-on environment and with fading memories of the financial crisis, a brand with a heritage like ours may not be as prominent in the minds of investors as it has been in the past, hence a possible impact on the Fund Buyer Focus rating,” says a spokesperson at Carmignac. “Active management always goes through periods of underperformance but these periods have proved to be interesting entry points for investors. However, we believe that just as performance should be judged over the long term, so should the success of the company's brand.”