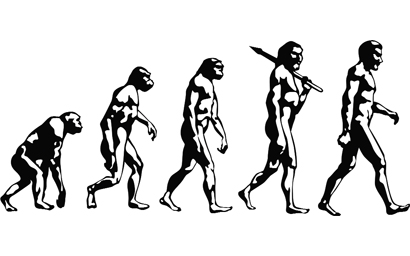 Safety in numbers is a risk-management strategy that even the most primitive of beings can appreciate. So it would be no surprise if a highly evolved species such as the asset manager were to turn to asset-pooling techniques to help them manage risk more efficiently.

Providers of asset pooling say that pooling – a mechanism whereby several separately owned funds are combined on a single platform – is gaining in popularity.

Pooling was pioneered more than a decade ago by a number of large multinational corporations such as Shell and Unilever that were looking to establish a single cross-border vehicle for all of their different pension plans to gain operational efficiencies and cost savings.

This was never an easy task.

More recently, Holland-based asset manager Aegon partnered with Citi to establish its own cross-border pooling infrastructure, which it now offers to its own pension fund investors.

“Setting up your own pooling infrastructure is quite expensive,” says Alexander van Ittersum, product development manager at Aegon Global Pensions.  “There is the hardware and the software, the accounting and administrative function, that all needs to be addressed.”

However, he adds that one benefit is that, over time, a fund manager can develop standard processes and acquire more knowledge, which means that its clients can then step into the asset pool after most of the complexity has already been solved for them.

Exploiting the groundwork
So, has asset pooling become easier to establish over the years? According to Gavin Bullock, a pensions partner at Deloitte, it has. “Ten years ago, when multinational pooling for pension funds first became popular, custodians and fund accountants undertook a lot of work to improve their systems and to encourage different jurisdictions to create tax-transparent investment vehicles. This groundwork has been subsequently exploited by asset managers to enable them to pool their own unrelated funds.”

Addressing the tax issues that come with any cross-border pooling vehicle has also become easier thanks to the development of tax-transparent vehicles in many jurisdictions, such as the common contractual fund (CCF) in Ireland and the fonds commun de placement (FCP) in Luxembourg. These vehicles are designed to enable the different investors in a pooled fund to be granted their own tax rate based on their own jurisdiction rather than a single tax rate for all investors in the fund.

Gavin Nangle is head of business development at State Street. “What are also important are the jurisdictions from which the assets originate and where they are being sent to,” he says. “If there is a large difference in the respective tax rates, then this makes pooling a more beneficial venture.”

The use of these vehicles still requires managers to be in constant contact with all the relevant tax authorities in the different jurisdictions, and to attain an investor ruling to allow each investor to benefit from the tax transparency.  It is also important to provide all the necessary tax reports, particularly when an asset pool stretches across multiple asset types and jurisdictions.

Managing expectations
Pooling may be easier now, but Nangle warns managers against expecting too much. “Managers can sometimes build up an unrealistic expectation of being able to achieve tax transparency across a whole host of different markets,” he says. “For a global equity fund, it is no problem when using the major markets, but once you start including smaller investment centres, the cost of pooling can often outweigh the benefit.”

There is currently some debate as to whether Ucits IV will help managers with their asset-pooling efforts. The master-feeder arrangements should reduce the number of platforms an asset manager needs for any cross-border vehicle and consequently increase the appetite for pooled funds. But it does not cater explicitly for asset pooling and many of the tax issues remain unresolved for any manager using tax transparent vehicles.

“We offer Ucits-pooled funds but I wouldn’t say that it’s easy,” says Christopher Day, director of Merchant Capital, an investment manager that runs a pooled Ucits fund. According to Day, Ucits IV could well take away as much as it gives. “Ucits IV is likely to make it easier to set up pooling structures through the master-feeder and merger arrangements and distribution should be easier, but the regulators are likely to look more closely at any fund merger applications than they have in the past.”

There are challenges beyond those of an operational and tax nature, such as gauging the long-term appetite for pooled funds. The current conditions are well-suited to asset pooling in terms of both the emphasis on cost control and the imminent changes to the European tax environment, but these conditions will change and no manager wants to invest millions in a pooling infrastructure only to find that returns have improved, the focus on cost-cutting has disappeared and suddenly everyone wants segregated mandates and managed accounts.

While there is a cyclical element to any investment trend, the popularity of asset pooling has gone beyond the stage where it may disappear in the future. The likely longevity of asset pooling is down to the fact that its benefits are ones that will continue to resonate regardless of the underlying economic environment, says State Street’s Nangle. Managers can get enhanced returns through economies of scale and also greater governance through having more assets under the control of a single platform. And no-one wants less governance or smaller returns whatever the market conditions.”

Opening doors
As asset pooling matures, the range of funds available to potential investors is constantly increasing and for smaller investors, being part of a pooled structure clearly opens doors in terms of asset allocation that would otherwise remain shut. “Larger investors may prefer the segregated mandate route, but if you have like-minded investors that are looking to increase the diversification of their investments, then asset pooling is more efficient for all involved,” says Phil Barker, head of European sales, Standard Life Investments.

Greater choice may be one thing but how are managers going to assure potential investors they will have the level of control they could expect with their own segregated mandate or managed account? “We have spoken to clients who are interested in investing in an asset-pooling fund and want to know how that fund will be marketed and whether that fund will attract other investors and grow,” he says. “They are not so much interested in who the other investors are, but how many of them there are. Will it be one other large asset owner or several smaller ones? And how dependant will the fund be on the involvement of single investors that could in the future move their investment?”

The key to assuaging these concerns is to address the servicing aspect of pooled funds, says Barker. “Managed accounts have a reputation for high-touch customer service whereas pooled funds may be more associated with the monthly factsheets, but there is no reason why pooled funds cannot provide investors with more regular and granular reports. Investors may not be able to dictate the mandate of the fund, but there is just as much appetite for information as there would be with managed accounts or segregated funds.”