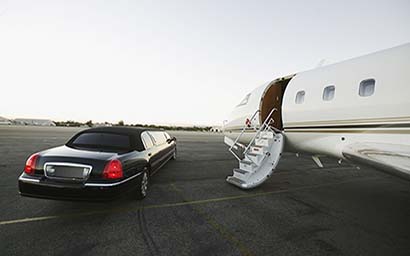 The third-party management company (ManCo) sector has become a target for private equity firms over the past year based on a belief that Brexit and certain EU regulatory requirements in the funds sector will increase demand and create greater need for ManCo scale.

The most eye-catching example of this interest was the $2 billion bid tabled by private equity firms Carlyle Group and Private Equity Partners in October for Link Group, the Australian administrator, which has a ManCo business with more than €90 billion in assets under management (AuM).

A ManCo is essentially the middle office of an asset manager – mainly the regulatory compliance function. This function can be outsourced and providers appear to be thriving.

The latest figures show how the biggest ManCos in both Luxembourg and Ireland are growing. According to the 2020 ranking of third-party ManCos in Luxembourg, published in June by PwC Luxembourg, FundRock topped the rankings with assets under management of €67 billion, a 57% increase on the previous year. FundRock has since gone on to break the €100 billion barrier for its ManCo business globally.

Meanwhile in Ireland, Carne Group retained its position as the leading third-party ManCo in the country, according to the 2021 ‘Monterey Insight Ireland Fund Report’, having seen its AuM rise by 64% during 2020, from €44.64 billion to €73.34 billion.

“The investment from private equity is mainly used to improve the business set-up,” says Bertrand Jaboulay, partner for PwC’s Luxembourg branch. “It has been spent on systems and technology, management staffing and for funding potential M&A activity if there is a need for critical mass.”

A hand on the shoulder
FundRock and Carne Group show how private equity money is being used to fund this scaling – but in two different ways: by acquisition and by investment in technology.

FundRock was acquired by fund administration firm Apex. The transaction was first announced in October 2020 and completed in February. It means that Apex, which is owned by private equity firm Genstar Capital, now has more than $1 trillion in assets across its custody, administration and depositary businesses.

Carne Group secured €100 million in funding from European private equity group Vitruvian Partners in January, which it will use to promote and develop its internally developed technology platform CORR [compliance, oversight, risk and reporting]. There are other examples of consolidation within the ManCo sector: MJ Hudson, which bought Dublin-based Bridge Group in October; and KB Associates’ purchase of Luxembourg-based ManCo EFG Fund Management in February.

According to David Rhydderch, global head of financial solutions at Apex, the private equity industry’s interest in the ManCo sector goes back to the regulatory requirements for fund firms to have greater substance – in other words, people on the ground in the various domiciles where funds are register. In Luxembourg, this centres around the circular 18/698; in Ireland there is Consultation Paper 86, or ‘CP86’.

This has led even the largest asset managers to question the rationale of maintaining their own in-house ManCo infrastructure, says Rhydderch.

“There was an expectation of substance and to [be able to] ‘put a hand on the shoulder’ of the person performing a certain function so as to demonstrate real substance to the regulator. This really supports providers who are at scale and have a business model that focuses on supporting a growing market.  Third-party ManCos are specialists and don’t have the inherent conflict of interest with a captive ManCo that sits inside the firm,” says Rhydderch. He means how ManCos sometimes have to ‘get tough’ with the fund firm they are within or work for, as part of the process of rigorous governance.

All of the drivers are pointing to greater consolidation, Rhydderch says – not just the direction of regulatory travel but the greater technology costs and the competition for talent.

“It is incredibly hard for smaller ManCos to compete and show regulators they have the resources while the firms that persist with internal ManCos will face increased costs and likely decide it is not what they want to do.

“The private equity firms see that. They see an industry that is considerably fragmented and poised for substantial growth,” Rhydderch says.

Apex is owned by private equity firm Genstar Capital. “It is our management’s belief that there will be a flight to quality. We presented our thesis to Genstar and they were very supportive,” says Rhydderch.

The purchase of FundRock adds to Apex’s 2018 acquisition of LRI, a ManCo provider based in Germany and very focused on its domestic market. The two are complementary businesses, says Rhydderch. “It increases our geographic and product reach. FundRock recently got a licence in France and is looking to launch in Singapore and the UAE.”

Apex also has an asset servicing arm – essentially fund administration – and the combination of ManCo and asset servicing offerings is something Rhydderch expects to see more of in the market.

“Our ManCo model is based on open architecture, so there is no obligation to appoint Apex as the asset servicer. It is not a bundled service and never will be, but there will be some price and integration benefits. We think clients are increasingly looking for a one-stop shop rather than five to six outsourcing partners. So I would be incredibly surprised if other asset servicers aren’t looking at this.”

He sees two markets developing in the ManCo space. In one, there are the large players with a deep bench of talent; in the other, a number of smaller boutiques with a niche based around a particular asset class or geography. Niches will potentially charge over time but will always be focused on clients’ evolving needs.

This is not to say that any firm stuck between these two ends of the spectrum will fail, says Rhydderch. “Success depends on a huge number of factors. But if you’re below that €25 billion AuM threshold, it will be difficult to make meaningful margin and bottom line benefit and to hire the talent. An easier option would be to consolidate a number of sub-scale players.”

Despite this forecast, it will be some time before the ManCo market resembles global custody with a handful of dominant, mass-scale players, says Rhydderch. “You have to understand how fragmented the ManCo market currently is. There are more than 500 AIFMs and ManCos in Luxembourg alone and there is a complexity that arises out of that.

“Regulators want to be able to put a hand on the shoulder of the person doing that job and it is easier to do that with a provider of scale. I think it will develop strongly and I expect double-digit growth, but it will take time.”

The Vitruvian funds will be used to support the development of Carne’s CORR technology platform, says Des Fullam, group chief product and regulatory officer at Carne Group. “Vitruvian has huge experience in scaling technology and that was one of the key reasons we partnered with them – with their investment and know-how, we will be able to deliver additional tech-enabled solutions to clients at speed.”

The CORR platform is a key part of Carne’s offering, says Fullam. As substance requirements on ManCos increase, the technology – which supports regulatory reporting and distributor due diligence, as well as oversight of external providers to a fund – is “a way to demonstrate that we have all the right documentation and we’re on top of all of our responsibilities”, he adds.

The platform is also being rolled out to asset managers to use for their own internal ManCos, representing a potentially lucrative revenue stream for Carne in the same way BlackRock outsources its own internal trading and risk system, Aladdin, says Fullam. “CORR was originally developed to scale our own business but it now manages more than €2 trillion of assets between our own ManCo business and other third parties.”

Consolidation
In relation to the overall market, the majority of private equity money flowing into the ManCo space has been used to fund acquisitions. It is inevitable that there will be more consolidation in the sector, says Fullam.

“There are still a number of sub-scale players in the market and they will need sufficient scale and the right technology to support their business,” he adds. “Regulators want to be sure that they have strong resources and clients want to partner with a firm that has the talent, technology, as well as an impeccable reputation.”

This is not, however, something Carne is looking at, says Fullam. “We are focused on our ManCo business and are happy to work with all fund admins.”