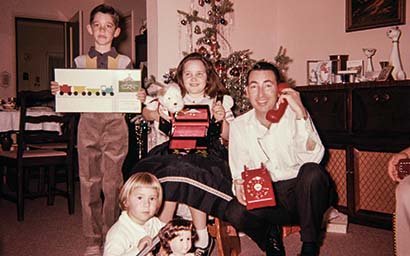 Since the Federal Reserve paused interest rate hikes, opinion has been divided on US equity risk. Fiona Rintoul hears a range of views.

Is this healthy? Tom Carroll, head of Investments at Sanlam Investments, describes the Fed’s decision to pause interest rate tightening at the end of last year as a Christmas gift to markets – but one with an edge.

“Investors have become complacent, believing that if the market has a tough time, the Fed will come in and bail it out,” says Carroll. “This creates investor reactions that are not logical.”

Illogical reactions could include the exuberant first-quarter rally in the US. Some fund managers, including Eoin Maher, Fundamental Analyst – developed equities at Unigestion, are cautious in the face of this “Fed-induced bounce”.

“The market is pricing in a trade deal, and you have valuations that are at extremes,” he says.

In Maher’s view, the risk remains, albeit a tail risk, that the US’s trade disputes will not be resolved. Meanwhile, he says valuations are potentially as high as they have even been, certainly on a revenue basis. Margins, which are at cycle peaks, are at risk from increasing labour costs, and earnings revisions in the past six months have been negative.

“Earnings are slowing but they are actually still growing,” she says. “We’ll have a bit of margin pressure, but earnings will still be around 4% this year.”

For Harris, the US was oversold in the fourth quarter of 2018. The sell-off then reset the bar, both creating buying opportunities and causing investors to reassess the US market. “There’s always going to be some reason not to invest in the US,” she says. “The sell-off was severe but it actually showed the market that even in a US-led correction like we had in the fourth quarter of last year, the US outperformed.”

Typically, there is a flight to quality in a correction, she adds, and the US has the highest quality out there. What is more, while US equities may have been down 4% in 2018, they outperformed Europe, emerging markets and indeed the world.
Still, some fund managers can’t shake off deep concerns about valuation levels in the world’s largest market.

A price to pay
“There is a case that it’s a relative game, and you have weakness in Europe and better growth opportunities in the US,” says Maher. “Money does tend to flow into the US, and the US should trade at a premium to Europe for that reason, but there’s a price to pay for everything and in the US, we are very toppy in terms of valuation.”

Talley Léger, equity strategist at OppenheimerFunds, agrees that valuations are stretched in the US and sees better options in terms of both valuations and growth outside of the US.

“The correlation between US and international equities has been falling, and that tells us that the benefits of international diversification are now increasing,” he says.

Instead of the typical knee-jerk reaction of buying US stocks on a potential dip if there is a pullback from the current “overbought conditions”, he recommends investors consider selling into the recent strengths in the US and add to their international equity allocations.

Meanwhile, for Léger, China is key to the outlook. In January, it cut tax rates for consumers and businesses. This means it stands to benefit from the good things the US benefited from last year.

“They’re stealing a page from our very own playbook,” says Léger.

Monetary policy is also easing in China, and the reserve requirement ratio for the major banks has been cut several times. This in turn has lowered the bank rate in China, again trumping the US.

“The Fed has done an about-face, but they have not done anything close to what China has done on the monetary front,” says Léger.

“To a huge extent, it’s its own economy,” says JP Morgan’s Harris. “It’s a huge part of any world or global benchmark. That hasn’t changed, and it’s not changing any time soon.”

Harris does concede that the US market may be a little overbought and may have to trade around its current level for a while before it finds its next “leg up”. However, US bulls such as her feel that, in the absence of a recession, there’s perhaps no reason to look for problems.

However, Maher notes that Fed easing has historically not been good for equity markets.

“It’s historically been a poor omen,” he says. “It comes back to valuations, which are essentially a claim on future cash flow. You have to look at forward earnings and assess if they are accurate.”

Labour costs
Maher argues that next year’s earnings aren’t a good proxy for the future because of rising labour costs, which will continue to eat into corporate earnings.

However, David Pearl, co-CIO and head of US equities at Epoch Investment Partners, thinks investors will continue to see upside in US equities, driven in part by those very rising labour costs. He expects US equities to be supported by steady GDP growth of around 2.5% per annum derived from consumer spending (70% of GDP) and corporate investment.

Pearl also notes that the strength in the US has attracted buyers from overseas, who see the strong US economy and resulting strong US dollar as a hedge against their home markets. For income investors, the US equity markets also sport a yield of just over 2%, which is attractive both versus the US bond market and non-US yields around the world.

Another positive factor in the US is that it continues to be relatively stable politically, “despite Mr Trump and his tweets”, says Carroll. While at the beginning of Trump’s presidency, pharma stocks, for example, would be bouncing all over the place when he said something, now the markets barely react.

“People feel there are enough checks and balances in place,” says Carroll.

But, however positively you read the runes, there can be little doubt that it’s going to be harder to make money in the US in the future than it has been over the past somewhat abnormal decade. This perhaps is particularly the case for the plain vanilla US equity exchange-traded funds (ETFs) that attracted substantial flows in rising markets.

“Headline levels mask very significant dispersions in valuations across the market,” says Carroll. Indeed, some are suggesting that dispersions could be at a 70-year high. This means that there are a lot of opportunities out there for stock-pickers – but pitfalls for index buyers such as ETFs.

“In general, they are buying into the very expensive stocks that are in the market and propagating the momentum that pushes a decreasing number of companies to a higher and higher rating.”

Of course, stock-picking ain’t easy. And Carmine De Franco, head of fundamental research at Ossiam, a smart beta investment manager within the Natixis Investment Managers, suggests that products that track specialist indices, such as the Shiller Barclays CAPE US Sector Value Net TR Index, might provide a better solution.

“The US large-cap market is complicated,” he says. “It’s difficult to outperform the market on a consistent basis. It’s better to think about what kind of style suits you in a given situation.”

Whatever approach investors take, the US market is so huge that there will probably always be opportunities and reasons to take exposure. As the market enters a new phase, quality could be the watchword.

“On headline rates, the market looks marginally expensive compared with history, but there are a lot of really good-quality companies out there that may not be in the sexy, technology space,” says Carroll. “You should see a broadening out of the market as people start to look at the opportunities for reasonably good companies to grow, and you’re not paying 30, 40, 50 times for them.”