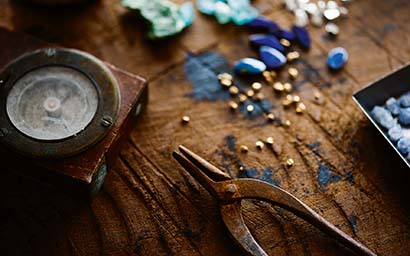 In a time of increased performance, Catherine Lafferty looks at whether Ucits hedge funds can provide the alpha that investors want.

If the joy of investment is return, its ecstasy is alpha – the return that is down to skill rather than merely good fortune. For fund managers, alpha is the equivalent of extracting a large, brilliant diamond from the bowels of the earth.

For hedge fund managers, the quest for alpha takes place among carefully plotted graphs rather than at a mine. The labour is of a different nature, but the intensity with which the two treasures are searched is similar.

Hedge funds, or at least something approximating the classic offshore models, can be structured to comply with the EU’s regulation for retail funds, known as Ucits. Ucits funds have to follow certain risk controls, such as liquidity, and they can invest only in certain eligible assets.

However, when the third iteration of the Ucits rules enlarged this range of assets to include derivatives, a path was cleared for hedge fund-style liquid alternative funds.

Great expectations
Hedge funds enjoyed a good 2017 with their highest returns since 2013. According to data from Hedge Fund Research, hedge funds in total gained 8.5%. Against this broadly positive background, some have seen great promise for the Ucits hedge fund market.

For example, Mark Weller, head of sales, Europe, Middle East and Africa at Broadridge Financial Systems, said there had been a “huge explosion” of interest in Ucits funds investing in alternative strategies.

“If you look at the scene, it is widely recognised that some of these markets have seen growth of 70%-80% in the last five years. In the Dublin market, which is a very strong market for Ucits and specifically for alternative Ucits, they have experienced growth in excess of 80% in the last five years. Luxembourg as well has done very well. If you look at assets under management now, you’re talking around €350 - 400 billion of assets now in alternative Ucits,” he says.

Sean Capstick, who heads prime brokerage at Global Prime Partners, shares this optimism and says both Ucits hedge funds and their offshore counterparts have performed well.

This year has seen market volatility and hence more differentiated returns, Capstick says. As the market isn’t rising as uniformly as last year, there are better opportunities for hedge fund managers to pick the winners.

Capstick adds that positive asset performance means hedge funds have relied less on short selling for returns. In addition, their strategies should benefit from the more volatile market environment of recent months.

Some strategies lend themselves well to trading in a Ucits wrapper, while others are suited to different structuring solutions.

Chris Reeve, director of product management at Aspect Capital, points out that although commodity futures cannot be traded directly in a Ucits fund, certificate-based structures exist that can enable them to access commodity futures and fixed income futures, though there are constraints on size and leverage.

For Aspect Capital, futures trading strategies (and also traditional long-short equities or market-neutral equities) have been popular strategies, as they tend to translate into the Ucits space without any constraints on the type of portfolio an investor would like to hold.

“When we look at putting a strategy into a Ucits fund, we look at what the portfolio looks like, what sort of range of exposures might we need to take in different asset classes, and how can we take them in a Ucits structure without impairing or having to constrain that range of exposure,” Reeve says.

Upbeat
Mark Bathgate, portfolio manager at BlueBay Asset Management, who runs both a Cayman Islands and Ucits macro hedge fund, is similarly upbeat about Ucits performance. Given that Ucits rules allow the use of futures, investors get the most liquid and efficient way of taking interest rate and fixed income risk, he says.

Bluebay’s strategies, which tend to be very liquid and more medium term-focused, not making especially significant use of complex derivatives or leverage, are particularly applicable to the Ucits hedge fund regime, Bathgate adds.

BlueBay has been long on European government bond duration. Over the past few years, it has been generally of the view that the European Central Bank would continue with quantitative easing for a long period and not raise interest rates until unemployment had fallen significantly. With the very steep European yield curve, that has on a number of occasions provided a good opportunity to go long on European government bond duration.

For a few years, Bluebay has also taken a long position on Greek government bonds, which have followed the kind of path seen in Cyprus, Portugal and Ireland in recovering from a bailout. These have resulted in substantial gains, Bathgate says, so the firm is comfortable running with them under the Ucits regulatory umbrella.

It has positioned in the FX market to short the pound through the Brexit referendum and also held positions in some emerging market sovereign bonds from Argentina and the Dominican Republic, as it believes them to be improving sovereign credit stories.

Star contributors
The US rate position and Greek government bonds position have been the largest contributors to performance during the past six months.

There has been good performance by both types of hedge fund over the past decade but the yearly record of offshore and Ucits returns shows a consistent pattern of better performance by offshore funds.

It is a pattern all too evident to Clement Leturgie, head of alternative product specialists at Lombard Odier Investment Managers, who stresses that Ucits hedge funds have underperformed, and furthermore will do so in most strategies.

Performance versus alpha
Performance and alpha need to be understood separately, Leturgie stresses. Ucits funds can deliver performance by exposure to certain factors, but are limited in leverage, liquidity and concentration.

As concentration, illiquidity and leverage increase risk in a portfolio, a Ucits fund would generally be less risky than an offshore fund; it is also more transparent, though a possible downside of its transparency is that it may encourage investors to skimp on their due diligence because they feel protected. However, regulation adds certain risks, like counterparty risk such as forcing short positions through swaps, which are often overlooked.

As ever, there is a trade-off between risk and return. One of the questions investors should ask is whether they are comfortable taking the lower returns of Ucits funds along with their reduced risk.

Yet these cautionary words are unlikely to dampen the enthusiasm of Ucits funds’ admirers. The quest for alpha extraction in both kinds of fund is likely to go on for some time to come.