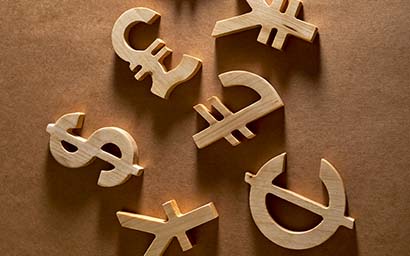 FX fees and transaction methods have come under the spotlight once again since the UK’s Investment Association issued guidelines on market practices. Catherine Lafferty looks at the scale of the issue in the UK and Europe.

Imagine a scenario whereby an agreement between buyer and seller is finally struck after a series of complex discussions, only to fall through at the last minute when one party pulls out. Worse, the party left stranded fears the information they have disclosed is being used to their disadvantage.

In foreign exchange (FX) markets, this scenario can arise from the practice of ‘Last Look’, which is where a liquidity provider, such as a bank, has the final opportunity to decline or accept a trade request. It means a dealer can back out of an agreement to trade at a previously quoted price at the very last minute – even after an order is placed.

Concern that currency brokers could act on information from clients have been around for at least four years. Confidence in the foreign exchange industry was rocked to its foundations during a slew of financial scandals in 2014 and 2015 that culminated in Barclays Bank being fined $150 million (€122 million) by New York State Department of Financial Services for abusing Last Look.

In December 2017, the Global Foreign Exchange Committee, which is made up of central banks and currency-trading banks, released a revised and tougher code of conduct on Last Look in a bid to reassure customers.

This updated ‘FX Global Code of Conduct’ incorporated revised guidance on trading in the Last Look window, known as Principle 17, which warned that market participants should not undertake trading activity that utilises information from the client’s trade request. More recently, the UK’s Investment Association (IA) issued a position paper on Last Look that aims to bring greater transparency.

It was an indicator of just how deeply concerns ran in the asset management community about Last Look.

A step in the right direction
Roger Rutherford, chief operating officer at ParFX, welcomes the IA’s initiative and says: “The asset management community clearly has concerns around Last Look. The IA has listened to the debate and discussions following the publication of the ‘FX Global Code’. Its position paper on Last Look provides clear guidance on when and how Last Look should be used, advocating greater transparency.”

However, he adds that although the position paper is “a step in the right direction”, there is still work to be done to “reassure” the asset management sector.

A more radical solution is that proposed by chief executive of the LMAX Exchange Group, David Mercer.

“The LMAX Exchange vision has always been to operate a transparent, fair, open global marketplace for FX,” he says: “As a result, we don’t allow Last Look and believe it shouldn’t exist.”

Mercer is not tempted to change his position by the industry’s global code of conduct, which he says put some “vague standards” around Last Look “but mostly transferred the responsibility on to trading institutions to understand the use of Last Look by their liquidity providers”.

The code does not set any time limit either for ‘Hold Time’, which is the discretionary amount of time during which the liquidity providers hold the client’s order to decide whether they fill it or reject it, or the Last Look window. Mercer believes that in a market where best execution is measured in microseconds, Hold Time represents a significant hidden cost for fund managers.

For the time being, the IA is focusing its energies on urging transparency and compliance with the global code.

Galina Dimitrova, director of investment and capital markets at the IA, says understanding the scale of Last Look’s usage is important as the implications may be material in terms of trading costs incurred by the client.

She says: “Last Look was developed for a reason but with our guidelines, we identify a number of instances in which Last Look should no longer be considered acceptable due to the potential for misuse of information by the liquidity provider.”

The application of Last Look is by no means uniform across the market. This is a challenge for asset managers as most of them are trading on Last Look liquidity, which differs widely across liquidity providers and trading venues.

For asset managers, best execution is now a matter of paramount importance. Under the MiFID II capital market reforms, fund managers are required to take “all sufficient steps” to achieve best execution, whereas previously they had to take “all reasonable steps”.

But Mercer cautions that achieving best execution when trading with Last Look is difficult to prove, as fund managers simply don’t have much control over their execution quality or costs. It is also impossible to standardise the use of Last Look, particularly Hold Times.

Protection
Mirjam Klijnsma, head of implementation services, Europe, Middle East and Africa at Russell Investments, believes that Last Look may not be in the best interests of the buy-side but does offer protection to the banking side.

To judge which counterparties they should do business with, Klinjsma says, it is important for asset managers to deal with a wide range of them, time-stamping all the trades.

Russell Investments developed its own electronic trading platform, designed for buy-side providers to match trades with each other.

“More focus from regulators on Last Look, the FX global code and more focus on best execution in MiFID II will hopefully move the FX market in the right direction,” says Klinjsma.
“It has its use”

Nevertheless, while there is discontent with Last Look, there are those who believe that the practice has its place. David Woolcock of the ACI Financial Markets Association, an industry body, believes the practice does have a legitimate use as a risk mitigant.

“Where it pertains to risk checks and latency checks, it is a perfectly legitimate exercise and one that I think is fairly necessary for the smooth running of the market as currently configured,” he says.

Last Look’s effect on asset managers depends on how they are executing their business themselves, Woolcock says. Some with large amounts to do request prices from a large number of market participants, which are then electronically aggregated on their side before they execute. Unfortunately, this could hit and affect counterparties very rapidly.

“As much as the code is a principle-based code dealing with transparency, I think there is a need for an honest dialogue with your liquidity providers as to how you operate and a discussion around what that means in terms of how that flow will be treated by a market-maker when he receives it,” says Woolcock.

His recommendation is that asset managers sign up to the FX global code themselves. The code is a voluntary one and in theory a supposed downside of not signing up is a reputational loss, but he says he has seen “very few” asset managers publicly say they are going to adhere to the code.

In Woolcock’s view, Last Look should continue for the purposes of risk mitigation, but that for all other purposes, it should carry a health warning. There would also be a presumption of a detailed discussion between an asset manager and liquidity provider as to why the Last Look mechanisms are being used on their flow, how it is being used and recommendations about how asset managers themselves could reduce the likelihood of rejects by altering their execution styles.

“I view it as a two way-street in which both sides have to participate,” Woolcock says.