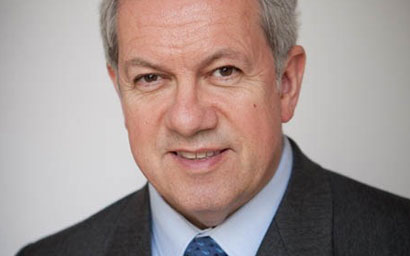 The British people decided by referendum in June 2016 that the UK would leave the European Union. The UK government and parliament have confirmed this decision, which has resulted in the triggering of Article 50 of the Lisbon Treaty on March 29, 2017, and will be followed by the beginning of negotiations to determine the legal, technical and political terms of separation.

We take note of this decision, albeit with regret. It is therefore on this new basis that we must work to define the new rules of the game post-Brexit.

The European Union is built on the principle of the four freedoms of movement of goods, services, capital and people within its member states. This is reflected in the establishment and functioning of a single market founded on a single body of rules. In the area of asset management, membership to the single market principally entails the granting of a “passport” enabling operators to conduct their management and distribution activities on a cross-border basis within the EU, while maintaining a level playing field between actors and ensuring investor protection.

SOVEREIGNTY
Asset management is one of Europe’s strengths and a key element of its sovereignty. It sits at the crossroads of financial circuits, between investors in search of returns and companies seeking funding. It is recognised for the quality of savings and investment solutions offered to investors and savers (thanks in particular to the Ucits label) and its role in financing the real economy.

The agreements that the European Union enters into, if necessary, with third countries – those outside the EU – should only give access to the single market provided that full compliance with all of these rules is accepted and that it is the subject of full reciprocity to facilitate the access of EU operators in third countries, while being closely and regularly monitored.

In respect of asset management on behalf of third parties, this arrangement is all the more crucial as it allows equal protection of investors and savers and develops their trust.

FOUNDING PRINCIPLES
Negotiations will begin. They must protect the interests of all stakeholders for the benefit of the integrity of the European Union and its founding principles. Indeed, it would be unimaginable that economic actors located in countries that are not EU member states would be able, particularly through ill-conceived and/or not legally binding ‘equivalence’ regimes, or not being the object of a regular review, to enjoy the advantages of the single market without being subject to the rules imposed on European operators.

Would a strict application of a new legal regime be an appropriate solution to protect the relationship of trust that exists between industry operators and their clients? Maintaining the strength of an industry that is even more crucial than ever to the financing of the real economy would depend on the speed with which the new ecosystem could be put in place.

These complex and sensitive circumstances could also be an opportunity for European asset managers and their European and national authorities to clarify the definition of the reality of our activity. What are the core competencies a European asset manager should possess to be eligible for the European passport? What are the limits for useful and secured delegations in the interest of investors? These are two among the many questions that will have to be answered.