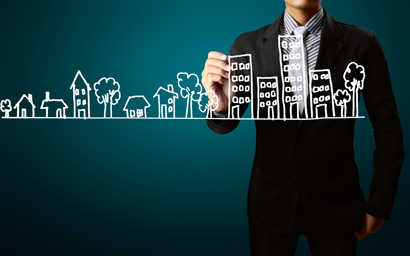 We profile some of the most interesting fund launches in recent weeks and examine the performance of a product already on the market. 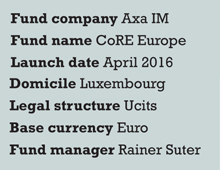 REAL ESTATE
The real assets division of Axa Investment Managers is to launch a pan-European open-ended real estate fund, which will invest in a portfolio of core real estate assets across Europe.

The fund’s core markets are France, Germany and the UK, but opportunities across the continent will be considered.

The fund has an initial investment capacity close to €700 million, and has already raised over €500 million from institutions in Europe. In time, the firm aims to increase the fund’s target size to around €5 billion.

Manager Rainer Suter, head of continental funds and separate accounts at Axa IM Real Assets, will be supported by three portfolio managers, based in Cologne, Paris and London respectively.

A spokesperson said investment in core real estate assets will offer long-term income, an ideal solution for institutional investors in the current environment. 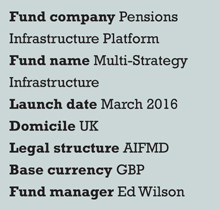 In order for smaller pension schemes to participate, the fund has a minimum commitment size that effectively allows schemes of any size to invest and still share the same terms with all other investors.

A co-investment programme is offered to larger, institutional investors, aimed at offering benefits of scale. The fund’s founding investors have already invested more than £1 billion in the fund. 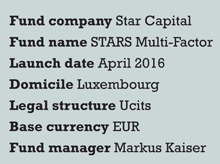 The firm believes factor premiums can generate outperformance against the broader stock market in the long term, and active rules-based risk management will allow for a significant reduction in the maximum drawdown of the equity investment, improving and stabilising the portfolio’s returns in the process.

The fund is authorised for distribution in Germany and Luxembourg, and open to both retail and institutional investors. There is a minimum investment requirement of €100,000. 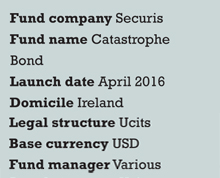 The fund will invest in a portfolio of  ‘cat’ bonds, a diversified range of risk-linked securities, exposed to catastrophe event risk (such as natural disasters) in different geographies.

The fund will target a net return of USD Libor plus 4%-5%, with low correlation to more traditional asset classes. An annual management fee aligned to the returns and liquidity available in the current market will be charged, but no performance fee will be levied.

Cat bonds were created in the mid-1990s, in the aftermath of Hurricane Andrew and the Northridge earthquake. If a catastrophe takes place during the term of the bond, investors lose money – the absence of such an event drives its returns.

A spokesperson for the firm said opportunities within the market were growing due to new perils, including terrorism, cyber crime and climate change.

Cat bond performance is generally not impacted by financial market events, such as stock market volatility or interest rate movements.

As a result, such bonds can be a source of non-correlated returns. 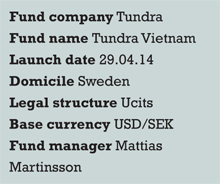 The fund uses FTSE Vietnam TR, the benchmark used by the best-performing Vietnamese ETFs, to source equities out of a universe of 700.

Manager Mattias Martinsson then constructs a portfolio of 35-40 stocks, aiming for a maximum fund size of around $25 million.

The fund has received positive returns in all sectors except for financials, which have struggled since 2008/9, and were further impacted by China’s slowdown last year.

Vietnam was still recovering from the financial crisis when the fund was launched. However, the country enjoyed GDP growth of 6% in 2014, and is forecast to exceed that figure in 2015.

Increasingly large numbers of tourists are assisting this recovery, as are manufacturers relocating their operations
from China.