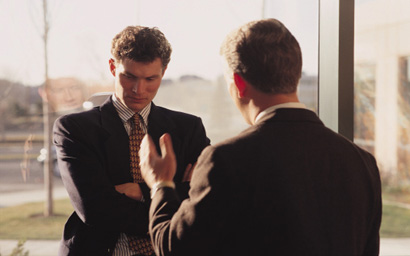 Weaknesses in accounting standards make it hard for long-term investors to hold executives to account, says a

As a result, investors are less able to rein in excessive corporate pay, prevent executives from mismanaging capital or halt “short-termism” in company management.

The group blames the adoption of International Financial Reporting Standards (IFRS) for allowing companies to produce accounts that comply with the rules but are not “true and fair” reflections of companies' underlying health.

“Numerous examples exist where accounting rules are apparently followed, but results are misleading,” reads the report. “The principles of ‘truth and fairness’ and ‘substance over form’ should be paramount.”

IFRS also allow practices, such as mark-to-market valuation, that tend to overstate profitability in boom years and exaggerate losses during slumps, says the group.

The group lays part of the blame on auditors who are not sufficiently independent of management and may be compromised by conflicts of interest. In a separate paper, the group blasts auditors for failing to provide a qualified report before the financial crisis for any of the 114 European banks that received capital injections or asset relief aid between 2008 and 2010.

The group calls for prudence to be the overriding principle in accounting standards and the link to capital maintenance requirements under company law to be clarified.

It also calls for a range of reforms for auditors including mandatory rotation of auditors every six years, a more transparent tender procedure for appointing new auditors and a ban on auditors providing non-audit functions to their clients.