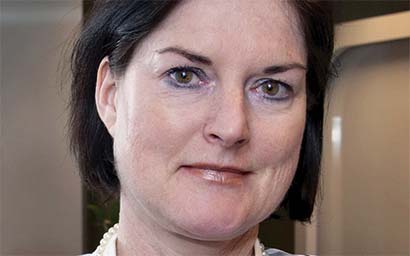 Alternative assets are set to rise but fragmentation is still a problem for the AIFMD, which is soon due for its second iteration. Managers need to rely on service providers more than ever, says Anja Grenner of Intertrust.

The second version of the Alternative Investment Fund Managers Directive, known as AIFMD II, is on the horizon. Version one, launched in 2011, has created a large, internal market for European alternative investment funds and influenced regulatory practices around the globe. The update is eagerly anticipated.

In preparation for the new iteration, Intertrust surveyed private capital fund managers to determine their views about the existing framework. The poll discovered a broadly optimistic view: the majority of respondents thought the sum of assets invested in AIFMD-compliant structures would rise over the next two years.

But the research also uncovered a widespread problem. The AIFMD has been interpreted differently by different EU member states, leading to variations in local regulatory requirements. Instead of a single, uniform marketplace, fund managers are presented with a kind of patchwork of varying frameworks – and this burdens them with cost and complexity.

Anja Grenner, director of funds at Intertrust Luxembourg, says the differing practices in various member states can be perplexing.

“Fragmentation makes setting up a fund more complicated, difficult and expensive,” she says. “The cost to set up an alternative investment fund or a depositary under the regime may differ, and maintenance fees can vary more than 100% from country to country.”

Different countries require different documentation, she adds. Once an alternative fund manager has received an AIFMD passport, for example, it might be assumed that the same documentation package could be sent to each of the local regulators in the jurisdictions in which the fund is to be distributed. But that is not the case. Each country requires a different package of documents, which are processed by local regulators at their own pace ranging from a week to two months or more.

In this confusing environment, fund managers must rely on service providers to avoid costly mistakes in their planning. “Managers often need a helping hand to take them through that jungle,” she says.

The good news is that EU policy makers are aware of the problems. However, Grenner cautions that some of the causes of regional variation are too fundamental to be resolved overnight. Germany, for example, has a long tradition of retail customers investing in unregulated limited partnership structures, while in France, such products are never sold to retail buyers. It is natural that the German and French regulators have interpreted the AIFMD differently to account for the different make-up of their funds markets.

There are further questions about how to define key terms in the AIFMD. Countries such as Germany, Italy, France and Spain seem to favour a strict approach to fund marketing in which a distribution agreement is required before a fund manager can have high-level discussions about a fund with a potential client. The UK and Scandinavia, on the other hand, are more likely to allow that such discussions are “pre-marketing”, which does not require a distribution agreement.

“Some things are easier to harmonise than others,” says Grenner, who favours a patient approach. “We’ll get there at some stage, maybe not all at once via AIFMD II, but harmonisation will be achieved over time. Ucits was and is an evolution, not a one-time shot.”