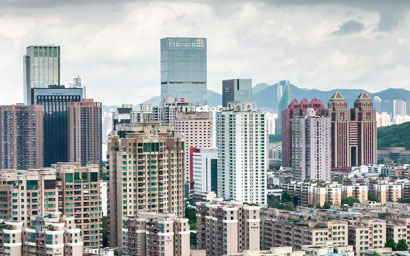 International investors now have better access to more than 800 Shenzhen-listed stocks thanks to a scheme that confirms Hong Kong’s place as a gateway to the mainland. George Mitton reports.

Open the bonnet of an electric car and the largest item you are likely to see is the motor controller. This is the device that takes power from the batteries, delivers it to the motor and makes the wheels turn.

China’s demand for these devices is thought to be worth 6.3 billion renminbi (€856 million), according to analyst firm Research and Markets, rising to an estimated 29 billion renminbi in 2020 as electric vehicles roll out across the country.

Sound interesting? Perhaps an investment in Shenzhen Inovance Technology, one of the makers of these devices, will appeal. The firm is one of 881 Shenzhen-listed companies whose shares are now more accessible to foreign investors thanks to the launch last December of the Hong Kong-Shenzhen Stock Connect.

Will the scheme be the success it is hoped to be?

OPPORTUNITY
The new stock link is being hailed as a major step forward in opening up China’s capital markets. It follows the launch of the Shanghai-Hong Kong Stock Connect about two years ago and mirrors the existing scheme. Any investor on the Shenzhen bourse with at least half a million renminbi, and any investor on the Hong Kong exchange, can participate.

“This is a major milestone towards the internationalisation of China’s capital market,” says Qiumei Yang, chief executive of ICI Global Asia Pacific.

Although international investors could previously buy Shenzhen-listed stocks before, using the qualified foreign institutional investor (QFII) scheme for instance, they required quotas to do so. Stock Connect simplifies the process. It also solidifies Hong Kong’s status as the de facto entry point for mainland assets. Hong Kong investors now have access, via Stock Connect, to more than half of China’s mainland market capitalisation.

“As of the end of October 2016, the year-to-date Shenzhen and Shanghai turnover represented around 22% of global stock exchange turnover,” says Wojciech Stanislawski, a portfolio manager at Comgest.

WHY BUY?
Fund managers are particularly sanguine about the Shenzhen exchange because of the character of companies listed there. For those who divide the mainland economy into ‘old’ and ‘new’, it is tempting to say the Shenzhen represents the ‘new’ China, while Shanghai’s exchange, where numerous state-owned enterprises are listed, represents the old.

Indeed, nearly three-quarters of Shenzhen-listed companies are in ‘new economy’ sectors, such as IT, healthcare and the services industry, according to analysis by Citi. Taking the mainland and Hong Kong exchanges together, Shenzhen is home to 55% of all listed healthcare companies, half of service companies and 45% of IT companies.

Shenzhen’s appeal is partly to do with its popularity among small and mid-size firms, which has led it to be termed ‘the Nasdaq of China’. Shenzhen-listed companies, being smaller and more nimble than their ex-state-owned peers, tend to be better at capitalising on new trends in the market, such as the rising need for electric car parts, for instance. They are also more entrepreneurial.

“Private companies tend to be more efficient and profitable, and they constitute over 70% of the Shenzhen market,” says Karine Hirn, partner at East Capital, who adds that the Shenzhen Connect programme “opens up a new chapter of free access to a highly liquid market”.

HURDLES
Of course, China is an emerging market, and investors cannot expect everything to go smoothly. Shenzhen Connect suffers from the same complications that afflict the Shanghai-Hong Kong stock link.

One problem specifically affects investors that already have holdings of mainland-listed shares under the QFII scheme or its offshore renminbi quivalent, RQFII.

“Segregation is necessary in part to ensure compliance with the quotas imposed on the various schemes, and requires careful management and accounting,” says Matthew Chan, head of product and strategy for DTCC’s transactions services business in Asia-Pacific. “Back office processes and systems need to be designed accordingly.”

Another problem, notes Chan, involves the different exchange rates of onshore and offshore renminbi, which represent “a risk factor for accounting, valuation and compliance functions”. Finally, there is the question of China’s idiosyncratic settlement system in which shares are settled the same day they are traded (T+0) and cash is settled a day after, T+1. Most of the world, in contrast, settles equity trades two or more days after they are placed, T+2, etc.

The settlement issue is typically a problem for custodians rather than asset managers. The main custodians supporting Stock Connect trading, such as HSBC and Citi, have developed internal processes that allow them to provide delivery-versus-payment settlement to their clients.

“However, as this means brokers are essentially lending money to foreign traders while they await settlement, this does not represent a long-term solution, particularly if trade volume under the connect schemes expands significantly,” says Chan.

Clearly, as Stock Connect evolves, and presumably grows in volume, a more sustainable solution must be found.

GROWTH
A more practical obstacle is that, in many investors’ eyes, Shenzhen-listed shares are expensive. Aidan Yao, an economist at Axa Investment Managers, has calculated that valuations for Shenzhen-listed stocks are on average 50 times earnings, compared with about 17 times for the Shanghai exchange.

Proponents of Chinese investing may counter that despite these valuation multiples, many Shenzhen-listed companies are good value when their growth prospects are considered. It is typical for e-commerce companies, for example, to have high price-to-earnings ratios while they are in ‘growth mode’ and seeking to capture market share from traditional retailers.

US e-commerce giant Amazon, for instance, has traded at a price-to-earnings ratio as high as 300 in the past few years. The Shenzhen exchange is home to a number of IT companies attempting similarly bold operating models.

That said, critics may respond that, given widespread expectations that the renminbi will continue to depreciate, an investment in an already costly Shenzhen-listed stock is nevertheless unappealing.

This hesitation may explain why trading volumes on the day Shenzhen Connect went live were lacklustre. About 2.7 billion renminbi went northbound on
the combined Connect scheme on December 5, failing to meet the quota limit of 13 billion.

Less than 1 billion renminbi went south, out of 10.5 billion that was allowed.

Analysts noted that the Shenzhen Connect launch attracted far less interest than the launch of the Shanghai-Hong Kong Stock Connect, when the daily quota limit in northbound direction was used up within a few hours of trading.

Perhaps the Shenzhen Connect will take time to grow in popularity. Perhaps a greater understanding of mainland market dynamics, or a fall in the renminbi’s value, is needed to unlock demand. In any case, the motor is now running. It needs some power.