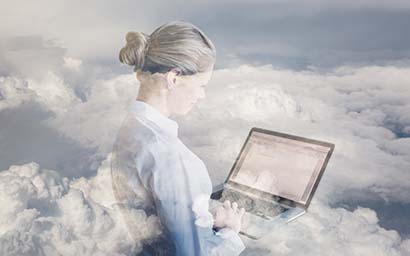 Auto-enrolment in the UK has been a great success. Six years on from its implementation, just 10% of those given the choice have decided to plough their own pension furrow, according to the sector’s regulator. These opt-out rates have been much lower than the mid-double digits many in the industry initially feared, meaning more than 40 million people in the UK are members of an occupational pension scheme, ONS figures show.

This figure is to be celebrated, but not for too long, warn experts. Getting people engaged with saving for their retirement is just the first step. Keeping them there when things change is the next challenge.

At the start of the next tax year, auto-escalation will kick in for many auto-enrolled savers. This means the 3% contribution they currently put by for retirement will rise to 5% – an increase of two-thirds.

From a pension perspective, this is sensible. The current average 4.2% rate, including the employer contribution according to the ONS, is not going to get many to £260,000, which was estimated by Royal London this year as the amount needed to fund a typical retirement.

But neither is a 5% contribution going to get most people there, either – unless they are earning significantly more than the average £27,000 annual UK salary and started very early.

While the sector started out with a “something is better than nothing” mantra to get workers comfortable with the idea of saving, the soundbites are getting tougher to come up with as the story becomes more important – and potentially trickier – to sell.

For better or worse
“The opt-out rate is really low, which is fantastic, and many savers will have seen their (mainly equity) holdings go up and thought it was great,” says Niall Alexander, head of DC Solutions at River and Mercantile. “But when there is a market downturn, the mood changes and people turn on the finance industry, start blaming ‘evil bankers’ and get turned off saving.”

Within passive funds, which make up a huge part of DC investment, there is no hiding from a market downturn. Alexander cites a larger opt-out rate for those investing primarily in passive funds. He suggests a proper risk management framework should be built into even the most rudimentary investment proposal to avoid a drop in contributions – or even savers cashing out entirely.

With many predicting market corrections, which could coincide with auto-escalation, the DC sector might be about to see a perfect storm that could undo all the good work already done.

For Lydia Fearn, head of DC at Redington, member education is an important part of engagement.

“We need to message in the good times,” says Fearn. “It is important for people to see the positives of volatility rather than just trying to cash out in a crisis. Contributions are not reliant on one market movement and there will be ups as well as downs.”

Redington, and others working in the space, try to temper members’ expectations when explaining the expected performance of a fund.

“We look at the usual and worst-case scenario,” says Fearn. “Never the best case. We need to get people thinking about managing risk rather than just imagine their money going up.”

For Chris Wagstaff, a defined benefit trustee who is also head of pensions and investment education at Columbia Threadneedle Investments, the key is working with human behaviour.

“It works in other areas of social policy, why not pensions?” he says.

Normalising and socialising pension saving – in the good and bad times – is key to its widespread stable take-up.

“We create a positive social norm,” says Wagstaff. “Employing phrases like ’People save this much’ or ‘Everyone is doing this’.”

This nudging approach can be very effective – consider the recent move away from plastic straws – and works better on the human psyche than a telling off.

It is easy to fall into “anchoring”, according to Wagstaff. If people see the initial 3% contribution, many will think “that must be the levels experts have come up with” and get fixated on sticking with that figure.

Wagstaff has just produced an in-depth report into DC engagement with CTI and has scrutinised academic studies to find ways to bring – and keep – more savers in their plans.

“People tend to not look more than two years ahead,” says Wagstaff. “We have a present bias. We have an inability to align the cost of today with the benefit it might bring in the future.”

Wagstaff’s research has found people see themselves in the future as a stranger – but there is a workaround. By allocating an avatar to an investment portal, with which a person can identify their future self, the saver puts away more than twice the average levels.

Identifying the activities a saver enjoys – holidays, sports, trips to the theatre – and getting them to see a time they might no longer be able to enjoy doing them is a key tactic, too. If people have trouble seeing themselves in old age, it should be easier to envisage not being able to afford the things they can easily do today.

The oft-discussed Pensions Dashboard would be a perfect vehicle through which to lay bare what a saver has versus what they need to retire. However, as the industry and government tussle over costs and responsibility for development, before even establishing how to access and keep safe all necessary data, it seems a long way off being of any use to the current cohort that is desperately behind their suggested savings targets.

For Ralph Frank, head of DC at Cardano, the message must be made simple: “If your expenses won’t stop, how can your income? Look at your day-to-day living costs and see which are going to stop. Then you can look at how much you will need to save to be able to stop working.”

On this point, he believes companies have a duty to their employees – not only the ones retiring, but those coming up through the ranks, too.

Since 2011, companies have no legal right to make an employee retire, and many will not be able to, according to Frank, which will create a headache for UK plc. “If companies don’t do DC properly, their workforce will be hanging around, often with no motivation,” he says. This prevents progression further down the chain, creating further problems.

“Taking a longer-term perspective, adequate pension provision and engagement from the workforce is essential to company governance.”

Alexander at R&M echoes these sentiments, calling for companies to champion their pension fund offerings. “If the scheme is well run, it is of value to the employees – so tell them and they will be more likely to engage,” he says.

Focus, focus, focus
The advent of master trusts, which are run as a large, solely pensions business, might help bring more focus to the sector if they are run and marketed correctly.

Examples of these collective DC operations can be seen in Australia and the Netherlands, which have mandatory contribution systems. Both nations are frequently held up as success stories both in terms of saving levels and engagement.

“AustralianSuper used the tagline: ’It’s Australian, Super and Yours,’ and that works really well,” says Alexander at R&M. “It engaged people. In Australia, it is common to hear people discussing their pension around a BBQ or in a bar.”

Mandatory pension saving has become a fact of life for most Australians. In July, the amount will increase to 12%, and it is seldom a point of protest. The almost AU$3 trillion (€1.9 trillion) held in the gargantuan superfunds means they are significant investors in public infrastructure, enabling savers to feel a further connection.

Similarly, in the Netherlands, which has two of Europe’s largest pensions that are also hefty investors and employers in the country, the matter is never far out of the news.

These two case studies have succeeding in making the issue relevant, which is a major step to engaging savers and making them realise the dual benefit of a pension. But for many, this whole project should begin much earlier.

Gimmicks exist to get people saving more – giving a lottery ticket each time a saver deposits into their account, or more structured methods of tying a contribution increase to any pay rise – but for many, there is only one right way to do it.

Financial education is not compulsory in UK schools, which Fearn thinks is a giant oversight. Redington’s affiliate charity RedStart – alongside several others – is trying to change that in the long term, but for the time being the scale of the problem is too big.

“We could be heading for a pensions crisis,” says Fearn, “which means people will be working longer. But at least these people’s children will learn from their parents how important pensions are – and why they have to engage.”