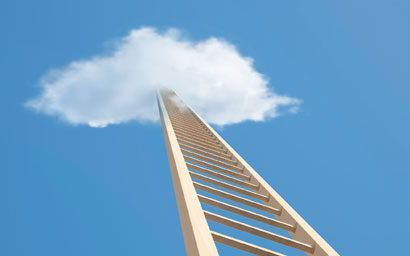 In both the boardroom and portfolio management, women are under-represented. It’s time for leaders of asset management companies to tackle the shortage of women in senior roles, Alix Robertson is told.

What are the issues holding women back in investment management? According to Fiona Hathorn, a former investment director and senior asset manager, there are several. These include a lack of role models; little exposure to the sector at home and university, leading to poor knowledge; negative press coverage; and inadequate recruitment efforts.

Hathorn, who has worked at Hill Samuel Asset Management and Old Mutual Asset Management, is a managing director of Women on Boards UK (WOB), a social enterprise that supports women seeking non-executive directorships and other board-level roles.

The proportion of women in investment management and their ability to progress is a topic that presents a diverse range of issues, from reports that the number of female fund managers is decreasing, to the need for better female representation at senior level. The latter issue is highlighted by groups such as WOB and the 30% Club, a group of business leaders that aims to achieve 30% female representation on FTSE 100 boards by the end of 2015, founded by Helena Morrissey, chief executive officer of Newton Investment Management.

Many firms are focused on gender diversity but despite some advances, private client investment and financial planning group Bestinvest found last year that only 7% of retail investment funds, such as unit trusts and Oeics, were managed or co-managed by women.

The study, published last June and based on analysis of the five largest Investment Association sectors, found that the proportion of funds that were run by women ranged from 4% to 10%. Women ran 4% of funds in the UK equity income sector; 7% of UK all companies; 8% of corporate bond and global sector funds; and 10% of mixed investment funds.

Although these figures are an increase on 2013, the numbers are still painfully low, and the outlook in the US is not much better.

A WAY TO GO
According to Morningstar, at the end of the first quarter of 2015, female fund managers made up only 9.4% of fund managers managing US open-ended funds, and 11.8% of managers for exchange-traded funds. Women exclusively managed 184 funds, representing about 2% of the industry’s funds and assets.

Figures for tenure were also lower than those for men. Only 37 women have continuously run a mutual fund for at least a decade through to March 31, 2015.

When it comes to the number of women gaining positions on boards, the outlook is improving but there is still some way to go. The 30% Club, though broader focused than asset management, and WOB have helped, but the 23.5% of female representation across FTSE 100 boards is still below the target set by UK Labour peer Lord Davies, who has called for 25% representation by 2015.

But if the number of women lower down the ranks fails to improve, maintaining progress will be a challenge. Hathorn says firms need to set gender recruitment targets and manage their internal promotion processes to ensure that everyone gets access to information.

“More work needs to be done by the heads of asset management companies to first accept there is a problem and then to work out an effective way to ensure their own leaders – men and women – know how to illuminate the pathway to the top for all.”

Identifying exactly where problems lie is tough and opinions vary. Is there a shortage of women entering the industry? Or is it that the number of female employees drops off after a certain number of years, perhaps when they have families or as they try to rise through the ranks?

One approach to improving this situation is the creation of networks and schemes to address some of the challenges women encounter in the workplace.

At JP Morgan Asset Management (JPMAM), the ‘ReEntry’ programme was launched in September 2013 with the aim of finding and recruiting women who had left jobs in the financial services industry to raise children or care for family members. The initial programme was a 14-week internship that provided learning and development, mentoring and front-office experience in the investment management and private banking businesses.

In 2013, JPMAM received 186 applications for 10 internship opportunities. The range of time spent away from the industry ranged from three to 15 years, and the business was successful in retaining all of the successful interns in full-time jobs.

For the 2014-15 year, there were 450 applications and the new class of ten are currently completing their rotations.

FRUSTRATION
The CFA Institute is also looking to drive change. According to the Institute’s statistics, the percentage of female applicants for the Chartered Financial Analyst qualification, an assessment that provides advanced investment analysis and portfolio management skills, remains steady but well below their male counterparts. The figures sit at just under a third, with women making up 31% of all candidates who registered in the financial year 2014 and 32% in 2015 to date.

At CFA UK, the UK arm of the institute, director of career development Sarah Maynard founded and runs the Women’s Network, a group focused on improving the recruitment and retention of women in investment management. An ex-fund manager, she was frustrated to see the slow progress of gender diversity in the industry compared to other sectors.

“If you look at the quick snapshot of a room full of investment professionals you can instantly see that there won’t be very many women in the room,” she says.

In 2012, on finding that female membership of CFA UK was only 20% out of 11,000, she began organising ‘20% events’ aimed at career development and encouraging other women into investment management.

She highlights some of the issues the group uncovered. “Some of it is as simple as women being more reticent about saying how good they are at something. There is an element of putting your head down, working hard and kind of hoping that that will be noticed.

“We all know the slightly depressing statistic that women won’t put themselves forward for a job unless they think they can tick off 80% of the criteria, but men will go at 50%.”

Events have focused on topics such as effective leadership and the ‘public voice’, where members of the network were coached on applying for roles, and how to make themselves heard in a male dominated context.

The network, which started in 2012, has more than 530 members and is the society’s biggest group.

At WOB, work on gender equality centres around three targets: building the pool of female board members and role models; increasing the transparency of the board recruitment process; and providing advocacy around issues affecting women and leadership. At present, potential changes from the UK government are a focus.

Hathorn says: “I would like the new Conservative government to take the lead and set gender targets of 40:40:20 for all government boards, departments, committees and NDBPs [non-departmental government bodies]. This basically means 40% women, 40% men and 20% either. Government ministers should be made accountable for the gender balance of the boards within their departments, once a year, in an open and transparent way.”

GOVERNMENT QUOTAS
She says that in a survey of WOB members last year, nearly 80% were in favour of mandatory targets for government boards. Quotas are appropriate for addressing the gender balance on public sector boards, she says, but she prefers targets and transparent gender reporting when it comes to boards at listed companies. She adds, however: “Quotas being imposed by Europe might be inevitable if listed companies outside the FTSE 100 do not wake up to the benefits of diversity and start to ensure that their businesses are more gender-balanced.”

Germany’s lower house of parliament passed legislation in March requiring major companies to assign 30% of seats on non-executive boards to women. Hathorn says governments increasingly recognise that inequality is real and that if their country is to stay competitive, then action such as quotas is needed.

“Sadly, they are accepting that progress is simply too slow as regards gender equality and that the economic cost to the nation of inaction is just too high.”

While important work is being done to address the issue of inequality, there is clearly still some way to go. Funds Europe asked women from across fund management to discuss their experiences, and shed some light on how to tackle key challenges.