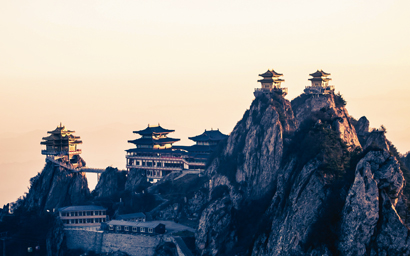 The collapse in China’s stock market this summer shook world markets and caused panic across Asia. George Mitton examines how the asset management world sought to understand the chaotic events.

It was not exactly a surprise that China’s stock markets fell this summer. Many in the financial world had predicted that the rapid rise in stock prices seen since the start of the year would presage a correction, and China sceptics have for months been saying that debt problems – the tumours in the belly of the expanding dragon – would soon turn cancerous.

That said, no one really knew when a correction would happen or how severe it would be. Cue a flurry of fund manager commentary seeking to understand the events as they unfolded (and reassure clients that the managers in question had not been taken completely by surprise).

The commentaries naturally expressed a range of views. The most common, perhaps, was: don’t panic. Many fund managers who have been patiently raising assets for China or Asia-focused equity funds do not want to see those assets outflow.

There was, perhaps, a tendency to downplay the severity of the crash in order to prevent panicked investors from withdrawing their cash.

On the other hand, there were more than a few analyses of the ‘I told you so’ variety. Again, it’s an understandable reaction. Can you blame an economist who for months has been producing doom-laden reports about Chinese debt for adopting a self-satisfied tone when a crisis finally hits?

Between these two poles were the more useful, nuanced responses, which sought to balance the worrying signs, such as China’s overspending on unneeded infrastructure and ‘ghost cities’, against positive indicators, such as growth in the Chinese telecoms and services sectors.

WHAT HAPPENED?
There were several warning signs this summer that seemed to predict a fall in the value of Chinese shares. In July, it transpired that Chinese exports had fallen more than 8%. Purchasing managers’ data had been weak all summer, hinting at a slowdown in growth. In late August, manufacturing output data in China fell to its lowest level in more than six years.

The takeaway, to many analysts, was clear: China was nowhere near its stated growth rate of 7%.

“We have known for some time that ever since the credit crunch in the West hammered global demand for Chinese exports, the Chinese kept their growth miracle going through massive infrastructure spending projects which resulted in the construction of airports, roads, underground systems, whole cities and more,” says Guy Stephens of Rowan Dartington Signature, a wealth manager based in the UK.

He adds: “But there is only so much real estate, empty office blocks and under-utilised infrastructure you can build before eventually the misallocation of capital causes a pause so that demand can catch up.”

“It seems that many market participants were counting on a decisive action by the Chinese central bank and are panicking at the idea that there might be no pilot in the Chinese plane,” says Eric Chaney, head of research at Axa Investment Managers.

When markets are driven by sentiment, solid facts can sometimes be overlooked. Chaney argues Chinese authorities do have the ability to support domestic demand through a mixture of fiscal and monetary stimulus, “even if this requires twisting the arms of some local authorities and senior bankers”.

In Chaney’s view, there is a pilot in the Chinese plane. Unfortunately, many investors disagree and have been reaching for their parachutes.

TOWN AND COUNTRY
How severe is the problem? There is good evidence of severe imbalances in the Chinese economy. As ever, economic success is not uniform across the country. While economic powerhouses such as Shanghai may continue to prosper, the situation is not the same in the countryside.

“Sales of land for property development, their main source of income, fell 38% between January and July 2015 and funding from a new bond issue programme is taking shape but still proceeding too slowly. As a result, investment in the provinces is depressed.”

Another aspect of the problem, ironically, is that China’s anti-corruption drive may have stalled infrastructure development.

Some officials seem to be postponing projects rather than launching them, for fear of inviting an investigation into graft.

However, there are positive signs too. Coal consumption by the country’s six largest electricity producers rose in July and August after a fall in June – bad news for pollution-choked cities but indicative of a rebound in industrial output.

Domestic prices of coal, steel and cement stabilised in August. Home sales by total floor area were up in the first seven months of the year compared with the same period in 2014.

For these and other reasons, Gaud says he is optimistic about China’s economy in the coming months.

THE NEW CHINA
Other analysts, such as William Fong, investment director of Asia-Pacific equities at Baring Asset Management, Hong Kong, says investors should not worry too much about a growth slowdown anyway.

“Not only is economic growth not necessarily a good predictor of equity returns...” he says, “but a focus on such traditional measures also ignores the extent to which China’s economy has rebalanced in recent years.”

Heavy manufacturing and property construction have been a declining part of China’s economy for some time, he says. In contrast, retail sales, telecoms volumes and passenger traffic are rising, indicating that the services sector is alive and well.

The key, according to Fong, is for investors to balance their portfolios towards the “new China” by buying companies that are supply China’s consumption boom.

“Everyone knows about Tencent and Lenovo, but we think the future is bright for companies such as Geely Automobile, a Chinese car-maker able to sell in the EU, and Provence-style body and skincare brand L’Occitane, which has international as well as domestic exposure.”

Most sober analyses of the China situation have explained the recent stock market falls in terms of underlying factors in the Chinese economy and the way investors have reacted, or overreacted, to economic data. But there are some exceptions. Some in China have blamed the stock market crisis on an unexpected scapegoat.

Wang Xiaolu, a reporter for business magazine Caijing, was arrested on August 25 for “fabricating and spreading false information about securities and futures trading”.

He has since confessed on state television to writing a “sensationalised” story about the stock market that created “panic and disorder” among investors.

“As well as ridiculous, the accusations against Wang are symptomatic of the Chinese government’s desire to control media coverage of share price movements,” says Christophe Deloire, secretary-general of Reporters Without Borders, which campaigns for press freedom.

“Suggesting that a business journalist was responsible for the spectacular fall in share prices is a denial of reality.”