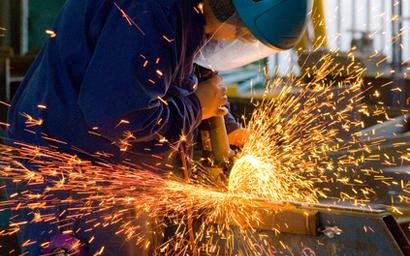 More investment by US and foreign multi-national companies to make the US a production base for exports could help reduce the national trade deficit in the coming years, says Joseph G. Carson, US economist and global economics research director at AllianceBernstein.

In recent months a number of US-based companies, including Caterpillar, Intel and GM, along with international firms like Samsung of Korea and BMW of Germany, have announced plans to increase investment in the US, while some US firms have begun to export more from their US bases.

The backdrop for this is that US manufacturing is benefiting from improved productivity and lower unit labor costs relative to its key trading partners, notes Carson. A more competitive US dollar also helps.

“Global conditions are aligned for a steady and sustained reduction in the US trade deficit in the coming years,” he says.

However, he adds: “But these trends will only translate into a healthier trade balance if multinational companies—both US and foreign—fully exploit the advantages of turning the US into a production base for exports or import substitution.”

US multinational companies alone ran a $172bn trade deficit in 2008. Carson says he believes these companies, along with their non-US peers, have the capital and
operational scale to trigger changes in global investment, production and trade patterns. “Eliminating the deficit of US-based multinational operations would cut the US trade deficit by a third, and we hope lawmakers understand just how important it is to make it easier for these companies to operate in the US.”

Carson notes also that, surprisingly, the key driver of US export growth in recent years has been US companies that are not multinational groups.