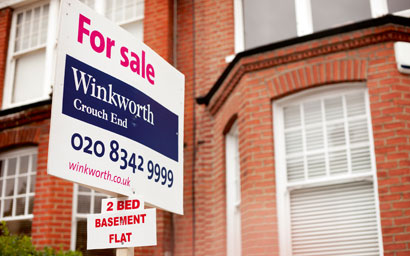 Attention has turned to UK commercial property as investors hunt for yield. But the lessons of the financial crisis, which revealed the perils of real estate investing, are forcing them to approach the sector differently, writes Orlando Crowcroft.

UK commercial property funds have grown by about £8 billion (€11 billion) over the past two years with returns in 2014 close to 20%, as measured by the AREF/IPD UK Quarterly Property Fund Index.

With low interest rates and historically low yields on bonds, the inflow to UK property funds probably reflects what international investors are doing in their continued hunt for yield.

“Bond refugees” is how James Walton, head of real estate at Canaccord Genuity Wealth Management in London, describes the main theme. “It has been very hard to get a solid return on fixed income relative to years past and real estate has offered pretty good value opportunity in most cases,” he says.

But memories of the financial crisis – when investors were locked up in commercial property funds as portfolios shed as much as a quarter of their value – linger. Consequently, the approach to property investment is changing. After highly toxic property assets were traded in the run-up to the financial crisis, investors now want more information about what their fund managers own.

“Investors want to know exactly what assets are in the fund,” says Jon Barratt, director of real estate services at fund management firm Elian. “They want to be able to touch and feel it.”

But the information about property assets is less accessible than, say, information about equities. The former is a private market; the latter public. This is a challenge for investors, says Steve Grahame, who manages the $30 million (€27 million) IFSL North Row Liquid Property Fund at North Row Capital, which is owned by Brooks Macdonald.

A consequence is that funds across the board have become substantially smaller. According to Barratt at Elian, in 2014, a fund that had invested $1.5 billion over the previous five years could count itself among the top 40 largest funds in the world. To be so high up in the tables five years ago would have meant managing more like $50 billion, when funds swelled with cash from the major investment banks such as Lehman Brothers, Morgan Stanley and Goldman Sachs.

“That comes from investors wanting to know more about their funds,” says Barratt, adding that asset managers are launching smaller funds to provide a level of comfort for investors.

Another dynamic in the changing approach to real estate investment is the oversight that investors require. Philip Hendy, a wealth manager at corporate services firm JTC, says many investors are no longer willing simply to deposit money with fund managers and leave them to get on with it. They prefer instead to operate on a deal-by-deal basis, backing only the deals investors like.

Fund managers have had their wings clipped. Ultimate authority rests with investors. Hendy says this is particularly true for major investors from Asia, who generally prefer a private equity style of investment, pumping capital into property or projects directly, rather than though a fund.

So, if investors are scrutinising deals more – and by extension presuming to have the capability they once outsourced to fund managers – why not just do it themselves, either individually, or by clubbing together and sharing resources with other investors? Canaccord’s Walton says that, while this was popular in the years immediately after the financial crisis, this trend is easing off now – which is no doubt good news for managers.

People are recognising they do not always have the expertise in-house, Walton says. “Investors don’t want to be signing off on every deal taking place, so I think it has gone back to finding professional managers and having them do what they are best at.”

Club deals certainly have distinct challenges – not least that everybody involved has to get along with each other. Even with the benefit of sidelining management fees, often investors have very different timescales and strategies. Without a manager to mediate that, the result is generally chaotic, says Grahame at North Row Capital. “Club deals are a bit like entering a marriage: everyone is pleased to do so, until someone wants to go their own way. They don’t work, it is as simple as that,” he says.

FLIGHT TO QUALITY
But the question remains of where exactly fund managers sit in the new investor hands-on world. Can they keep their authority and leadership as investors scrutinise more and more where their money is going? Does the trend imply a growing lack of trust in fund managers? If so, where will it end?

Large institutions are happy to hire fund managers, but there is a flight to quality names and quality firms, says Hendy. On the management side, says Grahame, the role of managers may be changing, but it is certainly not becoming redundant. If anything, investors are focusing on more than just the return.

“I think it is untrue to say people are less trusting of their fund managers, certainly not in my experience. I think people are drawing on fund managers in a different way: not only to manage money but to assist in their future decision-making,” Grahame says.