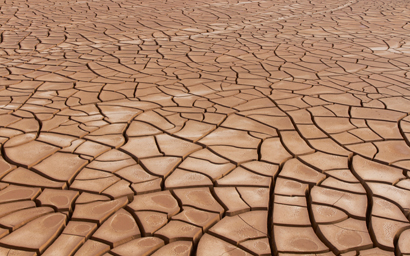 Water scarcity is a huge problem. The use of water in production can lead to portfolio risks that are hard to quantify – but there are also exciting opportunities, writes Fiona Rintoul.

“We never know the worth of water until the well is dry,” wrote the English doctor Thomas Fuller in his 1732 volume, Gnomologia: Adagies and Proverbs. Climate change, pollution and population growth mean the well has been running dry in many places, providing a sharp reminder of the unmatchable worth of the finite resource of water.

Brazil is experiencing the worst drought in its history and in January 2014, a severe drought forced California to declare a state of emergency. Wildfires, blackouts, drinking water shortages and agricultural strain are just some of the consequences.

Indeed, the statistics around water supply and use are nothing short of terrifying. Globally, the volume of renewable water available to each person in a year fell by roughly 40% between 1992 and 2014, according to a RobecoSAM study (Water: the market of the future). Seventy per cent of the world’s groundwater basins are under stress, says Ma. At the same time, we’re using more water – global annual water extraction totals 4,500 km3 today compared with 600 km3 in 1990.

“It will get worse because the global population is still growing and demand for water will increase,” says Dieter Küffer, senior portfolio manager in the RobecoSAM Sustainable Water Strategy.

Globally, 2.5 billion people, more than 30% of the population, still lack access to adequate sanitation, according to the UN’s Millennium Development Goals. As these people see increased living standards, they will ask for access to improved sanitation. The growing middle class in emerging markets will also consume more water, both directly and indirectly – through increased meat consumption, for example.

Of course, as much as these statistics send a shiver of fear down the spine, they also create an imperative to act and an environment that supports growth. Thus, says Küffer, sectors such as water analytics and water treatment technology have grown faster than global GDP.

“To look at it coldly, a degree of uncertainty does support the underlying investment opportunity,” says Simon Gottelier, senior portfolio manager at Impax Asset Management and co-manager of the Impax AM Leaders and Water strategies.

Certainly in China, which is experiencing the largest urbanisation drive in history with a target to move 350 million people from rural to urban areas by 2050, the fear factor has been a belated spur to action. The government committed to huge water infrastructure investment programmes in both its 12th and 13th five-year plans.

“There is a 100% correlation between water availability and GDP growth,” says Gottelier. “Without water you cannot grow the economy. There is no industry that does not need water.”

Meanwhile, in the developed world, existing infrastructure needs to be refurbished after decades of underinvestment. The American Water Works Association estimates that 18% of drinking water is lost each day through leaking pipes and broken water mains in the US.

“Water pipes are underground – out of sight, out of mind,” says Gottelier. “Refurbishment projects were sidelined because of the financial crisis. There is pent-up demand driving what we think is going to be steady growth in this sector.”

The unprecedented drought in California was a wake-up call, and refurbishment projects are now underway. But, says, Gottelier, in the US at least, there is a substantial gap – $85 billion for projects to 2020 – between the required spend and what will be deployed.

“That speaks to a huge and growing market,” he says.

In some cases, however, investors are only now waking up both to the potential impact of water scarcity on their investments and the investment opportunities in water supply, management and treatment. When RobecoSAM began investing in the sector in 2001, it was a pioneer.

“Awareness is starting to grow,” says Küffer. “Other asset managers are getting more interested in the water space.”

At the same time, mapping water risk in general portfolios has become a topic, particularly for those companies that already incorporate ESG (environmental, social and governance) factors into their overall risk management. At MSCI, the ESG research team has been doing work on benchmarking and quantifying water risks in portfolios. One of the main problems with this is that water risk is very localised.

TENSION IN THE DATA
“You can’t call it a systemic issue,” says Cyrus Lotfipour, a senior associate in the MSCI ESG research team. “It needs to be locally assessed.”

The local nature of water scarcity is one of the factors that makes it so difficult to deal with. Unlike other valuable commodities, water cannot easily be transferred. There are some initiatives to transfer water from one area to another, such as the South-North Water Transfer Project in China, and virtual water transfer, which quantifies the hidden flow of water when food and other commodities are traded from one place to another, can provide a partial solution. But in general, water transfer is difficult and expensive. In other words, if I have lots of water and you don’t have enough, I can’t help you – or even profit from your lack.

This means water scarcity solutions have to be local – even in a global business in a globalised world. For risk assessors such as the MSCI ESG research team, this creates a tension in the data, not least because the supply chain in some industries, such as agriculture and textiles, can be complex.

“We need to take a local approach but we don’t want to compromise the scalability of the research with the granularity of the data,” says Lotfipour. “With water we aggregate localised data to a company level. If we take a portfolio-level view, that dilutes some of the signals.”

It’s an area that is still developing. There is a lot of room for innovation and improvement, and new data sources add to the researchers’ toolkit all the time.

“Being able to take a portfolio-level view and do that on a scalable basis is the Holy Grail,” says Lotfipour. “The next frontier is being able to provide meaningful signals at the portfolio level and indices.”

INVESTMENT OPPORTUNITIES
When assessing companies for water risk, one of the factors the MSCI ESG research team considers is how a company manages its water use. Does it commit to water targets? Does it have recycling initiatives? It is primarily around these water management responses that the investment opportunities lie. Impax AM’s Gottelier identifies three investment segments: water infrastructure, water treatment and water utilities.

“When people think of water, they think of water utilities but that’s a relatively small component of the opportunity set,” he says.

“If you take the example of chemical treatment, that needs to be done regardless of economic growth,” says Gottelier.

Water treatment and recycling are the areas where some of the greatest innovations are taking place and where some of the most exciting investments are. As we cannot get more rainfall, these solutions – alongside improved efficiency – are the only way to solve the world’s water scarcity problems.

RobecoSAM’s Küffer cites the example of urban farming. “You almost have a closed loop. You feed the fish and use the waste from the fish to grow the vegetables. Such solutions offer a lot of potential, but they are regional.”

Meanwhile, in drought-hit California, toilet-to-tap water reuse is helping to put water back into the system. This can be done directly or indirectly by injecting treated sewage into the aqua flow. “That’s deemed to be more acceptable,” says Gottelier.

Such consumer squeamishness also extends to price and can inhibit development by blocking consolidation. Communities will resist takeover of their water utility by a world-class global supplier if that means a rise of few per cent in their water bills, even if they are going to get a much better service, says Gottelier.

“People have this notion that they have a right to clean water and they probably do, but unless you’re living in the Brecon Beacons, water needs to be treated.”

Water recycling and reuse, and water analytics, are the future, then. Investments have the potential to grow fast – Küffer says he estimates that desalination, for example, will grow by 12% per year – and the opportunity is potentially huge. The RobecoSAM study expects opportunities related to the water sector to reach $1 trillion by 2025.

“Cross-border solutions are needed in some countries,” says Küffer. “In some areas, political tensions are created by water issues. For example, several dams in Turkey are storing water from the rivers Tigris and Euphrates, thereby reducing the flow of water into Iraq and Syria.”

As the global population continues to grow and use more water per head, these tensions will only increase if viable solutions are not found.

According to BAML, global water demand is set to overshoot supply by 40% by 2030; and by 2050, 3.9 billion people will be living under severe water stress with as many as 50 countries at risk of conflict over water.