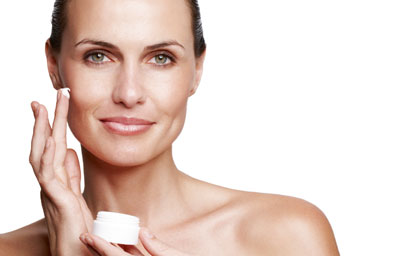 Ageing brings together a number of thematic investment topics, including technology and population growth. Fiona Rintoul explores further and looks at some of the companies piquing fund managers’ interest.

If you want to understand how important ageing is as an investment theme, think about anti-ageing. When I was a girl, my mother used Oil of Ulay moisturiser – and so did everyone else’s mother. Oil of Ulay (now mysteriously renamed Oil of Olay) promised to moisturise your skin, and it delivered on that.

In the intervening decades, the global population has aged and pseudoscientific, anti-ageing products have deluged the skincare market. Never mind that most of them are clinically proven not to work – the market for anti-ageing products and services was valued by BCC Research at $249.3 billion in 2012 and is projected to rise to $345.8 billion by 2018. Sales have stagnated recently, but that’s only because everyone is getting in on the act.

“Lines between the anti-ageing and general facial skincare categories continue to blur, hampering sales growth for both markets,” writes Shannon Romanowski, senior beauty and personal care analyst at Mintel, in a 2014 market report.

Look for Oil of Olay today and what do you find? Not the harmless pink-tinged moisturiser my mother knew, but “total effects 7-in-1 anti-ageing instant smoothing serum”.

You can imagine how this market might grow when the population ages further, as it shortly will. According to a June 2014 report from Bank of America Merrill Lynch, the number of older people (aged 60-plus) is expected to more than double from 841 million in 2013 to more than 2 billion by 2050 (source: UN), with people aged 65-plus estimated to outnumber children under five for the first time in history in 2047 (source: UN).

That’s a lot of wrinkles to smooth. But the anti-ageing market throws up one of the main problems with investing in the theme of ageing: it’s an ethical minefield. Care homes, private healthcare, silly creams: these are all issues with a political dimension. Is it ethical to invest in companies that use what is basically a load of old codswallop to push anti-ageing skincare products – to say nothing of ‘cosmeceuticals’, ‘natroceuticals’ and other excitements of questionable value?

Some think not. Anne Froideval, SRI (socially responsible investment) portfolio manager at BNP Paribas Investment Partners, says: “In our BNP Paribas Développement Humain Fund, we don’t invest in companies producing only beauty products or vitamin supplements. We want the fund to be more focused on basic needs rather than on wellbeing products.”

WEALTHY AND UNHEALTHY
Healthcare is one of the most obvious ways to play the ageing theme because as people age, they typically spend more on it.

According to Jack Neele, manager of the Robeco Global Consumer Trends equity fund, a shining example of a company that stands to benefit from demographic changes is Novo Nordisk, a leading diabetes franchise.

Novo Nordisk also illustrates how much interplay there is among different investment trends. “Rising diabetes comes with age, but it’s also a consumption or wealth disease,” says Neele.

The computer company Apple is another example of a company that straddles trends. One trend pursued by Neele’s fund is consumers’ preference for strong brands, such as Apple. This very obviously straddles another trend: the shift to digital and the internet. Somewhat less obviously, perhaps, it also straddles the ageing population trend.

Neele identifies catheters and stoma care appliances as products for which elderly patients have a real need. A leading provider of ostomy, urology and continence care is Coloplast, which is also responsible for the WheelMate app – available from iTunes – designed to help wheelchair users find clean, accessible toilets and parking spaces.

Other healthcare companies have also developed apps that older people might want to use. For example, Sanofi, a global healthcare company, has produced an iPhone app that helps people to control their diabetes. GN Store Nord, a hearing aid provider, has developed a hearing solution through the ‘Made for iPhone’ (MFi) programme so that users don’t need a wire between the iPhone and the hearing aid.

“You don’t need a physical device,” says Froideval. “It’s very good in terms of interactivity between the two ears and it means younger people can be equipped.”

This helps to solve problems caused by late adoption of hearing aids. While most people don’t hesitate to get reading glasses if they need them, Froideval says people typically take six to seven years to make up their minds to get a hearing aid. By then, they are often too old to adapt to one.

Apps like these give older people a reason to buy a smartphone or an iPad. Having acquired such a device, they may find it helps with other issues, such as living alone. Skype, Facebook and other social applications can help elderly people to stay in touch with family and friends, even if they are physically frail and don’t get out much. “Older people are motivated now to get this type of technology because it is useful,” says Froideval.

There is also scope for ameliorating serious health problems through technological solutions, reducing their impact on a person’s life.

“Portable devices can make hospitalisation at home possible,” says Froideval. “They allow patients to be checked at home the same way they would be in hospital. Some conditions can also be treated at home using portable devices. Home haemodialysis is sometimes possible for kidney patients, for example.”

Technology can also help with issues that are not about ageing, exactly, but societal changes that go hand-in-hand with ageing.

“As women have children later and later, premature birth becomes more of an issue,” says Seb Beloe, head of research at WHEB Asset Management, a specialist sustainability fund manager. He cites the example of Mednax, a US company that provides neonatal units for premature babies.

RISE OF THE MACHINES
Another way technology can help solve the problems of an ageing populace is through automation. In Japan, for example, which has the world’s oldest population, some companies have used automation to compensate for the dearth of young workers.

“It’s not uncontroversial,” says Beloe. “There’s scope for it to be applied in regions with less of an ageing population where people want jobs.”

Of course, companies could also deal with this problem by recruiting more older people – particularly in industries, such as oil and gas and engineering, that struggle to attract young graduates. That would also help to solve the many issues developed countries face in providing adequate retirement provision.

Kingfisher is one company that actively seeks to recruit more experienced workers, says Beloe. However, it is in a minority. Companies’ attitudes to older workers do not yet appear to be an important SRI consideration for most investors, though arguably it should be. “It’s an emerging challenge,” says Beloe.

In any case, automation has applications beyond replacing an ageing workforce. It can also help with resource efficiency as the global population grows and resources become more scarce. This again illustrates how interrelated today’s dominant investment themes are.

“You have to ask what you mean by ageing,” says Froideval. “It’s all associated with the fact that we will have a population of 9 billion by 2050.”

That statistic reminds us of another important investment trend: population growth in emerging markets and the rise of the emerging-markets consumer. As consumption patterns change in emerging markets, people there are beginning to live longer too, leading to the same problems faced by developed markets.

Sanofi has observed that diabetes is already rampant in the Middle East, sub-Saharan Africa, southeast Asia and the Pacific.

“Many countries in these regions are experiencing rapid economic development and significant urbanisation and have populations that are ageing and whose eating habits are changing and physical activity decreasing,” the company says. “These lifestyle changes have contributed to an increase in obesity and in making diabetes a significant cause of death worldwide.”

Urbanisation is another huge trend that impacts on the ageing population trend. “We became an urban species in 2007,” says Beloe. “We will build as much urban infrastructure in the next 40 years as we built in the last 40,000. That means demographic changes and more people living in single occupancy.”

These kinds of changes mean that a country such as China, where old people were traditionally cared for by their families, is now building care homes for the elderly. Orpea, a French company with 56,314 beds across 579 facilities in Europe, recently became one of the first European care home companies to go to China when it opened a facility in Nanjing.

In fact, Chinese authorities are so desperate to have new retirement homes that they have relaxed the normal foreign investment restrictions for this specific issue, says Froideval. A few figures shed light on the reasons.

“By 2050, the number of people in China with Alzheimers will be equivalent to that of the developed world,” says Froideval.

The impact of these trends on our lives is in many ways obvious, which is why investors tend to respond to thematic funds. It is, says Froideval, a story they can understand.

In the end, all the themes are connected and it isn’t so much about ageing as about human development (to use the name of the BNPP IP fund).

“These long-term trends aren’t rocket science,” says Neele. “We can all recognise the changes that are occurring.”