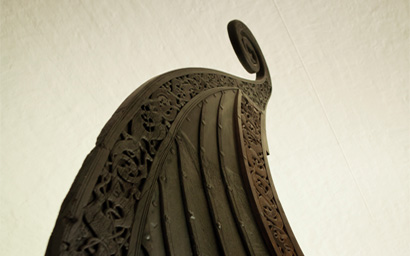 The Nordic countries, with the exception of Iceland, have emerged as a relatively safe haven during the eurozone crisis. Many say this fiscal strength is due to reforms made after a banking crisis in the early 1990s, finds George Mitton.

In Stockholm, the air is clear, the sun is bright and there is a sense of quiet confidence. And why not? Sweden, the largest economy in the Nordics, is now one of the safest sovereign credits in the world. It is a part of Europe, and has all that entails – generally sound governance, transparency, lack of corruption – but it is outside the troubled eurozone, in charge of its own affairs, and overseen by a treasury minister, Anders Borg, who was recently ranked as the most competent in Europe.

Executives in the asset management world in Sweden will quietly tell you that the eurozone crisis has not been entirely negative for the Nordic region. Of course, it has dented exports and squeezed growth. But some of the money that was being held in continental Europe has been diverted north to the comparative safety of Swedish, Norwegian or Danish currencies.

Yields on Nordic government bonds have been pushed to record lows, fixed-income products from Nordic asset managers have seen inflows and, while the sovereign debt problems drag on, the economic status of the Nordic countries looks better and better by comparison.

“Interest has really picked up since early autumn. We see a tremendous lot of interest from abroad,” he says.

“Where to put money if you don’t put it in continental Europe? The Nordic countries are seen as solid economies, export-oriented, very transparent, non-corrupt.”

Data from EPFR Global seems to support the claim that money has flowed out of bond funds in continental Europe and into funds that invest in Nordic government bonds. Assets under management in Norwegian bond funds have risen 60% in the six months ending March 1, and assets in Swedish bond funds have risen 10% (see chart overleaf).

In the same period, assets under management in French bond funds fell 5% and assets in German bond funds, after a strong start in autumn, have begun to decline.

EPFR research director Cameron Brandt warns that, discounting the major markets such as the United States and Germany, the universe of single-country bond funds is not large and that EPFR’s database does not include them all. But other evidence points to the same conclusion. Yields on Swedish and Norwegian ten-year government bonds are now about 2%, reflecting high demand for these assets.

Nordic government bonds have pitfalls, of course. As well as paying meagre returns, the low yields mean the bonds could lose value if interest rates rise. In addition, the market for Swedish and Norwegian bonds is not nearly as large and liquid as the market for, say, German bunds.

But despite these drawbacks, many investors are happy to buy Nordic fixed-income. One of the biggest perceived advantages is that, because Sweden and Norway are outside the eurozone, their currencies are stronger and more flexible, says Nina Movin, head of Nordic sales at Threadneedle.

“When the financial crisis broke out in late 2007-08, the Swedish krona went down and that kick-started the industrial companies,” she says. “These countries have benefited from the flexibility.”

The drastic fall in the value of the krona was not completely positive – it made imports more expensive, for instance – but in the long run it seems to have helped the country recover from the crisis.

However, it is too simplistic to say that the Nordic countries are financially strong because they did not join the euro. For a start, one country, Finland, did join the euro. In addition, the Danish currency is tied to the European currency.

Many people think the current strength has its source in reforms made when the Nordic states went through a financial restructuring prompted by a banking crisis in the early 1990s.

The effects of the crisis were deep. Carl Bildt, Sweden’s prime minister at the time, has written that in 1992, five out of seven of the country’s biggest banks were de facto insolvent. Between 1990 and 1993, Sweden’s GDP dropped by 6% and unemployment leapt from 3% to 12%, he said.

“We had our crisis 20 years ago,” says Harald Espedal, managing director and investment director of Norwegian firm Skagen Funds.

In the aftermath, Nordic countries adopted many reforms to make the labour market more flexible and put the banking sector on a sounder footing.

“We spent a couple of years getting those reforms right 20 years ago, but since then we’ve had great benefits from it,” he says. “That is the main reason the Nordic economies are efficient.”

Restructuring
In the case of Norway, there is another factor: oil. Espedal accepts that the country’s growing oil wealth has helped its finances, but he argues Norway has been “extremely clever” at handling this income stream so as to prevent the rest of the economy becoming complacent or inefficient.

This brings the argument back to structural qualities of the Nordic economies that explain their strength.

Göran Espelund, president of Swedish asset manager Lannebo Fonder, also traces the economic strength to the reforms made after the crisis of the early 1990s. “Before, we were running high inflation, huge budget deficits and high debt levels. We were in pretty bad shape,” he says.

This changed during the restructuring that followed the crisis. “We let the currency move to a floating exchange rate. But not only that, there were structural reforms in the labour market. There was a bank rescue operation that is world famous today by taking out the bad assets and, in the end, the government recouped every cent, plus some. From that, we got a stronger banking system that was more aware of some of the risks that some of the banks have run into now. It is structurally a stronger economy than ten or 15 years ago.”

The reforms have helped Sweden become more attractive to foreign investors. In the past, some in the US believed the country’s social democratic economy, with high taxation and high government spending, was uncomfortably close to communism. It was not an absurd belief. In the 1970s and 1980s, wage levels in some sectors were set by the government and there was little resemblance to productivity in industry, says Espelund.

Today, US companies are much happier investing in Sweden and there are few concerns about politics. However, the perception that Sweden’s economy has some socialist features does no harm to the numerous Swedish companies doing business
in China.

Of course, the recent reforms are not universally popular. Some feel the labour reforms risk undermining the social democratic principles that have made Sweden an equal and prosperous society. But international observers would say theirs is a mild concern compared with the havoc playing out in crisis-hit continental Europe.